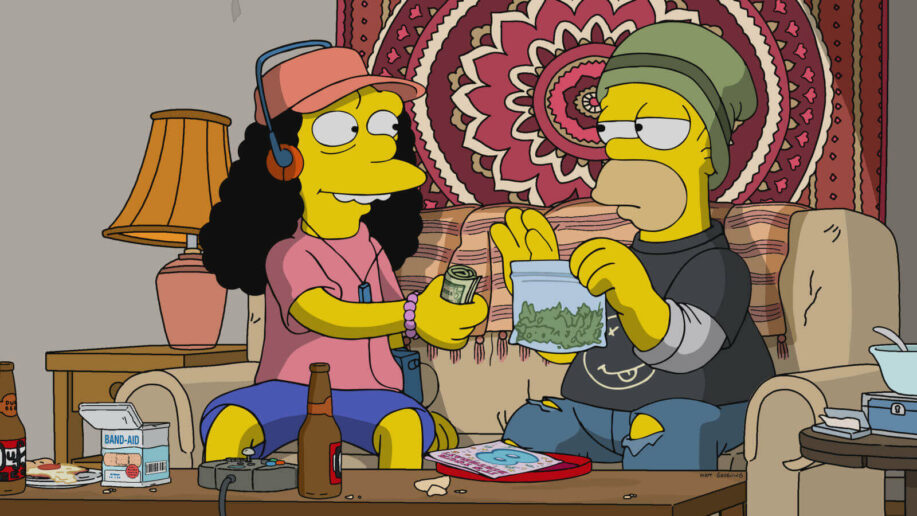 Usually, the Simpsons are way ahead of their time. So much actually, that the show’s ability to make creepily accurate predictions of the future has turned into somewhat of a running gag.

This time, however, the yellow family is way behind the times and only now catching up with legal cannabis.

In Sunday’s episode Highway to Well, Springfield joins hundreds of real-world American cities in welcoming cannabis into its community.

Without realizing what the store actually carries, Marge finds a sales job at a cannabis dispensary called Well+Good, where she sells products like gummies and CBD soda.

Turns out, Marge is actually really good at selling THC gummies, tinctures, blowtorches, and vape pens, getting pretty much everyone in Springfield on board with cannabis.

When she finally realizes exactly what she’s selling, though, Marge becomes horrified: “Pot is for Cheeches! And Chongs!”

At first, she doesn’t want to go back to her job, but her loving family gets her back on the right track, with Homer telling her to “go sell that safe, legal drug our kids should never ever use!”

But as it turns out, Springfield’s stoner mascot, Otto the school bus driver, is not excited about the swanky dispensary, that constantly gets mistaken for an Apple store.

“Psst, I want to buy some pot,” Otto says as he walks into a legal store.

“All right, pump the brakes, jorts. Got to ask a few questions first. Now do you want a body high or a front of the face buzz?” the salesperson asks.

“I don’t know. Just hook me up,” Otta replies unsure about what’s going on.

“I have the perfect strain mind. But be warned, boo, the couch-lock is strong on this one. But there’s, like, zero mind race,” explains the salesperson.

Otto exclaims, “What are you saying? I just want weed.” 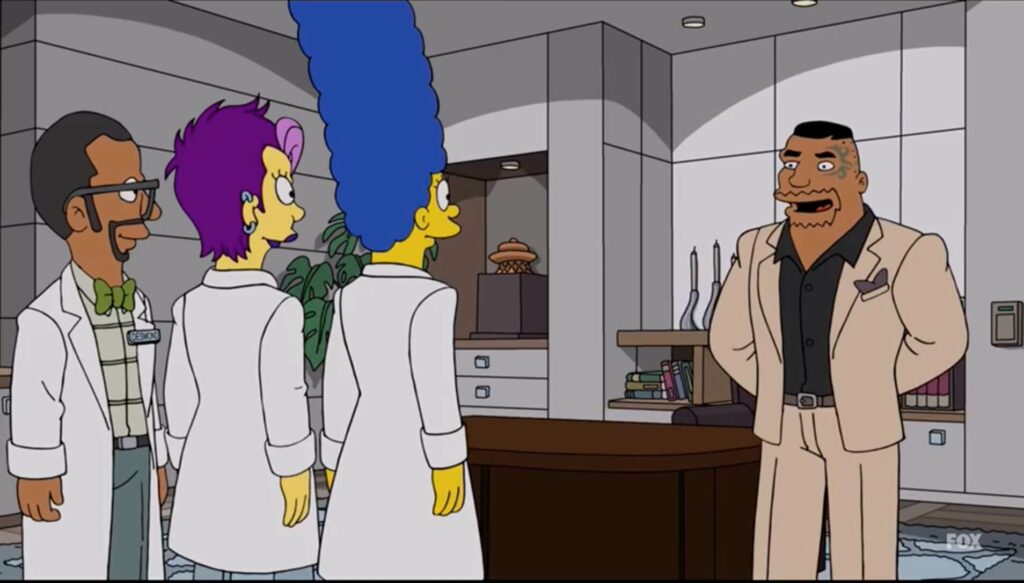 Moe Szyslak is also unimpressed with the sudden love for cannabis instead of beer and “bemoans the old days before these ‘tie-dyed bong-monkeys,’ when people just drank themselves into dangerously needless fistfights.”

Eventually, Homer and Moe come up with a plan to also cater to the old school stoners and open up a different kind of weed shop in the back of Moe’s bar that looks more like a rundown Amsterdam coffeeshop from the 1980s than a dispensary.

Marge and Homer obviously start fighting over their different approaches to the cannabis industry and the health, wellness, and culture in the new and swanky world of weed.

“Mom and dad are having a drug war,” as Bart puts it.

Like any good Simpsons episode, this one also takes an endless number of swipes at anything from Mike Tyson and his Tyson Ranch, to vapes and the recent EVALI epidemic.

This actually isn’t the first time that cannabis has made an appearance on the Simpsons. 18 seasons ago Homer actually got a medical marijuana prescription for an eye injury and.

Since Homer has had literally dozens of different jobs over the course of the last 31 years, it’s safe to say that his gig in the cannabis industry was just a one-time thing. While you’re still stuck in quarantine and have some time to kill, you can watch the full episode here. Just don’t forget to get into the proper headspace first.