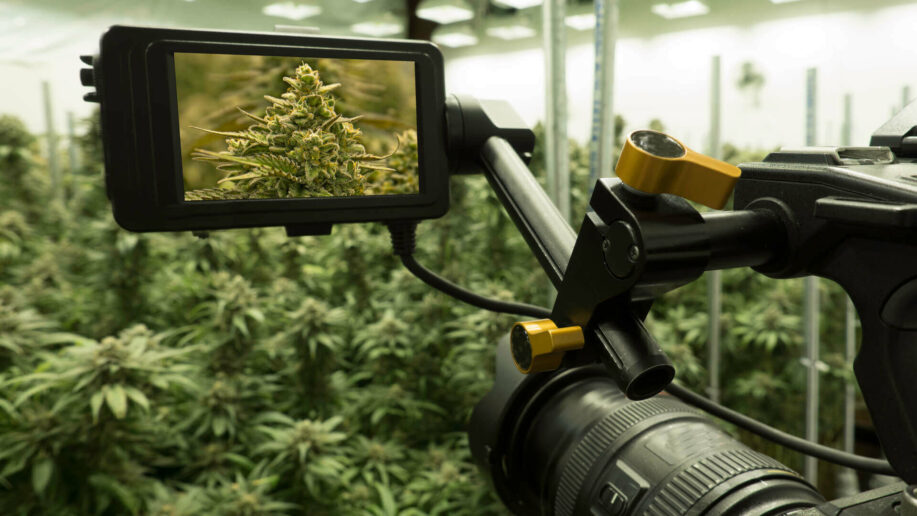 Technically, any movie you watch when you’re really stoned can be a marijuana documentary (we’re looking at you “Saving Private Ryan”). But what about movies that were envisioned, written, and produced specifically to cover the world of marijuana?

IHL consulted some marijuana film experts (turns out they work here) and put together a list of some of our favorite, must-watch documentaries about weed. 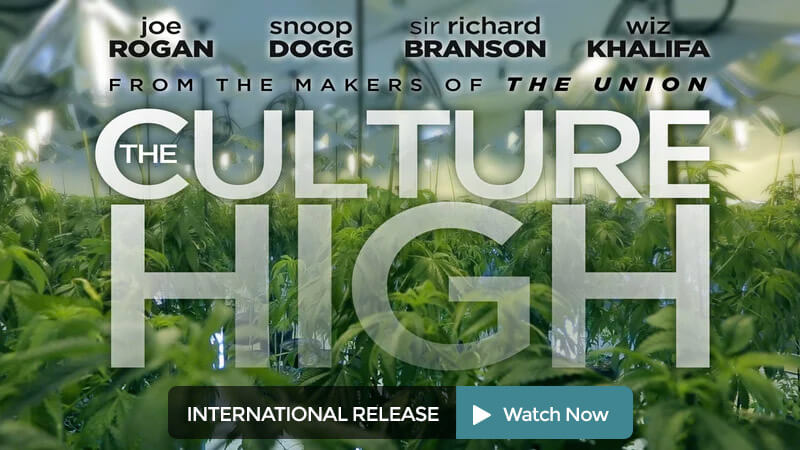 A sprawling, meandering 2-hour look at the history of marijuana prohibition and what has driven the past 80+ years of criminalization.

The movie was directed by Brett Harvey, the Canadian director behind “The Union”, a 2007 documentary on the multi-billion dollar illegal marijuana trade in British Columbia.

The movie is a fan favorite, though it’s not without its critics. The LA Times stated that the movie “lights up familiar pro-pot positions” and relies on “experts” like Snoop Dogg and Joe Rogan as opposed to medical and legal experts, while Variety wrote that the movie’s arguments “only serve to reinforce tired pothead cliches – its paranoid, prone to starry-eyed dorm-room philosophizing, and it doesn’t know when to quit.”

One of the more interesting aspects of the movie is the fact that it was made in 2014, and how much has changed in regards to marijuana legalization and the cannabis industry in just six short years. 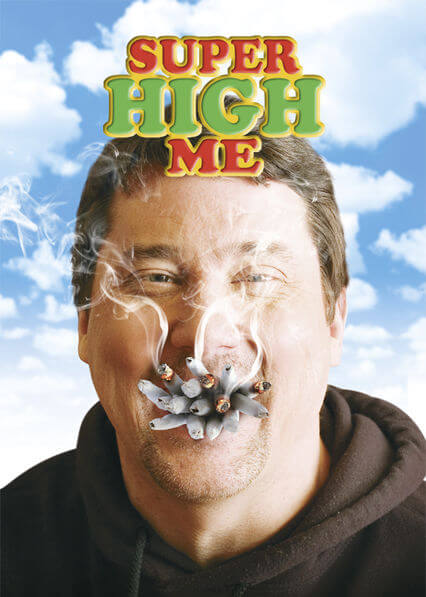 Like many of our best decisions, this film started out as a joke. Comedian Doug Benson got the idea for “Super High Me” from a bit in which he asked if filmmaker Morgan Spurlock could win fame, fortune, and accolades for a film in which he ate nothing but McDonald’s for a month (2004’s “Super Size Me”) then what if somebody did the same thing with marijuana?

Some of us may just remember this concept as “high school,” but Doug Benson went further. Benson spent 30 days completely sober followed by 30 days of smoking and performed a battery of physical and cognitive tests (he took the SATs, checked his blood pressure and sperm count) to…not much results. He gained a few pounds during the green month, and his ability to do math suffered a bit, but otherwise, there was no net gain or loss to abstaining for a month.

So there you go, guess we can close on that one.

Directed by acclaimed filmmaker Ava Duvernay (When they See Us, Selma), 13th isn’t technically a marijuana documentary, but there’s layers to this thing if you’re paying attention.

The film takes its name from the 13th amendment to the constitution, which abolished slavery and involuntary servitude, except as punishment for a crime. It takes a deep, historical look at race and mass incarceration in America, and how the War on Drugs has affected communities of color in the United States.

When looking at where we are today when it comes to marijuana legalization and how much things have changed in just the last couple of decades, works like the 13th are important to see where we started. 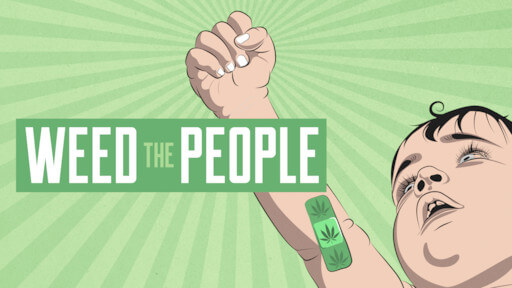 There might be a weed pun in the title, but this documentary is a moving, powerful, and emotional look at the use of medical marijuana to treat pediatric cancer patients.

Filmmakers Abby Epstein and Ricki Lake (yes, that Ricki Lake) spent years documenting the experiences of pediatric cancer patients and their parents, as they struggle to fight some of the world’s most terminal and cruel diseases – already through the use of medical cannabis.

The film is a frustrating look at how we have favored dangerous pharmaceutical medicine over cannabis, even when treating pediatric patients, and a heart-rending depiction of the lengths parents will go too when their child’s health is at stake.

We can’t speak highly enough about this film, which – to misquote a random guest on the Ricki Lake show – is all that and a bag of weed. 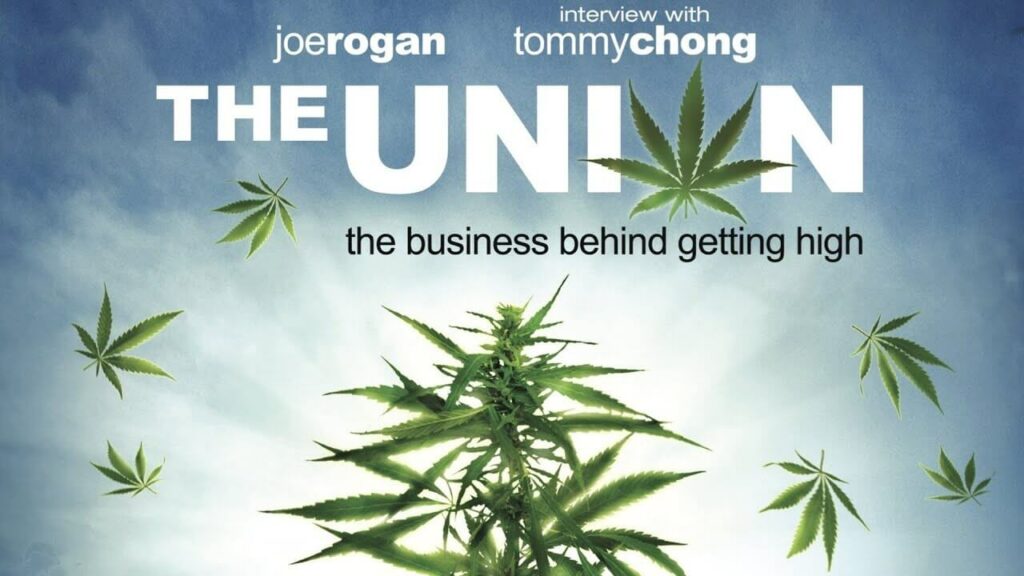 The film was made by director Brett Harvey almost a decade before he made the Culture High, and while it covers a lot of the same well-trodden pro-marijuana arguments, it also focuses largely on the illegal “BC Bud” market, which brought in billions of dollars in revenue on an annual basis, before the legal weed industry started to take off in the US circa 2012.

Like The Culture High, it’s a solid overview of weed prohibition, and in 2020, it’s a good way to revisit just how far we’ve come in really not that much time. 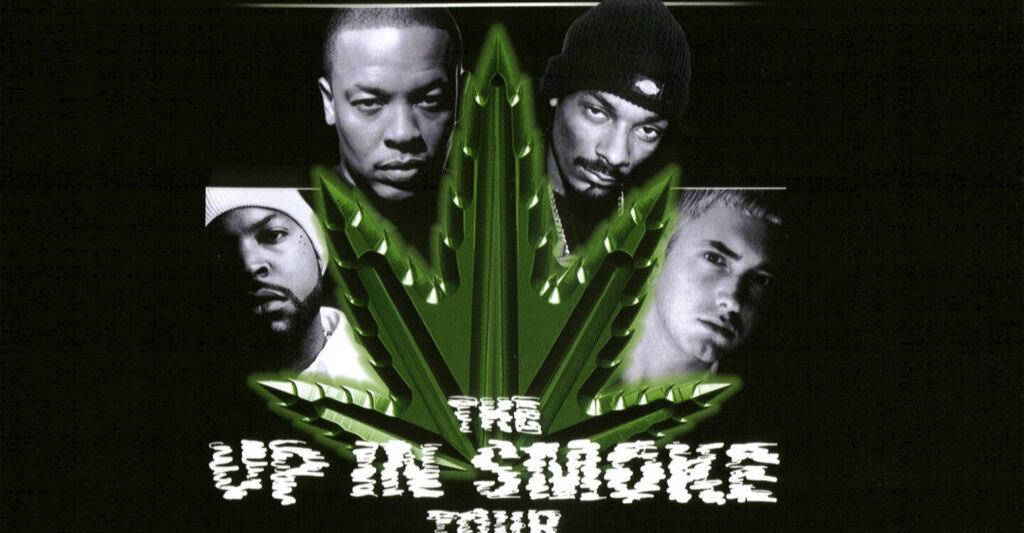 Is a concert film a documentary? What are you, a cop? The point is, it doesn’t really matter. The Up in Smoke Tour is a 2-hour ride deep into the hip hop tour that brought Dr. Dre, Snoop Dogg, Eminem, Ice Cube, Devin the Dude, Warren G, Kurupt, Crucial Conflict, and a whole host of rappers on stage across the country during the summer of 2000.

It’s also a window into a different time for weed – over a decade before recreational weed was legalized in Colorado and Washington, when BC Bud was about as good as it got, long before rappers had (legal) weed businesses, and long before Eminem stopped being relevant.

Watch it with someone you love. 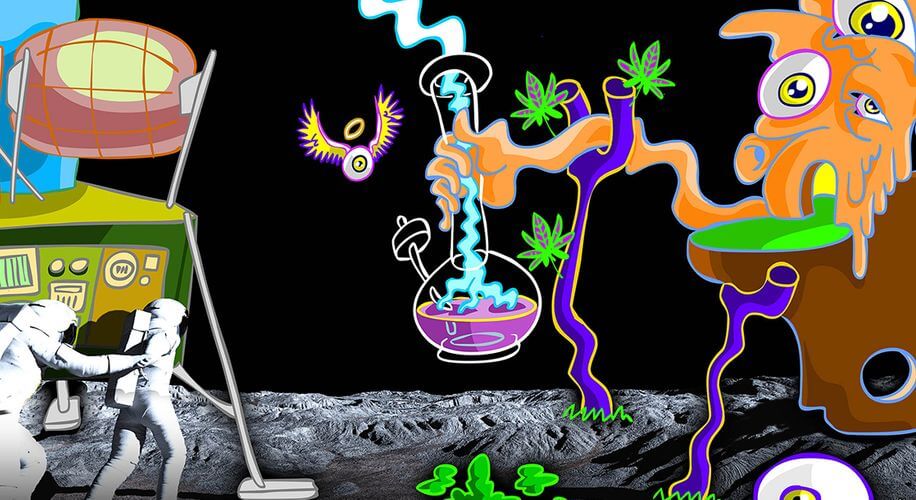 This is a documentary for smokers, a pot movie for fans. Sure it covers the politics and the serious stuff behind the marijuana underground and legalization over the past few decades, but it does it with plenty of humor and lots of solid footage of beautiful buds and thick clouds of smoke.

It’s not all fun and games though – it covers the real-life politics and history behind the issue, and Henry Rollins appears in it for some reason.

Along the way, there’s some stand-up routines, a look at the world’s first cannabis college, the edibles industry, and more, in what is basically a long piece of advocacy film. Not that there’s anything wrong with that. 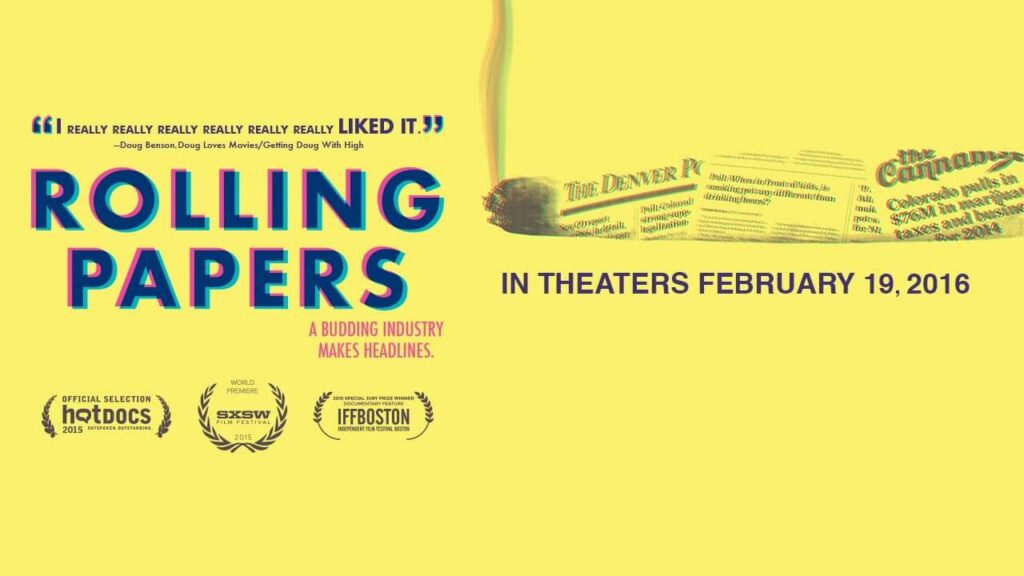 People like to say journalism is dead. And like, they’re kinda right but that’s not the point. Rolling Papers is a fascinating look at the legalization of recreational marijuana sales in Colorado in 2012 and how the Denver Post hired a special marijuana correspondent (Ricardo Baca of The Cannabist)  to cover the scene, review strains, and just be the full-time weed beat reporter.

It’s a great look at the legal weed trade and how a dying industry is trying to adapt to changing times. Did this move by the Denver Post actually reflect the newsworthiness of this newly legal industry, or was it just a gimmick to attract readers? It remains unclear, but Rolling Papers has a lot of fun taking us inside the story. 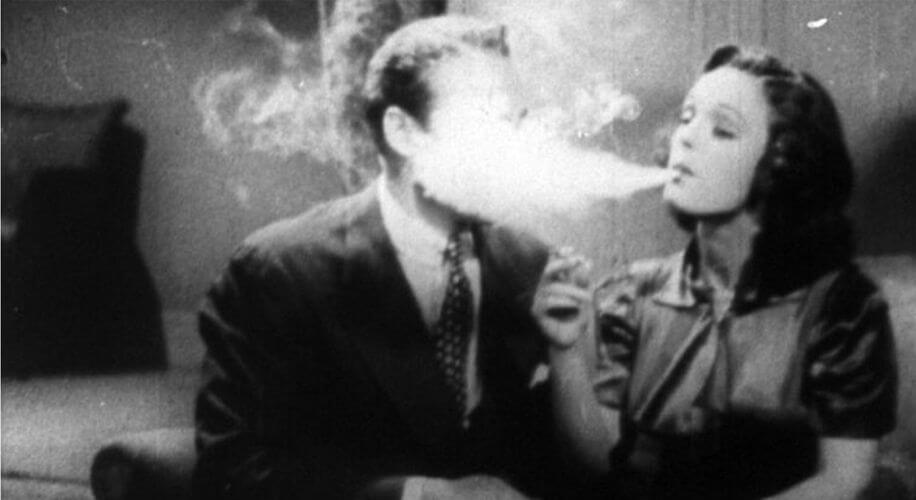 We would be remiss if we didn’t mention the movie that started it all. By “it all” we mean a lot of bad, not cool stuff.

And how did you scare people back then? Jazz musicians and premarital sex. The story revolves around an unmarried couple living together (the shame!), play jazz music, and sell marijuana that you know was absolute dirt. They lure some teenage kids into their den of premarital sex and dirt weed, and bad grades, vehicular homicide, manslaughter, witness intimidation, second-degree murder, suicide, PTSD, and mental illness ensue.

That weed might have been stronger than you’d think….Either way, the film is held up today as an iconic example of weed hysteria and also a sign of how far we’ve come. 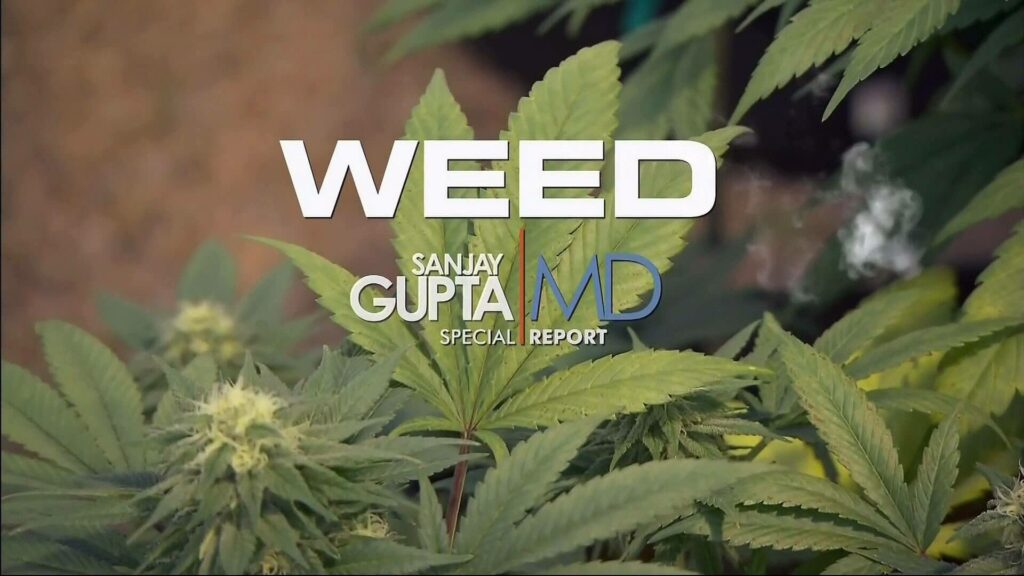 Sometimes a film’s title can really tell you what it’s about. Certified professional celebrity doctor and neurosurgeon Sanjay Gupta (he also plays a doctor on TV) wasn’t always a proponent of medical marijuana, but in recent years he’s come to learn about the therapeutic benefits for patients.

His CNN documentary “Weed” is a chronicle of sorts of this personal journey. Gupta traces the origins of marijuana prohibition in the states all the way to the present day, interviewing patients, doctors, and experts about marijuana, prohibition, and the use of medical cannabis.

He also tries a moonrock and dabs on camera (he doesn’t, but imagine if he did).

So what’s your favorite marijuana documentary? There’s no shortage of great marijuana films and documentaries and in the age of Netflix and YouTube, you can bet this list will just get longer in the years to come.

Happy viewing, try not to learn too much.