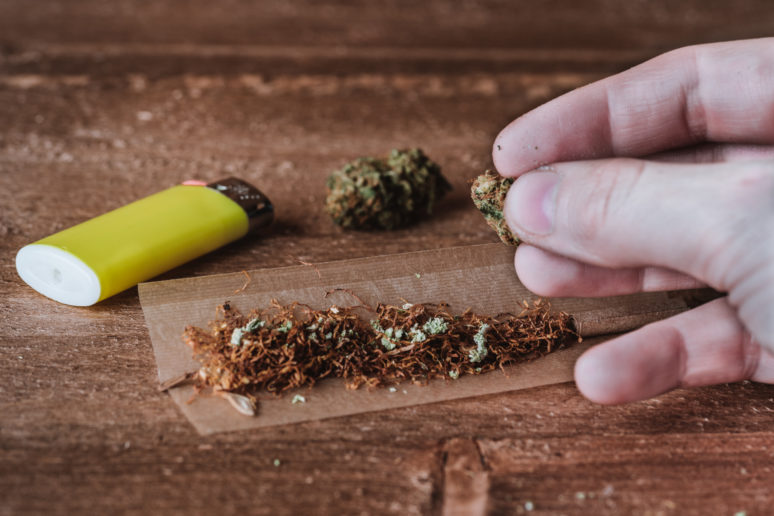 Cannabis consumers in Europe have one thing in common – an obsession with using tobacco to smoke cannabis. According to the Global Drug Survey, up to 90% of European cannabis users smoke it with tobacco. By comparison, less than 10% of Americans smoke cannabis this way.

Even though the European market is starting to open up slowly but surely, cannabis is still illegal in many European countries. Still, the reality is that many people use consume weed anyway. Consequently, policy needs to reflect this reality.

For many Europeans, cannabis is a gateway drug to tobacco. Many people are first exposed to tobacco when they smoke their first joint. A phenomenon referred to as the reverse gateway effect.

Smoking (combusting) anything is bad for your lungs. Smoking changes the properties of a substance, often forming toxic and carcinogenic compounds. The harmful effects of smoking tobacco are well known. More than 8,000,000 people die each year due to smoking tobacco – mostly from cancer and cardiovascular disease.

Obviously, you don’t have to smoke cannabis with tobacco to enjoy the benefits.

Joints Are Not the Only Way

Countries such as the US and Canada have a cultural disdain for combining tobacco with cannabis, and that’s good like that.

Sweeping regulatory reforms, commercialism, and diversity of concentrated cannabis products have lent themselves to a gradual move to edibles, vaping, bongs, rigs, and pipes.

There is now sufficient evidence to promote vaping as a healthier consumption method. Edibles are healthier anyway (depending on what you cook or bake, of course). Vapes contain an element that heats the cannabis (bud or oil) to a temperature that turns the active ingredients, THC (tetrahydrocannabinol) and CBD (cannabidiol), into vapor but without burning it.

Legalization May Not Cut Tobacco Use

Before people start calling for law reform, legalizing cannabis won’t necessarily solve the issue either. The Netherlands has one of the highest smoking rates with tobacco globally, despite a more tolerant approach to drug use.

Changing cultural consumption norms of any substance is difficult. Change requires governments to respect the choices individuals make. People who smoke cannabis should be offered practical advice on how to get high without smoking tobacco rather than be legislated against.

The government might also want to consider repealing the law that bans the sale of dry herb vaporizers. Changing norms may take a while, but this would be a good start.

Governments have a duty to protect people. Denying or ignoring the health risks this group face helps no one. 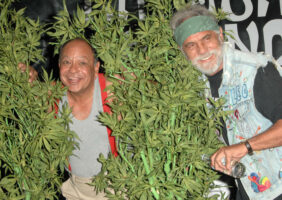