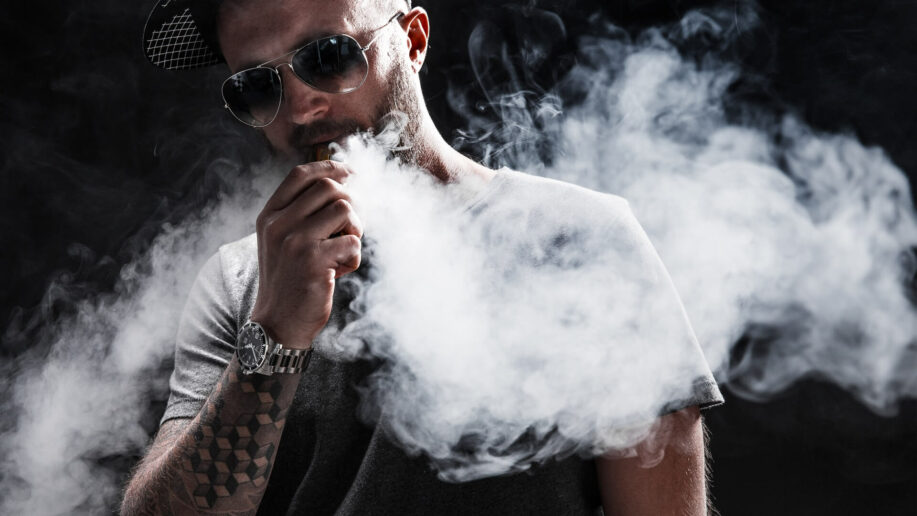 The vast majority of people who have contracted the vaping-related lung disease EVALI used vapes that contained THC, according to new research published by the Centers for Disease Control and Prevention (CDC).

• The Full Low-Down on the Vaping Crisis

• Washington Wants to Limit all Weed Concentrates to 10% THC

• The FDA Just Banned All the Good Vape Flavors

And while the additive Vitamin E acetate has been strongly linked to the outbreak of EVALI, the CDC states that it cannot rule out the role of other chemical additives.

There is also serious concern that some manufacturers are including dangerous, synthetic cannabinoids in their vape products, as a cheap and powerful substitute to real THC. In September 2019, the Associated Press published the findings of a report it commissioned that examined 29 vape pods and cartridges purchased online and in retail stores in California, Florida, Maryland, and South Carolina.

The samples covered 13 different brands, in addition to one sample supplied by a college student who was admitted to the emergency room after using it. Out of 30 vape samples tested, 10 contained synthetic marijuana, the Associated Press reported. The news agency also found that out of 28 vapes tested for CBD, 8 had no detectable CBD whatsoever.

According to the CDC, 2,688 people had been hospitalized for EVALI as of January 14, 2020. Of these, 66% were male, and the median age was 24 years. The agency also reported that there had been a steady decline in the weekly number of hospital admissions for EVALI since September 2019.

An additional report published by the CDC on the same day looked at a test population of 121 EVALI patients in Illinois and found that only nine had used exclusively nicotine products in their vaporizers.

The CDC also published a commentary piece on the same day in the New England Journal of Medicine, which clarified that the spread of EVALI is separate from the growing epidemic of teen vaping. The latter is driven by nicotine consumption, whereas the rise in EVALI is due to the consumption of THC in vaporizers.

Recently there has been heightened concern over the dangers of vaping, in particular following the death of a 15-year-old from Dallas earlier this month. Altogether, the CDC links sixty deaths in 27 states and the District of Columbia to vaping.

The CDC issued a series of recommendations along with the publications last week, including that people do not use THC vape products, in particular, ones “from informal sources like friends, or family, or in-person or online dealers.”

Earlier this month, the CDC reported that out of 809 EVALI patients in Illinois, Utah, and Wisconsin, 78% received the THC vaping products from informal sources and 6% from both.

The agency also warned about the dangers of Vitamin E acetate and advised users not to add any other substances to their vaping products that were not intended by the manufacturer. In addition, it stated that vaping products “should never be used by youths, young adults, or women who are pregnant,” and that people who don’t currently use tobacco should not start using vaping products either.