The Full Low-Down on the Vaping Crisis | HighLife 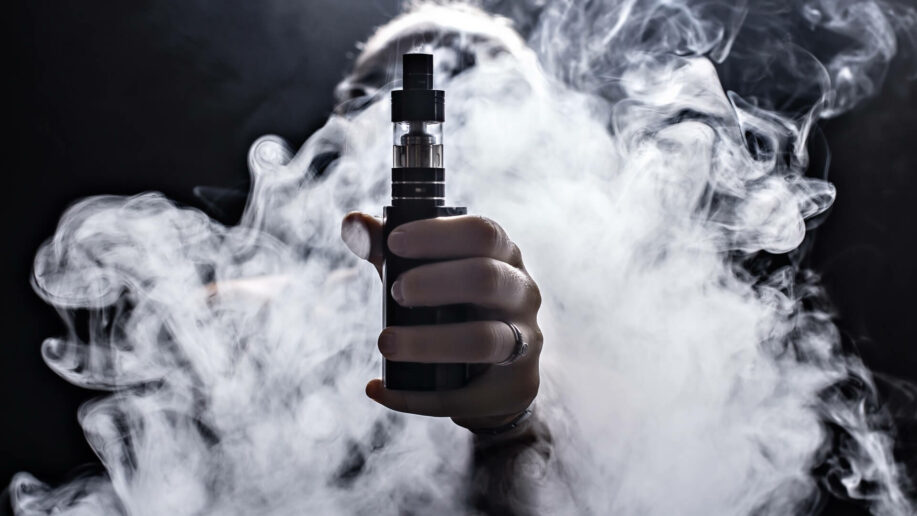 The Full Low-Down on the Vaping Crisis

Vaping — inhaling vapor produced by heating up cannabis or other substances — has quickly grown in popularity in the past five years. Vapers especially like the ease of access, discretion, portability, and quick onset relief time offered by vaping, which have greatly contributed to its stellar rise.

Vaporizers have been on the market since 2006, but only in the last two years, a string of mysterious illnesses related to vaping suddenly began to appear. Dubbed “EVALI” by the CDC, patients reported using vaping devices and complained of severe shortness of breath and pneumonia-like symptoms. An update posted on November 5, 2019, by the CDC said that there have been 2,051 cases of EVALI injuries with 39 confirmed deaths. Some 70% of patients are male, with the median age of patients at 24 years old.

Both the FDA and CDC urge consumers to avoid e-cigarette/vaping products at this time.

Federal and state regulators have been frantically working to find out what is causing this illness. Here’s what we know so far.

Digging into the vaping illness

The vaping illness didn’t merely resemble pneumonia. Researchers in a New York Times piece stated that all 17 cases studied, “…show a pattern of injury in the lung that looks like a toxic chemical exposure, a toxic chemical fume exposure, or a chemical burn injury.”

One Washington Post article suggested that “…black market operators are using more thickening agents to dilute THC oil,” a finding that was later supported by a Leafly investigation. One of these agents is vitamin E acetate. It had initially appeared in several cases reported in New York.

On November 8, 2019, the CDC reported new findings regarding the illness. Laboratory test results from 29 patients found Vitamin E acetate in all samples. No other compounds — including plant oils, MCT oil, and terpenes — were detected in the samples. The findings, while significant, stress that no one ingredient has emerged as the cause of these illnesses, concluding that “many different substances and product sources are still under investigation.”

An article published on Merry Jane suggested another culprit: heavy metal poisoning. The piece cited a blog post published by Colorado Green Lab which argued that “cadmium pneumonitis, a rare lung disease caused by inhaling heavy metal fumes… presents many, if not most, of the symptoms that match those associated with the vaping illness.”

It also went on to state that the presence of cadmium was likely due to manufacturers trying to cut costs as “licensed and legal vape devices do not use cadmium.” These findings were consistent with Mayo Clinic’s hypothesis that found EVALI was due to “chemical burns” rather than oil buildup.

Another potential culprit was recently named by the educational website Project CBD. That culprit is synthetic cannabinoids — artificially manufactured chemicals designed to interact with the endocannabinoid system (ECS).

What about synthetic cannabinoids?

Synthetic cannabinoids were first created in the early ’90s as researchers could not directly use cannabis for their work. Today, many of these drugs are produced in factories in China without any regulatory oversight. 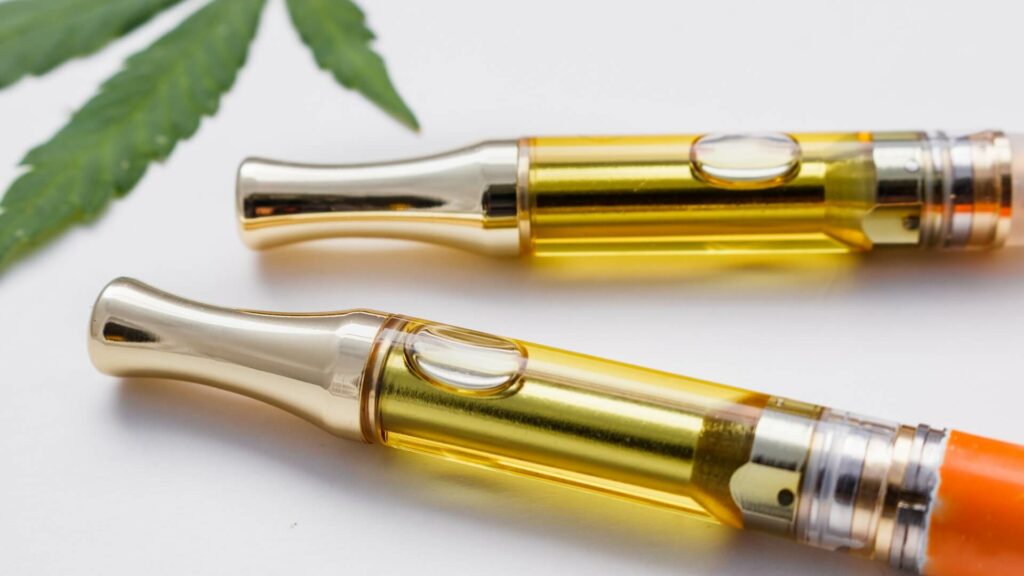 Synthetic cannabinoids are dangerous due to a variety of reasons. The first is that we know very little about them so it’s difficult to detect these compounds — or know what a toxic overdose might be. Another cause of concern is how quickly they’re produced. A Business Insider report lamented that “the drugmakers change up the specific ingredients in the drugs so fast…that drug enforcement can’t keep up.” Synthetic cannabinoids are also far more potent than the plant-derived variety, with some researchers estimating potency at 100 times that of THC.

Another report published by the Associated Press traced an outbreak in Salt Lake City back to a cartridge producer called Yolo! Lab-tested samples found Yolo! “contained a synthetic marijuana blamed for at least 11 deaths in Europe — and no CBD at all.”

The FDA has launched a criminal investigation into the matter. Several other government agencies have also taken action to curb the spread of the illness. These include a ban on e-cigarettes by New York and Oregon. Others, like New York governor Andrew Cuomo, have even gone as far as to subpoena three companies selling “thickening agents.”

An investigation by Leafly traced black-market cartridges sold in LA back to factories in Shenzhen, China. Many of them were cut with an additive known as “Honey Cut” that contained Vitamin E acetate.

Health officials in Wisconsin and Illinois found that patients, “reported using illicit THC-containing pre-filled vape cartridges, and bought them from informal sources.” An ABC News report found that many who have fallen ill used THC oil cartridges purchased from pop-up shops and other illegal sellers.

A Buzzfeed News report also cited the findings of the Illinois Department of Public Health. Their survey of over 4,000 people who vaped found that, “people with lung injuries were nine times more likely to have vaped illicit liquids bought from friends or on the street, and were eight times more likely to have used “Dank” vapes, a line of refillable vaping cartridges that are often counterfeited. No injuries were reported connected to the state’s regulated medical marijuana dispensaries.”

The CDC and FDA both urge consumers to avoid “e-cigarette, or vaping, products that contain THC, particularly from informal sources like friends, or family, or in-person or online dealers.” They’ve also urged users to “modifying/adding any substances to products purchased in stores.”

A growing body of evidence points to tainted cartridges sold by illegal vendors. As such, consumers should avoid buying illicit products as well as synthetic cannabinoids such as Spice.

The best way to ensure the safety of those who vape is to federally legalize and regulate cannabis. “Prohibition has been terrible at achieving its goal of preventing people from using psychoactive drugs, and it’s maximizing the harm for users,” says VICE correspondent Hamilton Morris. “If Cannabis were federally legal, people wouldn’t be using synthetic cannabinoids.”