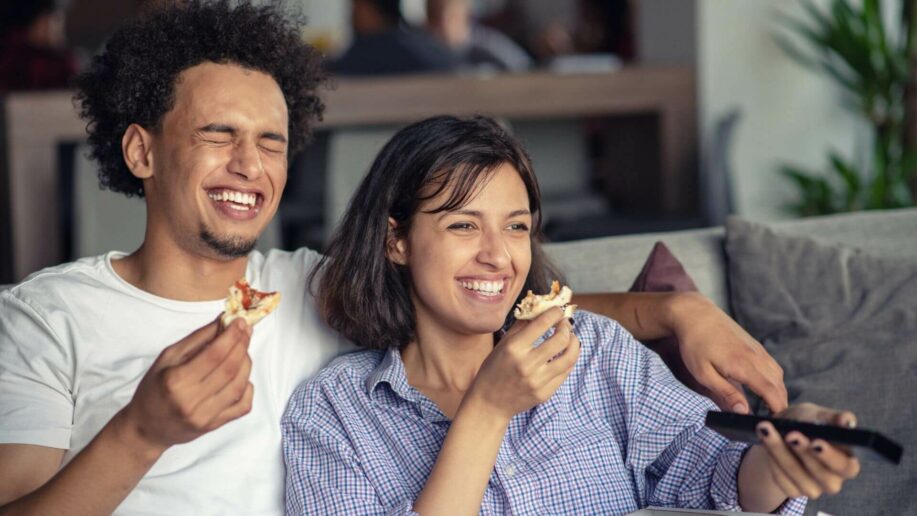 Are the walls closing in on you? Are you gripped by fear about the future and the safety of you and your kids? Do you have no work-life balance or any clue how you’ll pass the time with your kids or ever get them out of the house? That’s just parenting. During a pandemic, though, there’s also a disease to worry about.

Luckily, people can turn to their vices for some comfort during times of stress, panic, and fear – after the kids go to sleep, of course. So without further ado, here are 5 great kids movies for parents to watch on quarantine that are great for all ages and more relatable and timely than ever.

“Seven a.m., the usual morning lineup” – is familiar enough, but within the next 15 minutes, this songwriter has cleaned, polished and waxed her house, done the laundry, and swept again. By lunch, she’s read a book, maybe two or three added new paintings to her gallery, played guitar, cooked and knitted…for some reason.

Disney’s Tangled is an animated depiction of what we can only assume the average daily ritual is like for single people on lockdown. Full of self-care, boredom, and productive ways to kill time.

This animated retelling of Rapunzel gives the female lead more agency, and has her escape from the earthly binds of her castle on a tower, find her real family, and rescue her newfound love (a thief who seems at least a few years older than her, and is she still a minor?), mainly through the help of a horse who works in law enforcement. And it all wraps up before you’ve moved from pajamas to sweatpants.

Beauty and the Beast

If you’ve reached the point of the lockdown where you’re speaking to your own furniture – you’re not alone. If they’re speaking back – then this may be the movie for you. Beauty and the Beast tells the tale of a man (the Beast) with an increasingly bestial appearance who lives alone, trapped in a castle of his own making.

He finally gets a house guest for the first time in ages – a local businessman trying to hawk his wares – and decides to hold him against his will. Relatable!

There is also gun rights activist Gaston, who we can imagine as the mid-18th century French version of the guys who say “this is basically just the flu.”

Along the way, the Beast finds love by also holding the man’s daughter against his will. It’s a problematic storyline, but that’s pretty much every kid’s movie, no matter how high you are. The bottom line, the time has never been more right for the tale of an isolated man in a prison of his own making, who has gone mad and is speaking to his furniture.

Someday, we will all travel again – and find that the music we love was in our hearts all along. That’s one message of Trolls World Tour, an instant classic from Dreamworks that at times seems a fascist allegory or a pro-segregationist screed, depending on where you are in the film.

(you may have to be high to have this interpretation, but that is a theme of this article)

Trolls World Tour has a can’t-help-but-love-it-premise – there are different lands of trolls, each with a different musical genre, and the rock and roll Trolls think Rock should rule them all!

The über trolls of rock start by first annihilating the effete trolls of technoland and then lay waste to the classical music trolls, who are defenseless before the blitzkrieg. Meanwhile, our heroes – the pop music trolls – are on a foolhardy mission to help the rock troll queen Barb unite the trolls, who had been segregated by musical genre by generations.

Along the way, she encounters the country-western trolls who are very pro law enforcement and hate foreigners, and she and her fellow pop trolls are jailed almost instantly. They also meet the trolls of funk (led by George Clinton and Mary J. Blige, and their son Anderson Paak, who has one of the best songs on the soundtrack). They are by far the best trolls of all.

Trolls World Tour is an escapist, psychedelic, music-filled romp that has taught my daughters that really all types of music can come together and be cool – but watch out for smooth jazz and country music.

There’s gonna be times as a parent – pandemic times, especially – when you need a good cry and Coco delivers in a big way.

Inspired by the Day of the Dead, Coco takes place in an imaginary Mexican village where a little boy named Miguel dreams of becoming a musician like his hero Ernesto Del La Cruz. Miguel is transported to the Land of the Dead and has to make his way back with the assistance of a hapless skeleton named Hector, voiced by Gael Garcia Bernal.

More importantly, though, the movie is beautifully rendered and tells a truly powerful story about family, tradition, love, and honoring those who came before us. Couldn’t come at a better/worse time.

Parents too young to remember the Yugoslav Wars are in luck with Frozen 2. The long-awaited sequel to 2013’s story of a young queen who throws ice and her fearless sister who sets out to save her – takes things in a way different, deeper direction.

In Frozen 2, Elsa, the ice queen, is a benevolent monarch in the homogenous northland kingdom of Arendelle when she begins to hear a voice calling her to head into the unknown. She accidentally awakens elemental spirits, forcing the residents of Arendelle to evacuate and then shelter in place nearby. As “nature returns to the streets of Arendelle, because we were the real virus,” Elsa sets out to find the source of the elemental ruin she has brought on her kingdom.

Along the way, she makes her way to the Enchanted Forest and the far off land of Ahtohallan and learns the truth of her family story, which weaves a tale of settler-colonialism and the subjugation of indigenous peoples, ethnic violence, and what happens when we face the sins of our fathers.

There is also a perfectly-rendered 80s-ballad and a badass ice horse that runs on water. Like Godfather 2, Frozen 2 builds on the original and takes it to a new level.

No better time than now

There has never been a better time to get high and watch kids movies, late at night, finding a way not to worry about what tomorrow brings for about 70-90 minutes give or take. Sure, it’s escapist, but now that doorknobs are poison and elevator buttons kill people, escaping for a minute (until you’re awoken at dawn by your kids) sounds pretty good.