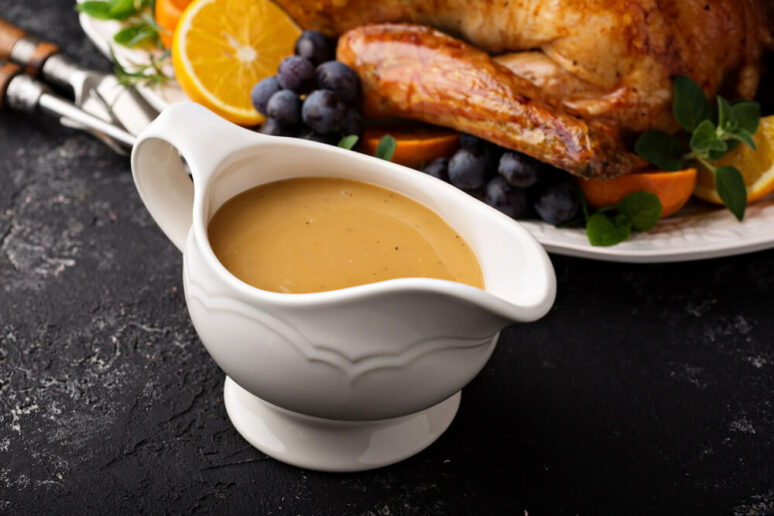 If you love weed and felt your Thanksgiving dinner was missing a certain something – you’re in for a treat.

Yup, you read that right. Say goodbye to awkward family dinner conversations and judgy looks from your aunt who thinks you shouldn’t be ‘smoking that stuff.’

Kiva’s single-serve gravy is infused with 10 mg of THC, which should be enough to get a family of first-time users mildly high in just a few minutes. (But seriously, make sure everyone knows what they’re about to eat.) 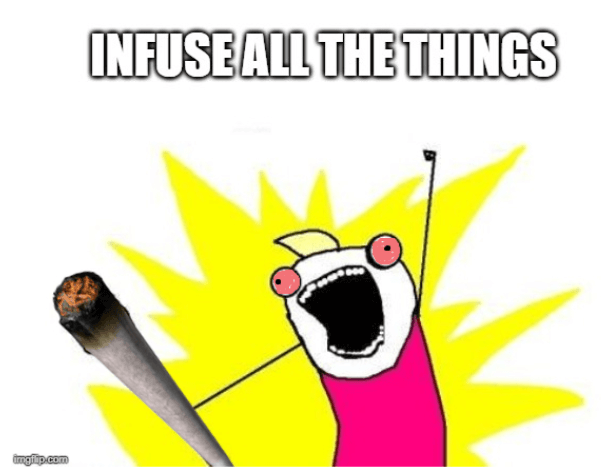 Usually, edibles take a good 45-90 minutes to get you high, because they first have to pass through your digestive system.

Kiva’s gravy uses “cutting-edge technology that bypasses edibles’ normally lengthy trip through the liver, instead absorbing into the soft tissue and stomach,” Kiva said in a press release.

“In just under 15 minutes you’ll start feeling the effects, so you can sit back, relax, and let the holiday cheer wash over you.”

“Most other companies who have explored fast-acting technology have employed nanotechnology particles to speed up the process. While the nano molecules used in these edibles are small, they are massive compared to the individually-encapsulated molecules used in this approach,” the company said.

“Not only are they isolated from other molecules they might interact with, they are small enough to be absorbed directly into the body’s endocannabinoid receptors – one molecule at a time. As a result, Kiva’s gravy offers one of the fastest-acting and most bioavailable cannabinoids available in edibles today,” Kiva added.

Apart from THC, the gravy is made with traditional Thanksgiving ingredients like turkey stock, salt, onion, and garlic, and is cooked like any other ready-made gravy.

The cannabis-infused gravy is sort of a test run, and Kiva said that it will officially launch its new edible technology in December with a cannabis-infused hot cocoa for the holiday season.

Kiva’s turkey gravy packets can be found at all Sweet Flower locations in Los Angeles and at Grass Roots Dispensary in San Francisco, while limited supplies last.