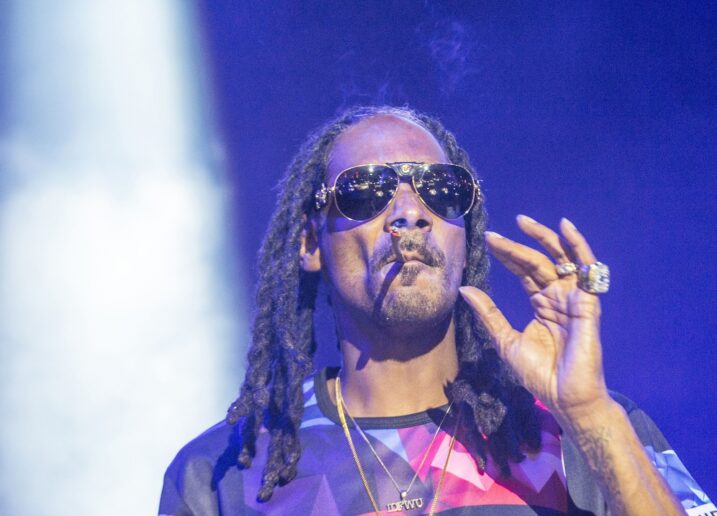 Snoop Dogg Will Vote for First Time Ever: ‘I Can’t Stand to See This Punk in Office’

Snoop Dogg will be making his voice heard in the polls for the first time ever in the upcoming US presidential elections this November.

During an interview on Los Angeles’ famous Big Boy’s Neighborhood radio show, Snoop revealed why he’s never chosen to vote before and why he feels it’s especially important to cast his vote in the 2020 election.

Snoop said he thought that he wasn’t allowed to vote after being convicted of felonies in 1990 and 2007.

“For many years they had me brainwashed thinking that you couldn’t vote because you had a criminal record,” Snoop told Big Boy. “I didn’t know that. My record’s been expunged so now I can vote.”

Asked about his thoughts on President Donald Trump, Snoop, unsurprisingly, made it clear that he would not be voting for the incumbent president in November.

“I ain’t never voted a day in my life, but this year I think I’m going to get out and vote because I can’t stand to see this punk in office one more year,” he said.

The 48-year-old rapper also shared his strong belief that if he wanted others to go out and vote, he would have to lead by example.

During their almost half-hour chat, Big Boy and Snoop touched on a number of important topics such as police brutality and systemic racism, the current protest movement sweeping the country, and the ongoing coronavirus pandemic.

Snoop said that while it’s important to make your voices heard in protests or in the polls, he also stressed the importance of staying safe because of the coronavirus.

“We’re dealing with the pandemic too, and I don’t think that is fully going away,” he pointed out.

“People are quick to jump into the streets and not knowing what the full, you know, thing is with that right now. So I just want to let everybody know to be careful and be safe and keep your mask on. Stay hydrated, stay [hygenic].

During his time in self-isolation, the rapper said he’s been “keeping [himself] busy and staying active.”

“I’ve been up and down. I’m a human, I have good days, bad days, but I’m more locked in so I like to pace so either walk around in circles, watch things on TV, play video games,” he shared.