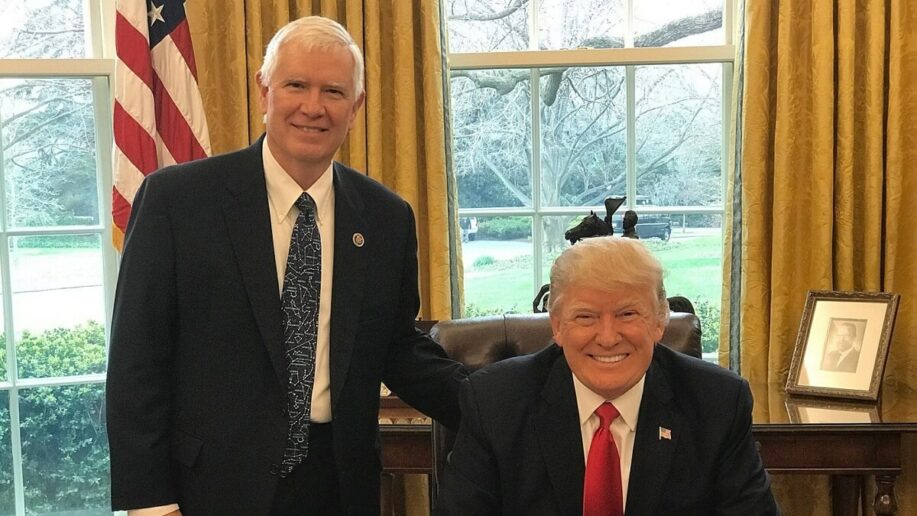 Alabama’s representative in the US Congress, Mo Brooks, apparently wants to secure his place in the history books as a grade-a asshole.

On Tuesday, Brooks suggested in a tweet that George Floyd’s murder does not deserve to be protested because he had a history of violence and drug abuse.

• 10 Ways to Donate in Support of the Black Lives Matter Movement Right Now
• Elon Musk Says It ‘Isn’t Right’ People Are Still In Jail For Selling Weed
• Snoop Dogg Will Vote for First Time Ever: ‘I Can’t Stand to See This Punk in Office’

In Brook’s head, we should just ignore the brutal killing of Floyd and go about our day as usual, because as soon as somebody takes drugs or commits a crime, that apparently excludes them from being treated as a human being.

A toxicology report released by the Hennepin County medical examiner’s office showed that Floyd had fentanyl, methamphetamine, and traces of cannabinoids and morphine his system at the time of his killing, but how that justifies him being choked to death by police is beyond us.

Officials made it clear that Floyd did not die because of the drugs in his system, but because a Minneapolis police officer pushed his knee into his neck for more than eight minutes.

Brooks tweet echoes a common tactic employed against African Americans that were killed by police. Instead of placing the officers under arrest and investigating the killing, authorities try to besmirch the victim’s character by claiming they smoked cannabis, took drugs, or did something else that’s seen as morally corrupt by certain people.

To Brooks, the death of people who use drugs is not worthy of being protested.

Shaleen Title, a commissioner on the Massachusetts Cannabis Control Commission who stressed that she was speaking on her own behalf, told Marijuana Moment that “Rep. Brooks can keep his vile, racist opinions to himself.”

“No one is interested in his 20th-century attempt to invoke scary-sounding drugs to vilify George Floyd, or to slow down the national awakening caused by his death,” she said.

“Rep. Mo Brooks should be ashamed of his tweet. There is no excuse for state-sanctioned violence and murder—not race, criminal record, or drug use,” Queen Adesuyi, policy manager of national affairs at the Drug Policy Alliance, told Marijuana Moment. “The stigmatization of these identities as ‘less than’ is what empowers police to brazenly snuff out human life under the guise of the war on drugs.”

“We’ve seen this come up time and time again, especially against Black, Latinx, and indigenous people, and people who use drugs,” she said. “Elected officials need to stop trying to weaponize stigma to justify negligence and death at the hands of the police. We need Rep. Brooks and others to drop the hate and make moves towards meaningful police reform in this country, not play ‘blame the victim.’”

And while the part of Brooks’ tweet alluding to Floyd’s criminal past is correct – Floyd was arrested for a 2007 armed robbery and spent five years and he also had drugs in his system when he was killed – we can’t even fathom the mental gymnastics needed to use that to justify his murder.

After being released from jail in 2014, Floyd did his best to start a peaceful life and leave all the violence and robbery acts behind. He even used his own experiences to encourage children and teenagers to stop the ‘gun violence’.

Because of people like Brooks and Derek Chauvin, who believe that certain lives aren’t worth living, two children will grow up without a father.

George Floyd may not have been a saint, but he deserves every single one of the people in the streets protesting his murder.