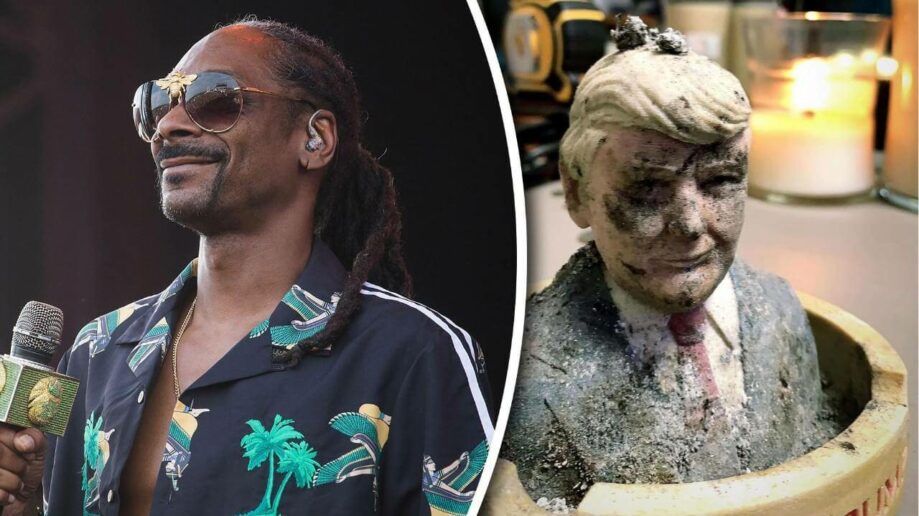 If you compile a list of your favorite rappers, there’s a solid chance that the majority of them do not support Donald Trump or his politics. The current President of the United States has been the victim of much scrutiny in the hip-hop community as Ice Cube has released “Arrest The President” and YG dropped “FDT.” It’s safe to say that the music community does not love Trump. When it comes to Snoop Dogg, he hasn’t been very secretive about where he stands in his politics. He does not like Trump and his most recent post goes to prove that fact even further.

A few weeks ago, he was yelling outside of the White House as he smoked a blunt, sending a message to the most powerful man in the country. Now, he’s taking a similar approach but he’s ashing out his blunt on a statuette of Mr. 45. “My new ash trash,” captioned the West Coast legend as he showed off his new possession: a miniature representation of Donald Trump that he’s using to ash his blunts. His fans seem to find it amusing, praising him in the comments.

The Doggfather recently received his own star on the Hollywood Walk of Fame thanking himself during his acceptance speech.

What do you think of his Trump ashtray?