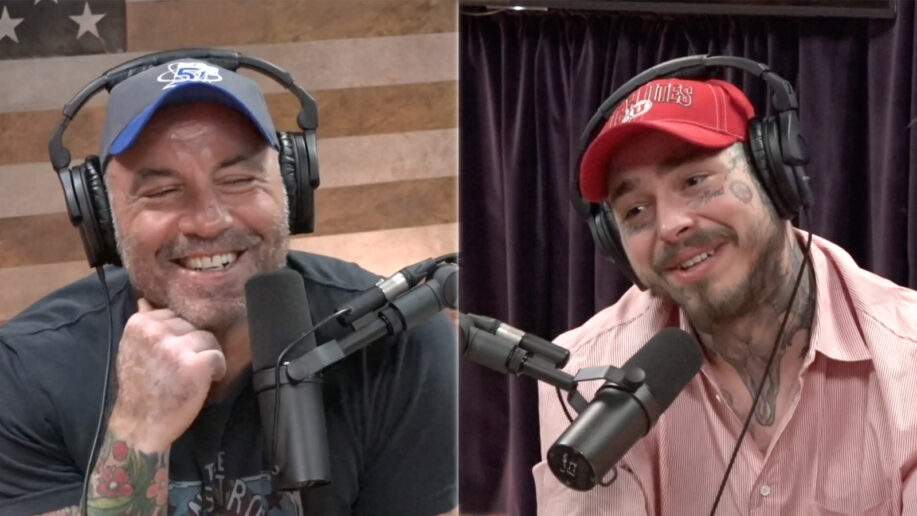 Joe Rogan and Post Malone Do Shrooms and Talk About Aliens, Alligators Eating Kids, and Their Favorite Vegetables

Everybody had that one friend in high school who took a ten strip and went to the Special Olympics. The thing is, that kid usually doesn’t stay in touch after high school and certainly never becomes America’s most famous podcaster, DMT evangelist, and pandemic mask skeptic.

Joe Rogan hosted “way too rich to look homeless” superstar Post Malone on his podcast last week, where both of them spent 3.5 hours tripping on shrooms and going off on all types of free association tangents about UFOs, politics, and hallucinogens ’till at some point it was all over. A typical episode of the podcast, basically.

The four-hour episode – which was covered by CNN – included a number of revelations, including that Post Malone once saw a UFO in upstate New York when he was a teenager, but apparently, the aliens decided not to probe him.

Other subjects covered in the shrooms session include why Post lives in Utah (“I have no idea” and later “I couldn’t do LA”), Post explains Magic (“as mytheral as it sounds, I’m with everybody”), pirates and Blackbeard (“these were real famous people who would get in boats and just fuck people up and steal their shit,” Rogan said), alligators and dinosaurs (“whoaaaa” Post Malone says, Rogan answers “alligators are here right now right, bro one ate a kid at Disneyland a couple years back”) cloud seeding & weather (Malone: is it bad for Earth? You can’t play God) and what’s your favorite raw vegetable (“it depends if I’m feeling fruity or vegetabley,” Malone answers).

Rogan also spoke of his well-known love of marijuana saying “that’s why I like weed, weed makes you vulnerable and for someone like me, that’s a good thing,” adding that “the fear makes me more appreciative.”

During the interview, Post Malone, wearing a Utah Utes hat, said that he’s been micro-dosing shrooms for a while, but that “you don’t really catch it until you do like 10 right off the rip,” which sounds like it’s just…dosing? He also said he “ate some shroomy chocolates the other day and me and my producers made a Coachella set for about two hours.”

This is obviously not the first time Rogan has gotten extremely high or been extremely high on his show, it’s kinda his shtick, most notably when he had Elon Musk on and the would-be spaceman who tweets too much puffed on a blunt like a cop (didn’t look like he was inhaling), causing the company’s stock to take a hit.