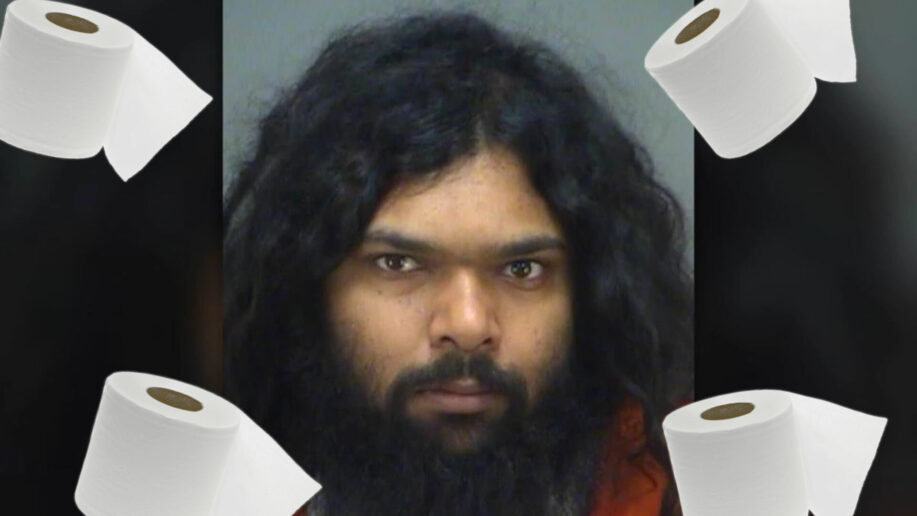 Some people like to say that marijuana is a gateway drug, and for one Florida weed dealer, it paved the path to the trade of a far, far more lucrative substance: toilet paper in the age of the Coronavirus.

Safraz Shakoor, 25, was arrested on March 10 for burglary after he allegedly broke into a Dodge Ram pickup truck that was parked in the front yard (Florida!) of a house in Clearwater around 1 am.

• Stoners Hold the Secret Key to Beating Coronavirus – Stay Home & Get High
• How to Share a Joint Without Sharing Corona: A Germophobe’s Guide to Getting High
• Hemp Toilet Paper – Why Is That Even a Thing and Should You Use It?

“Once defendant entered the vehicle, defendant took a roll of toilet paper from a 6-pack of Smart & Simple bath tissue with a total value of $1.00 from the backseat of the truck,” the Pinellas County Circuit Court affidavit read.

The affidavit added that after receiving a description of the suspect from the victim, they found Shakoor a few houses down the street at about 1:40 am where he “consented to [a] search of his person and a single roll of toilet paper was found in his right front pocket and matched [the] toilet paper from [the] vehicle.”

Good police work by the detectives, who were able to forensically match the roll to the 6-pack of toilet paper without having to send it back to the boys at the lab for review.

Also, congratulations are in order for the good folks at Smart & Simple Bath Tissue, who scored a pretty sweet product placement in the Pinellas County Circuit Court docket.

Shakoor also had a charge for armed burglary in November 2018. This sounds more impressive than it is – Shakoor walked into the carport of a house when no one was at home. He was carrying a baseball bat and stole a bike. He was then arrested riding the bike in the neighborhood.

Because he is a convicted felon, Shakoor’s toilet paper heist could see him locked up for years under America’s not-at-all draconian repeat offender sentencing guidelines. He is currently being held on a $5,000 bond and awaiting trial.

What can we learn from this incident? We are living in a brave new world where the authorities no longer look the other way regarding toilet paper theft.

Also, with people panic shopping and clearing the shelves of toilet paper amid mass anxiety and fear of the pandemic, it bears repeating – if you buy that much toilet paper, it doesn’t mean you have a giant asshole, but you just might be one.