Elon Musk Admits He Has "No Idea How To Smoke Pot" 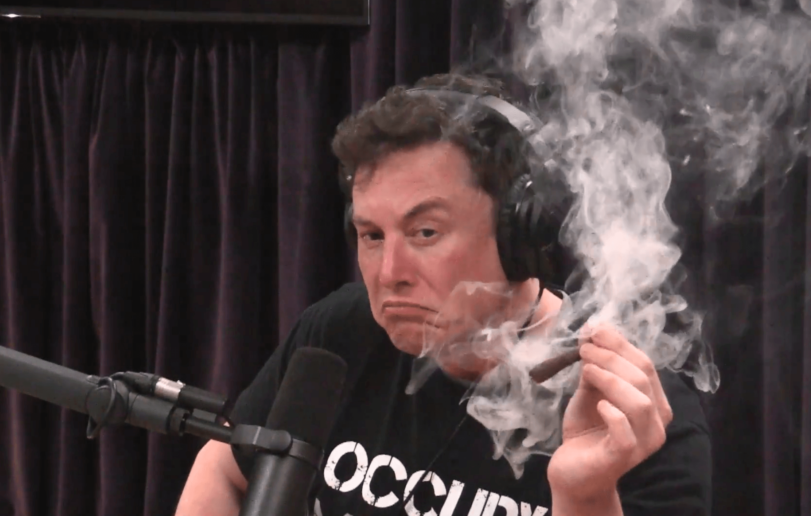 Elon Musk Admits He Has “No Idea How To Smoke Pot”

First of all, I think we all saw that 🙂

As you’ve seen on the Joe Rogan Podcast a couple of weeks ago, Tesla CEO Elon Musk took a couple blunt hits and people are still talking about it.

In a 60 Minutes interview with Lesley Stahl, Musk defends his cannabis use on the podcast.

I am somewhat impulsive and don’t want to adhere to some CEO template,

When she grills him on the pot, he replies,

I do not smoke pot. As anyone who watched that podcast can tell I have no idea how to smoke pot, or anything.

It’s pretty evident from footage of Joe Rogan’s podcast that Musk didn’t inhale and didn’t really know what he was doing, but it hasn’t stopped everyone from Fox News to NASA from making the smoking incident into a huge deal.

The clip was taken down from the 60 Minutes YouTube channel after about an hour and replaced with a different clip (above) about Musk’s next move amid recent GM car plant closures.

But don’t despair. A CNBC segment captured the one-minute clip where Musk talks about his weed ineptitude and called Twitter a “war zone.”