What Is Bubble Hash and How Is It Made?

Over the years, bubble hash has slowly been replaced on shelves with extractions like shatter and butter. Bubble hash is a form of solventless cannabis concentrate that is generally tested with up to triple the THC of the highest testing cannabis flowers. It got its name because when heat is applied the hash will bubble up as it slowly melts into ash. A more refined ‘Full-Melt’ hash will melt more evenly, but we’ll talk more about that later. The name could also derive from the fact that the hashish is crafted using bubble bags. Stoners love bubble hash because it provides a heavy, hashish high without the dangers of unpurged solvents. In other words, it is a familiar way to get a long-lasting, heavy effect without having to dab.

Extracts that are dabbed, like wax or shatter, are often run through a solvent which will strip away these coveted resins from the plant matter. Bubble hash is crafted using ice water and filter bags. There are absolutely no harsh solvents used in the making of this cannabis concentrate. Because ice water is so prevalent, bubble hash is also sometimes referred to as ‘ice water hash’. The process to create bubble hash seems easy, but the art of the hashish is one that is still being perfected and shared with connoisseurs around the world.

Trichomes are glands that grow on the leaves, flowers, and even stems of the cannabis plant. Though they do grow on the entire plant, trichomes are much more prominent in cannabis flowers. They grow in a very tiny stalk and round head. The heads are heavily saturated with valuable compounds like terpenes, cannabinoids, and flavonoids. They are also quite delicate, which is why even the slightest variance in the method used to make the hashish could change everything. The goal of making bubble hash is to remove the trichomes from the plant materials without damaging them. The process requires ice water and agitation to remove these delicate glands wholly. There are a couple of prominent variables that can affect the color and texture of the final product.

Bubble hash can come in many forms and colors. It can be dry and sandy, or wet and dank. The material can finish in a dark menacing brown, sandy marigold, or even robust maroon. Some choose to leave their plant materials raw, they don’t dry or cure them, before crafting their hash. This leads to a more wet, unstable product that is akin to live resin. On the other hand, when hash is made from an older trim, it can create a greyish brown, dry finished product. It has become normal to create concentrates from trim and byproduct, but it is a rule of thumb that only quality start materials create quality concentrates. So, start materials are essential, but there is also an art to crafting good bubble hash. We think that the method is equally as crucial as start materials.

How Is Bubble Hash Made? 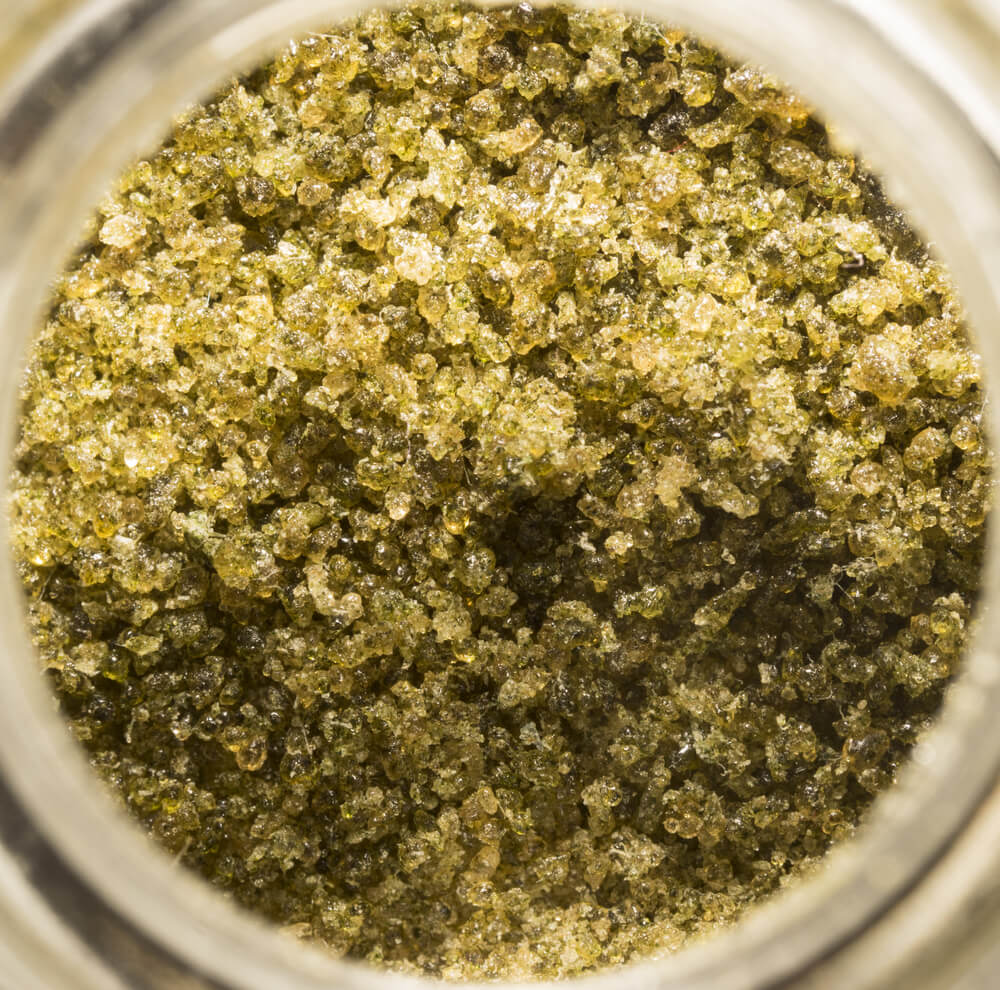 Refining a cannabis concentrate without the use of solvents is a novel idea, which is why rosin is becoming more and more popular in the legal cannabis markets. The technique of making bubble hash first became popular in mainstream Western cannabis culture around 20 to 30 years ago. But the art of the hashish has been prominent in other cultures for hundreds of years. It remains one of the purest forms of cannabis concentrates on the market today. To make bubble hash a producer generally uses ice water, fine-mesh micron bags, and cannabis flowers. The final result is a pure, concentrated form of cannabis that connoisseurs have been sparking up for decades.

Ice water and fine-mesh micron bags are used to extract cannabinoids from the plant materials. These micron bags are called ‘bubble bags’, which is one of the reasons many believe that the cannabis product got its name. To start, put cold ice water into a bucket with the cannabis start materials. Use enough ice water to submerge the flowers. This will freeze the trichomes on the start materials. Next, we agitate the cannabis flowers to break the trichomes off of the plant. It is necessary to use finesse in this process because we want to break them off of the leaf or bud, but we don’t want to damage the trichome heads. At this point, some use a wooden spoon while others opt to use a ‘washing machine’ which gently agitates the materials. In general, agitation should go on for about fifteen minutes.

After the trichomes are broken off of the plant materials, the bubble bags and mesh are used to separate the trichomes. In a different bucket from the one with ice water place the micron bags in the bucket in ascending order. That means first putting the size 3 micron and then the size 7. Some concentrate artists choose to use more, but a size 3 and 7-micron bag are standard for homemade hash. Once the bags are secured over the sides of the bucket, pour the water and cannabis flower mixture directly into them. Allow the mixture to sit and slowly separate itself out over the next 15 minutes or so. Time to smoke a bowl!

After 15 minutes, remove the first mesh bag from the bucket and flush it with more ice water just one last time to get any last trichomes. Give it one last shake, let it drain and then put it aside. Repeat this with each bag. Each will have its own grade of hash, with the finest sized mesh micron bag holding the finest product. Remove the various grades of product from each bag and spread onto separate drying sheets. A non-stick surface is ideal for drying. Once dry, the hash can be pressed into a sheet or a rolled into a ball to be stored for later.

Small pieces can be broken off of the hashish and put on top of bowls or rolled into joints to be enjoyed. For those rolling up their hash, be sure to lightly apply heat to the outside of the joint to ‘get the hash started’. Without this little trick, the hashish will burn slower than the paper and flowers, causing us to tap it into the ashtray it before it is even used.

Bubble hash has been a prominent cannabis concentrate for decades, and it will surely be on shelves for years to come despite its more concentrated cousins like live resin and crumble picking up popularity.