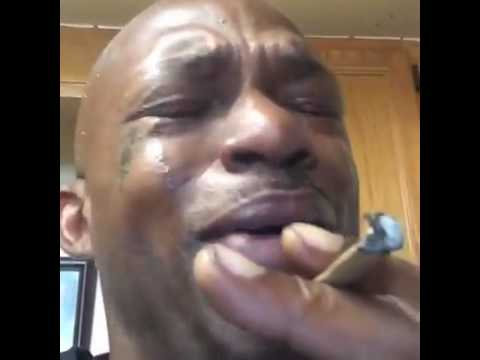 Smoking weed got emotional for one man who was in literal tears over really good weed (I think we can all relate…;)).

This video became viral a couple of months ago. It got viewed a couple of million times and a lot of weed sites have reposted it all over social media.

The video’s star is a man who’s already seen in tears when the video begins. Sniffling, coughing, and lip quivering, the man proclaims: “Thank god for my reefer man. That shit good.” He then hits said reefer. “Every time my reefer man has some good weed when I come back that afternoon…” the man says with tears streaming down his face, making it difficult to catch the last of that emotional delivery. With great strength, from his weed, he carries on: “I wanna know what mothafuckin’ deals he be getting. He needs to get more of this shit.” Again he reminds himself, and viewers, “This shit too good.”

Oh and by the way, make sure to checkout these facts about: avg weed spending, vape carts & popcorn smelling weed?!