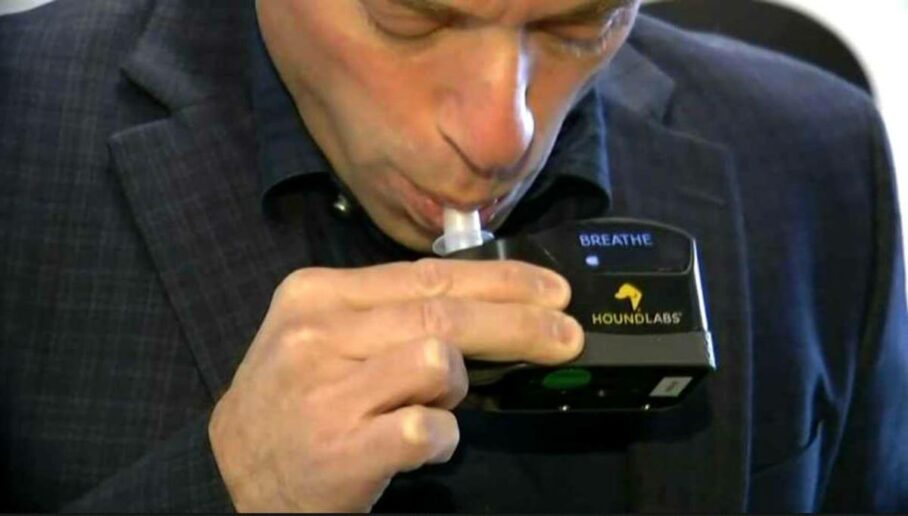 Drivers suspected of being stoned may soon face the same type of roadside breath test cops use to catch drunken drivers, as several firms prepare new devices for the street.

Hound Labs of Oakland expects to have a weed breathalyzer ready by the second half of 2020, according to Mike Lynn, a medical doctor and co-founder of Hound Labs. Another firm, SannTek of Canada, also is racing to have a product ready in that timeline.

Both developers also see uses for the devices on job sites to ensure workplace safety.

Hound Labs says its test will show whether a motorist smoked weed within a three-hour window before driving. That, Hound Labs’ Lynn asserted, is the time frame when drivers are most impaired. He cited statistics indicating that 14.8 million Americans have used cannabis within an hour of starting a car.

SannTek’s Noah Debrincat, a nanotechnology engineer from the University of Waterloo in Canada, said his device also can identify a driver who has gotten high within three hours of driving.

Lynn said he expects the Hound Labs device will also be used in the workplace, where employers can ensure that workers are not high on the job, and employees won’t face sanctions if they partied the day before.

Without a field test for cannabis, police who make traffic stops rely heavily on Drug Recognition Officers to check drivers who appear to be impaired but aren’t showing signs of being drunk. The officers undergo special training to spot cannabis consumers as well as others who have consumed both illegal and legal drugs before driving.

That usually means the driver is taken to a hospital for what police call a “blood draw” to determine what’s in their system. It’s expensive and time-consuming for the officers and the driver.

Police agencies are still largely on the sidelines in terms of plans to purchase the devices.

“I think it’s interesting technology, but we don’t want to be the first to jump on it,” he said. “Absolutely, there’s a need for it. I hope they perfect it.”