No, Amsterdam Will Not Ban Tourists From Coffee Shops - International Highlife 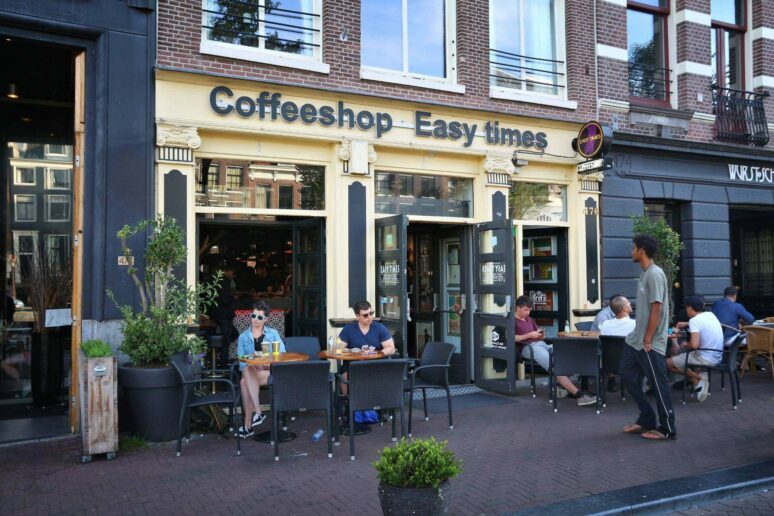 No, Amsterdam Will Not Ban Tourists From Coffee Shops

Amsterdam is a bit of a mythical creature in stoner circles. Long before weed became legal anywhere in the US or Canada, the Dutch city offered a safe haven for cannabis-lovers from around the world, and countless stoner movies have been made about pilgrimages to Amsterdam.

According to various media reports, that status is now in danger, as the city’s major, Femke Halsema, is looking to ban foreign tourists from buying cannabis in one of the Dutch capital’s many coffee shops.

Before you panic and buy a last-minute flight to stoner Mekka before it’s all over, let us clear up a few misunderstandings in the news reporting around the issue.

No! Sebastiaan Meijer, a spokesperson for the mayor, told DutchNews.nl that Amsterdam does not have any plans to ban foreigners from coffee shops. It is, however, researching policies that could make them less attractive and reduce tourist nuisance.

Amsterdam, home to 1.1 million people, attracts over 17 million tourists every year, and the city has, for years, looked at options to reduce the attraction of its liberal drug policy.

While the sale of cannabis in authorized coffee shops is tolerated in the Netherlands, the production of the plant remains illegal. That has resulted in a bizarre situation in which the country’s semi-legal drug trade is fuelled by criminal gangs who grow and distribute cannabis to the shops.

So why is everyone writing about the ‘ban’?

The reports about Amsterdam banning tourists from coffee shops you’re seeing stem from a briefing that Halsema sent to the members of the city’s General Affairs Council Committee. A number of news sites either grossly misunderstood the paper, or just didn’t bother reading it at all and just went with the most clickbaity headline (looking at you the Guardian & the Independent).

In the document sent to the council committee, Halsema summarizes the results of a study that the city commissioned to investigate “the extent to which coffee shops, (window) prostitution and budget flights contribute to the appeal of Amsterdam’s city center to foreign tourists.”

Halsema writes that the survey results would be used to develop policies that could “reduce the pulling power of cannabis on tourism,” while at the same time cracking down on illegal activity surrounding coffee shops.

The study — performed in August 2019 in the city’s Singel and Wallen districts where the Red Light District and most coffee shops are located — targeted 1,161 foreign visitors between the ages of 18 and 35.

That age group, and specifically young men, have previously been found to be a major cause of nuisance in the city that has long struggled with its image of letting drugs and prostitutes roam freely.

Cannabis a major reason for tourism

According to the survey, coffee shops were the main reason for 22% of respondents to visit Amsterdam, while 57% said it was “a (very) important reason.”

For a third of those surveyed, a ban on access to coffee shops would be reason never to visit Amsterdam less often, while 11% said they would never return to the city.

Only 1% said Amsterdam’s famous Red Light District was their main reason to visit the Dutch capital, while 22% consider it an important reason. A whopping 25% of respondents said they would visit less often, with 9% never coming to Amsterdam again.

In a separate move, Amsterdam city hall on Thursday announced that group tours of the city’s red-light district in the Wallen district would be formally banned effective April 1, 2020, while guided tours in other parts of the city’s center would require a permit.

Victor Everhardt, deputy mayor for economic affairs, told the Guardian that red-light district tours had been banned because it was “disrespectful to treat sex workers as a tourist attraction.”

The city council also limited the size of tours to 15 people and banned them from stopping in busy places. If you’ve ever tried to walk through Amsterdam’s center during peak tourism season, you’ll thank the council for that decision.

Around 115 guided tours pass through the red-light district every day, with sex workers frequently complaining of abusive behavior.