10 Best Weed Cities You Should Consider Living In 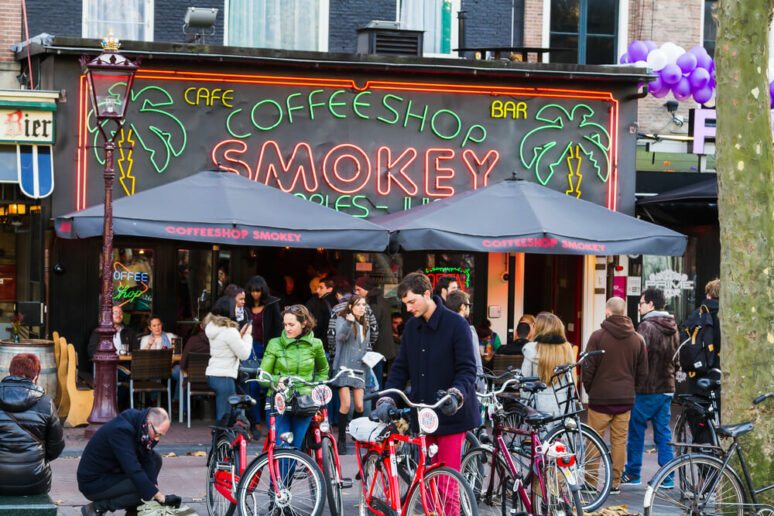 13 Best Weed Cities You Should Consider Living In

Looking for a new a new place to call home? Want to ensure you have access to great weed for either recreational or medical purposes? Now is a great time to choose from a growing number of weed-friendly locations across the globe. Countries all over the world have begun to embrace and legalize cannabis consumption. Which means that 420-friendly globetrotters have more choice than ever when considering a new place to live. We’ve put together a list of 10 cities that are perfect to consider living if you love to smoke weed. Any of them is an excellent choice for a new home. Some may be closer than you think! Here are some of the best weed cities to consider. 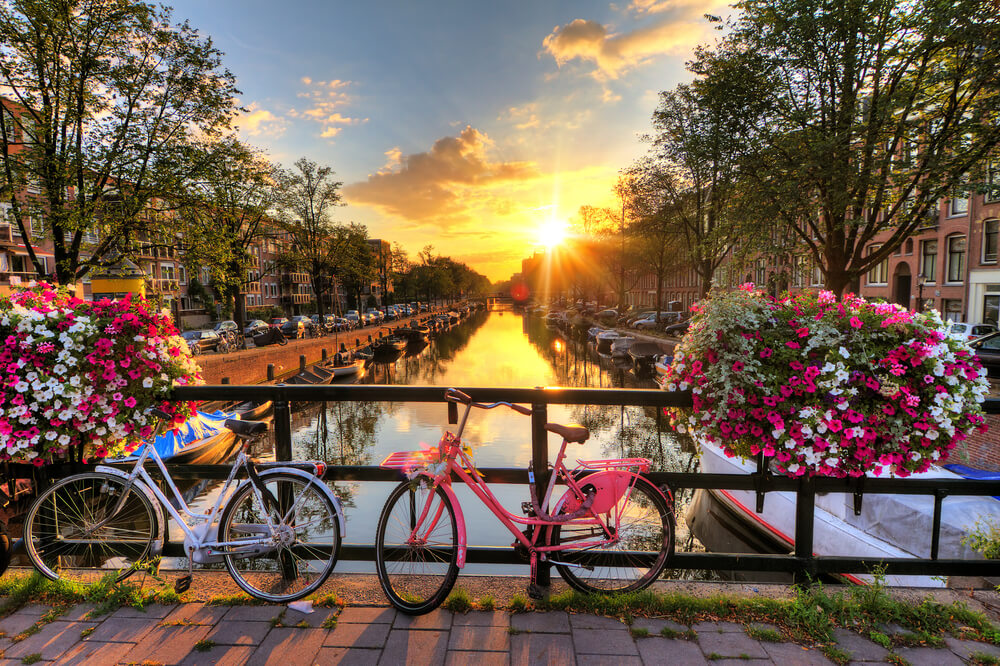 Amsterdam was the original vacation destination for cannabis smokers from around the world. Marijuana has been decriminalized for personal use. While laws of the country helped it to become one of the world’s green hot spots. This, in combination with the red-light district, has enabled it to keep its historic charm and pleasant place for tokers.

Even before marijuana become central to some aspects of Amsterdam’s tourist industry. The country’s relatively lax laws surrounding weed has created this weed-friendly haven as early as the 1970s. 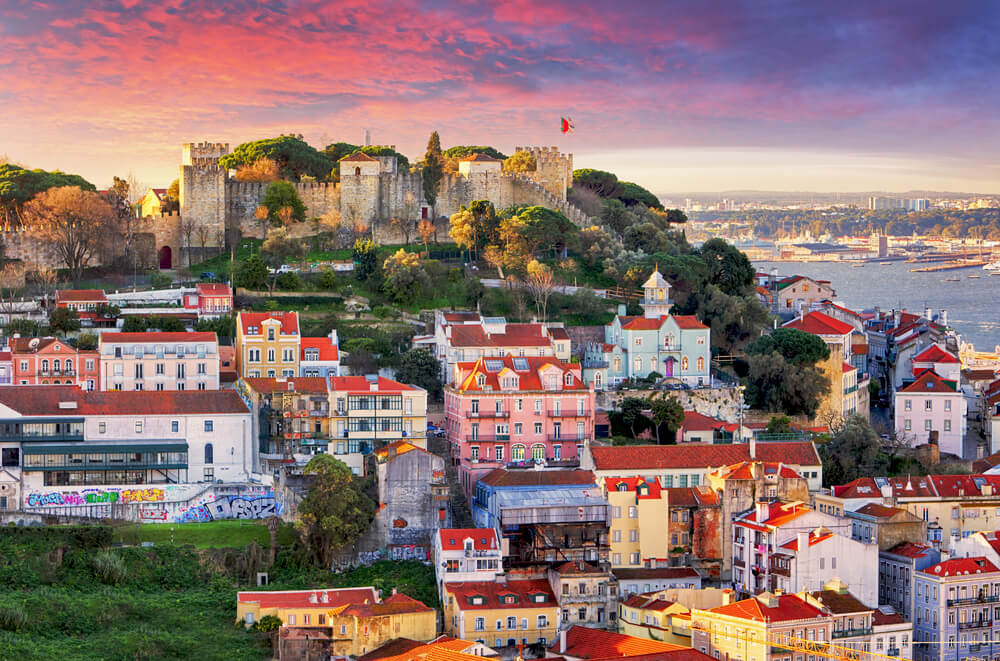 Cannabis smokers have an easy time finding weed in Portugal, where personal use has been decriminalized since 2001. Lisbon, being a major city and attracting young professionals from all over the world. Has become a place where weed smoking is normalized and easier to access than many other European cities.

There is a lot of bad weed floating around Portugal, and you will likely have an easier time finding hash than weed. But, with a good supplier, you can get great weed for as little as $20 per eighth. Great prices, no legal risks, and plenty of working opportunities make Lisbon the perfect spot for weed lovers. 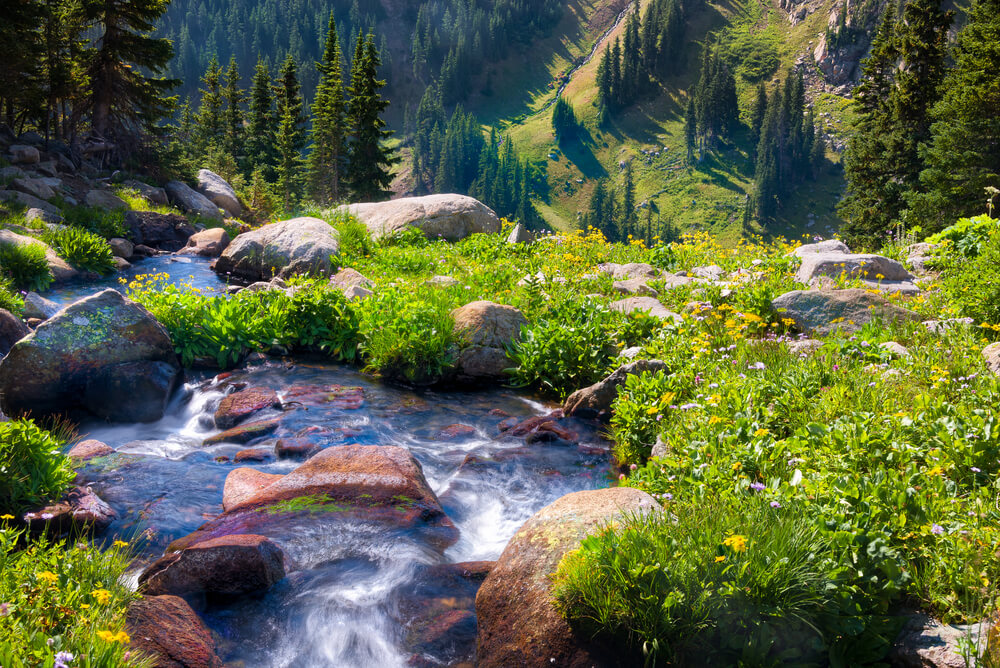 You’ve probably heard about the transformation that Colorado has gone through in the past few years. Boulder has long been a place that is somewhat friendly to weed smoking, despite legal restriction. Now that laws have updated to reflect this culture, Colorado has become a very cannabis-friendly place to live. It has become a world-famous success story for the benefits of legalization.

Moving to Boulder gives you access to edibles, delivery services, and a huge number of world-class strains of weed. As a bonus, the legalization movement has netted a huge amount of income tax. The income tax result has helped to increase funding for education, public services, and amenities across the state. This bonus means that you’ll get to live in a state where public services are among the best in the world. Boulder is on the right path to becoming one of the worlds best weed cities. 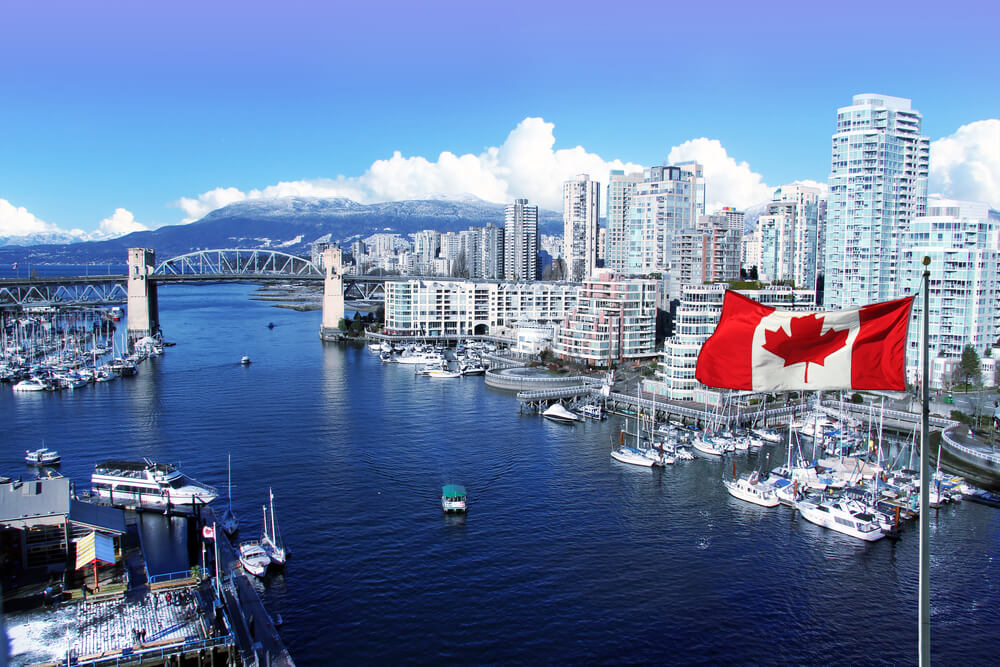 Legalization doesn’t technically come into effect in Canada until 2018, but personal use has been decriminalized. With forthcoming legislation that will include purchasing laws, cannabis business has already opened across Vancouver. With easy access to amazing strands of weed at very affordable prices. Though police do occasionally shut down these businesses for a day or two. Charges are never laid against customers, and no charges have stuck to any of the business owners either.

If you want easy access to marijuana and the opportunity to live near skiing, skating, and the beautiful wilds of British Columbia, Vancouver will be your paradise. As a bonus, Toronto is also heating up as one of the most cannabis-friendly areas in Canada. With pending legalization, Canada is about to become a much happier place for anyone who smokes weed. Vancouver is clean, and on the path to becoming one of the best weed cities in the world. 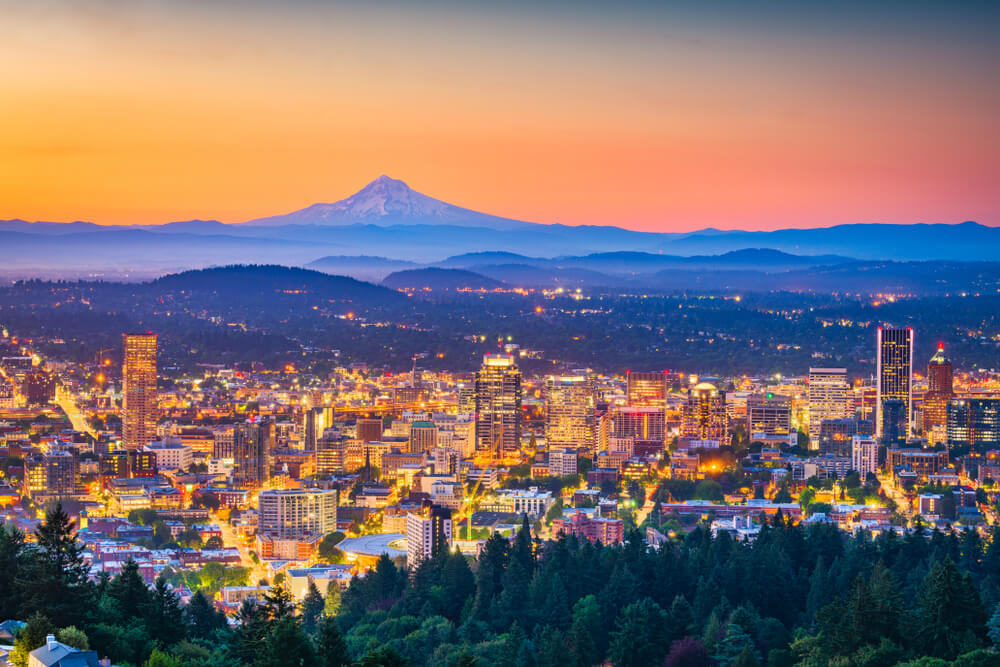 Portland was very ahead of the times in terms of cannabis legalization. Since 2004, recreational use has been legalized to some degree. This is reflected in the culture and the 420-friendly community in Oregon. Legal access to medical and recreational supplies means you’ll have access to the best strains, and the right to enjoy them in your home.

Oregon might not be the choice that jumps to mind when you’re considering a cannabis-friendly home. What’s nice about Portland is that all this is available. However, Portland hasn’t really evolved into a town obsessed with weed. If you love to smoke a bit of green at the end of a long workday this might be a good place. 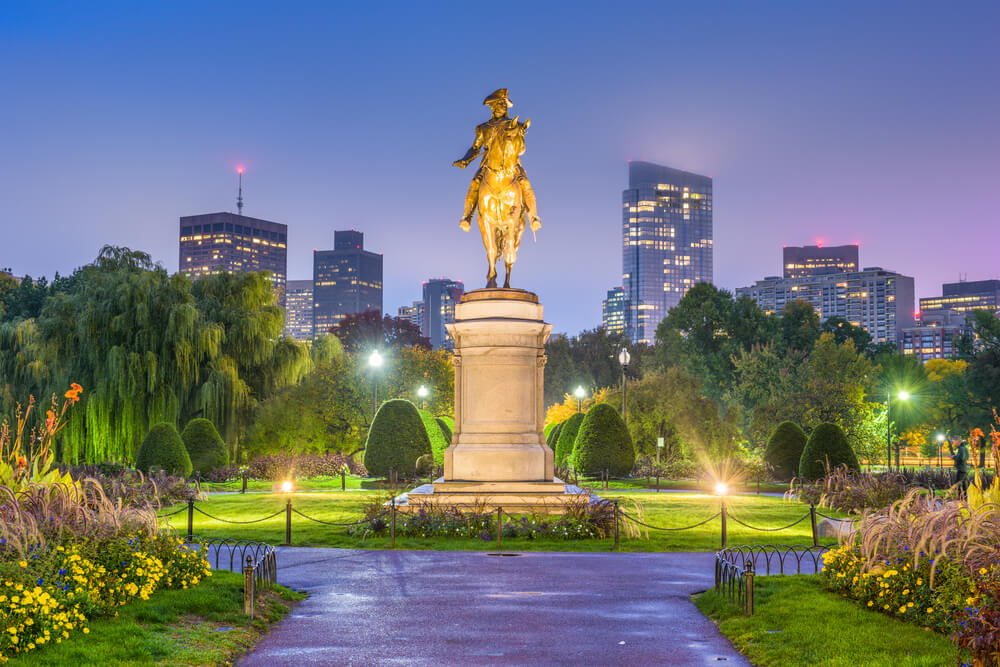 Weed has only been legalized in Massachusetts since 2016, but Boston has embraced the 420-lifestyle with a vengeance. Like many major cities, Boston has long been a place where weed-smoking has not been taken too seriously, and tokers were able to gain access to medical and recreational weed before legalization came into effect. With more legal freedom, Boston has allowed dispensaries and mail-delivery services to open but has not been completely taken over by marijuana tourism and sales. 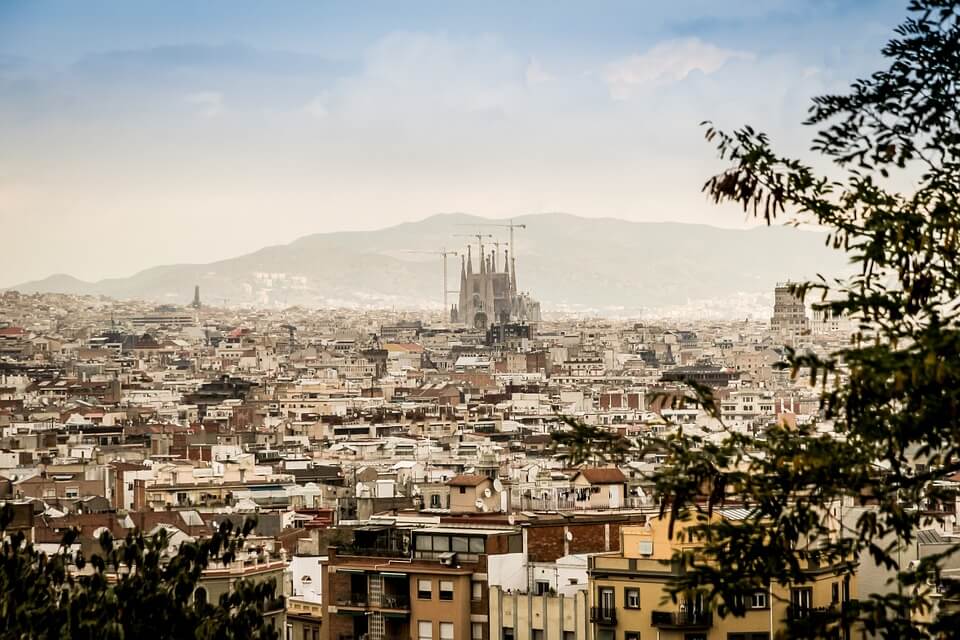 Spain may not be the first place that you think when you think of weed-friendly countries, but many parts of Spain are the perfect place to move for any stoner. Aside from perfect weather, delicious food, and wonderful history and culture, you can also enjoy the modern convenience of legal marijuana access.

Barcelona is the heart of the cannabis movement in Spain and has over 200 cannabis clubs operating in the city alone. |Cannabis clubs in Barcelona are unique in that you require a membership which then allows you to use the facilities and partake in the consumption of the collectively grown medical marijuana. Plus, as a part of the European Union, Barcelona is a wonderful place for any young professional looking for a new experience.

Barcelona is still in the adaption phase and is slowing maturing and on the path to a more legal state. One of the most popular cannabis festivals which continues to grow year after year is ‘Spannabis’, a cannabis festival held in Barcelona. Spannabis is rated as one of our top picks for the best weed festivals in Spain. 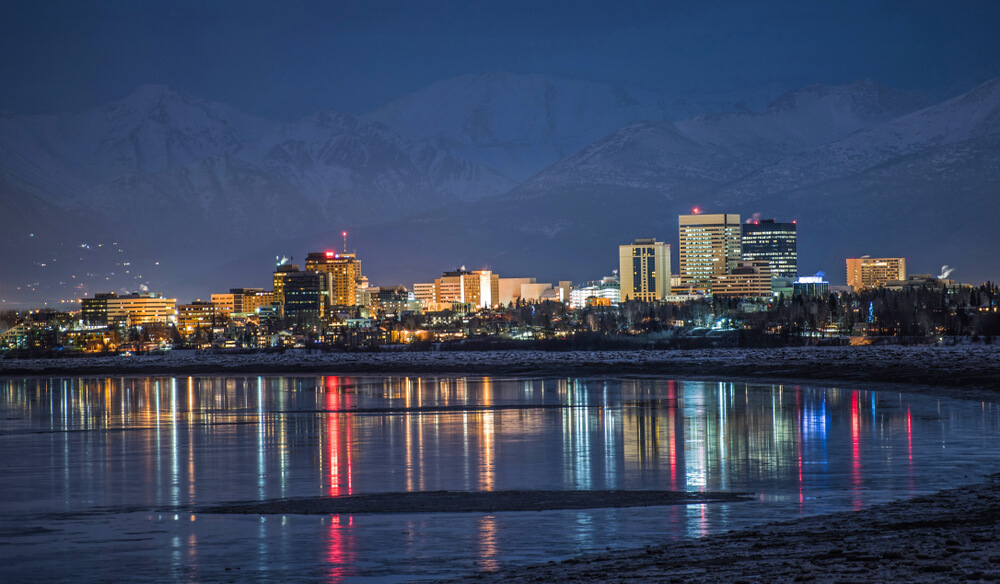 We’re betting you probably haven’t considered moving to Alaska in the past. With a cold climate, and a location that is separate from the majority of the United States, cities in Alaska are not typically favored by people looking for a fresh start unless they work in the oil industry. But, if you’re willing to deal with the cold, and like the charms of living in smaller cities, Alaska might be the place for you if you need a new weed-friendly locale. This is one of the best weed cities in the upper Northern hemisphere.

As a bonus, Alaska presents a lot of professional opportunities for those willing to work hard and do some serious physical labor. So, if you’re looking for a change in your life, and may be looking for a new career that won’t require years of training, take a look at what’s available in Anchorage. 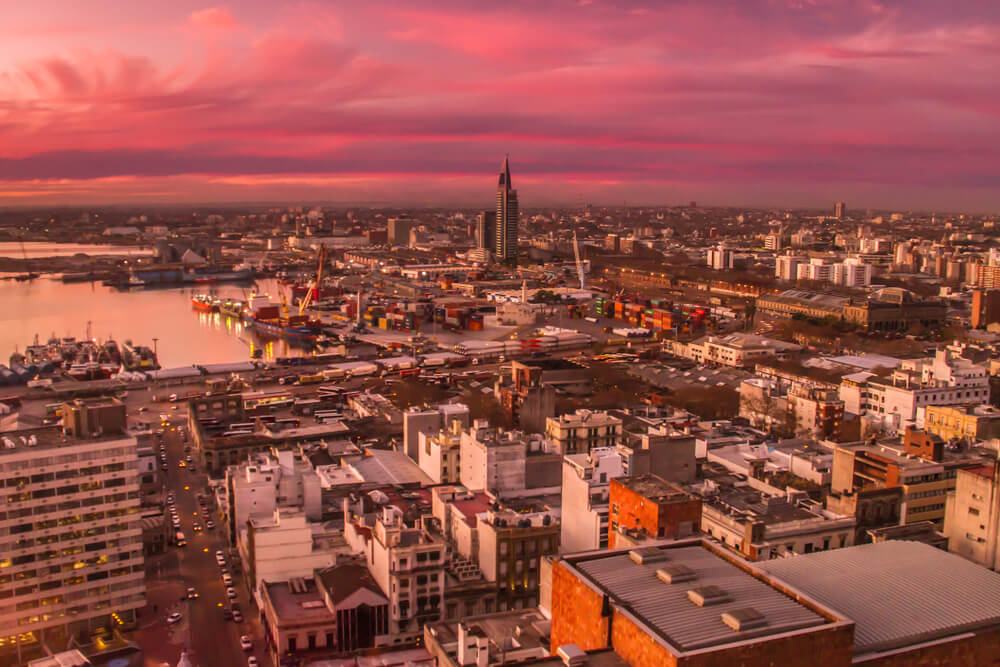 Uruguay has legalized weed for use for all of its citizens, and anyone living in the country is able to access up to 40 grams of weed per month from their local pharmacy. Montevideo, as one of the major cities in Uruguay, is very weed-friendly, and access in this part of the country is unparalleled.

One odd thing about Uruguay though, is that tourists actually can’t buy weed for their own use when visiting the country. The legal benefits of weed in Uruguay only extend to those who live there, so you’ll have to really commit to getting the full experience, or make some good friends if you’re visiting. 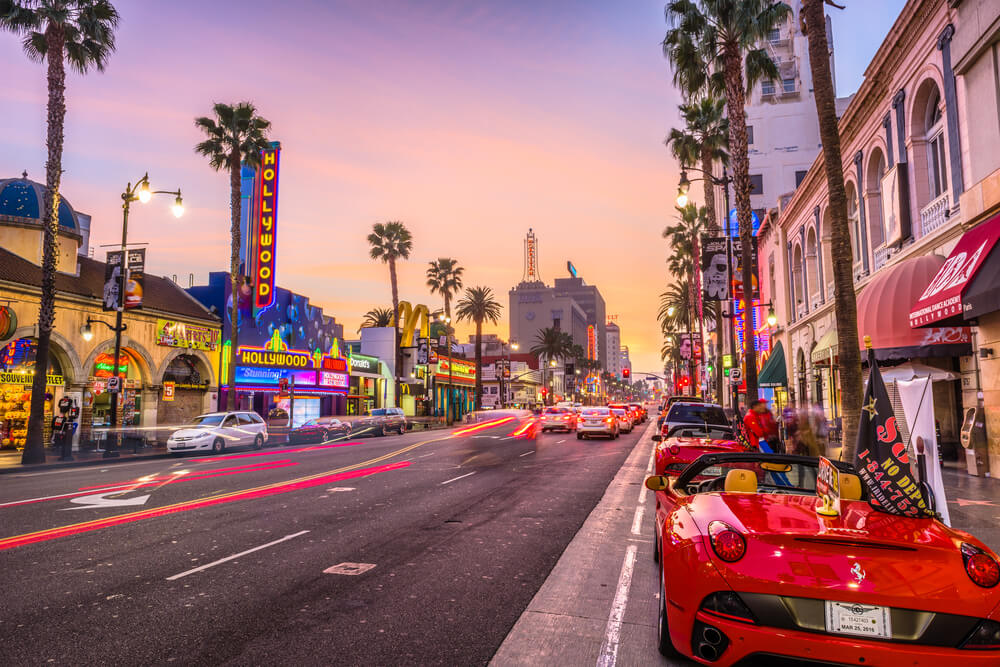 Los Angeles, as usual, was very ahead of the curve in terms of cultural acceptance, and LA has been on the move in normalizing cannabis consumption. California only legalized recreational weed use in 2016, but a very open medical and recreation community means that weed-smoking has long been a norm in LA. If you are a film fanatic and looking for a new cannabis-friendly place to call home, Los Angeles might be perfect for you. You’ll just have to be ready to deal with the world-famous traffic jams to live in this contender of one of the best weed cities.

If you’re looking for a new place to call home and cannabis access is a priority for you, any of the countries on this list are amazing choices for your next adventure. The legal, controlled access to cannabis ensures you’ll have access to the green you want, without worry about any legal troubles. 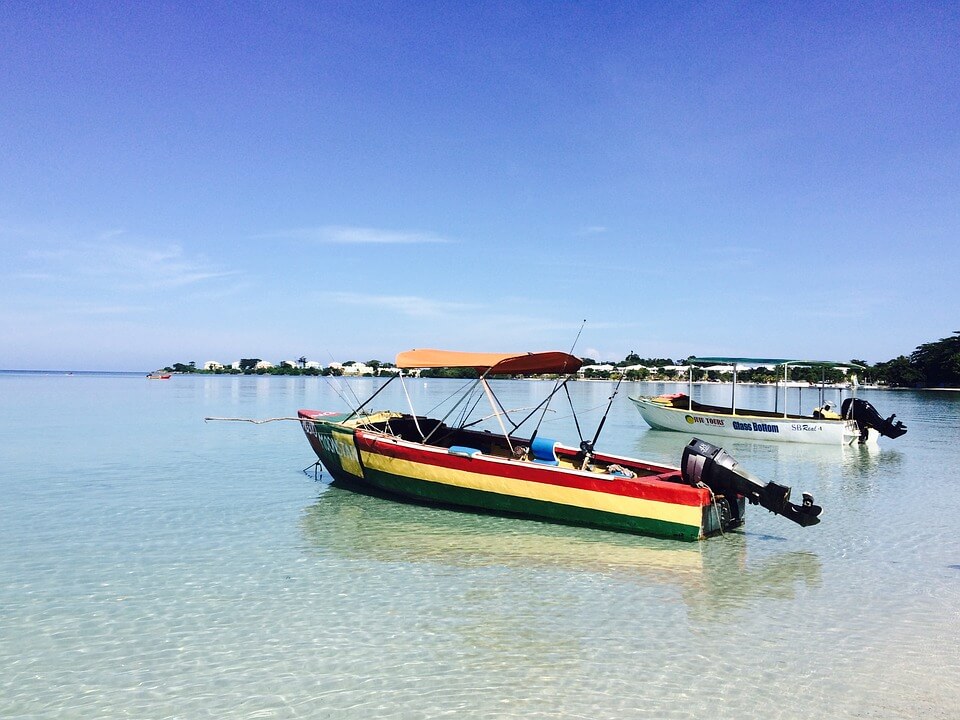 Negril Jamaica is one of the best spots in Jamaica to travel to on tourism. Especially if you are looking to partake in some 420 fun. Be warned, Cannabis is still illegal in Jamaica (as of Dec 2017). But if you stick to the resorts you should be ok. A resort called ‘Breezes’ has been noted to have a strong cannabis presence that guests seem to enjoy. This list would have just seemed incomplete without noting a destination from the country home to Bob Marley. 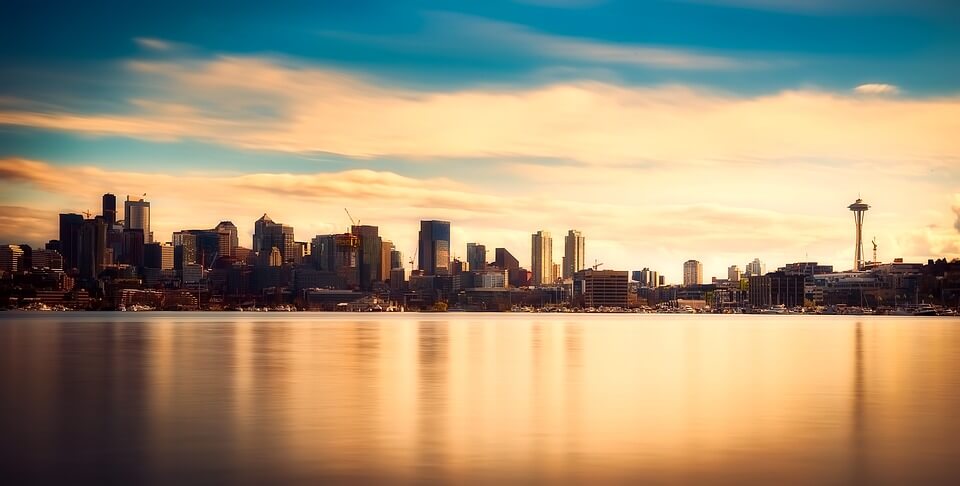 As it is stated on the official government website of Seattle (Seattle.gov) “In November 2012, Washington state voters approved Initiative 502 (I-502), legalizing possession of small amounts of marijuana”. Seattle is one of the leading cities on a  more open approach to cannabis laws and regulations. Located just south of Vancouver and just west of Portland – Seattle is in the heart of cannabis zones in North America.

Here are a few rules to live by if you plan on living in or visiting Seattle. First, adults 21 years of age or older can purchase recreational marijuana. Adults aged 18 to 21 require a recognition card and only through a licensed premise. Second, you can only purchase marijuana at state-licensed retail stores. Third,  you can purchase up to 1 ounce of dry herb. 16 ounces of edibles, 72 ounces of liquid form cannabis,  and 7 grams of concentrates. Four, it is illegal to consume cannabis in public view. Five, don’t get high and drive – this is illegal. Six, you cannot take cannabis outside of the state of Seattle. 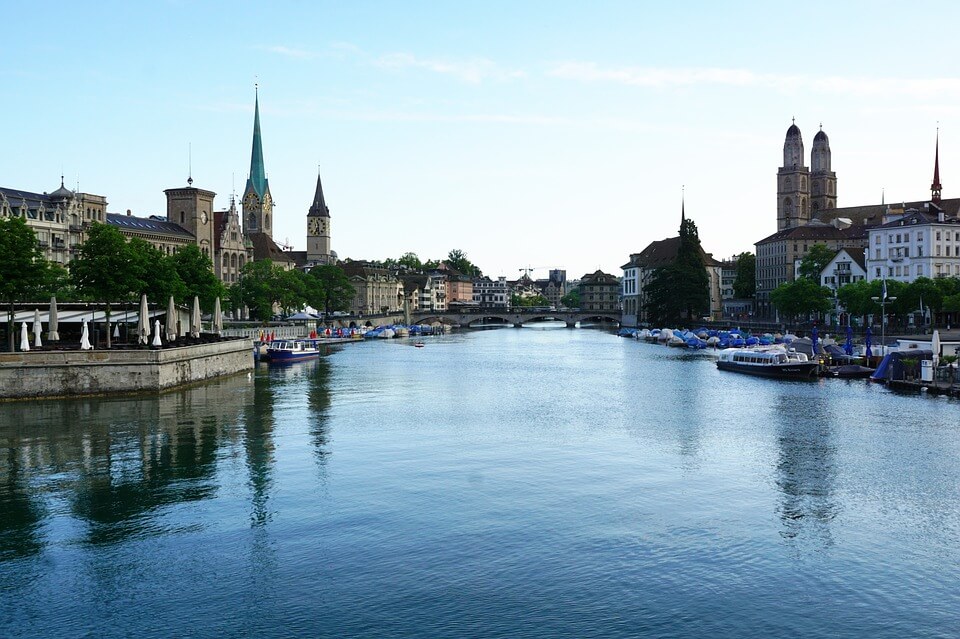 Cannabis remains illegal in regards to cultivation, consumption and sale for a THC strength of over 1% in Switzerland. The city of Zurich is becoming a leader in the area of new CBD products and technologies. Any cannabis with a THC level of less than 1% is considered a drug. Amounts that fall under this amount are regulated and require special authorization to cultivate, sell and use.

The Switzerland government support the idea of examining cannabis on a  medical level and acknowledges the benefits that cannabis provides. CBD products were most notably popular at Cannatrade – a popular cannabis trade fair that takes place in Zurich’s. Zurich is a good option to consider when looking for one of the best weed cities to live in. Especially so if you want one that is focusing mainly on CBD and the health benefits of cannabis.