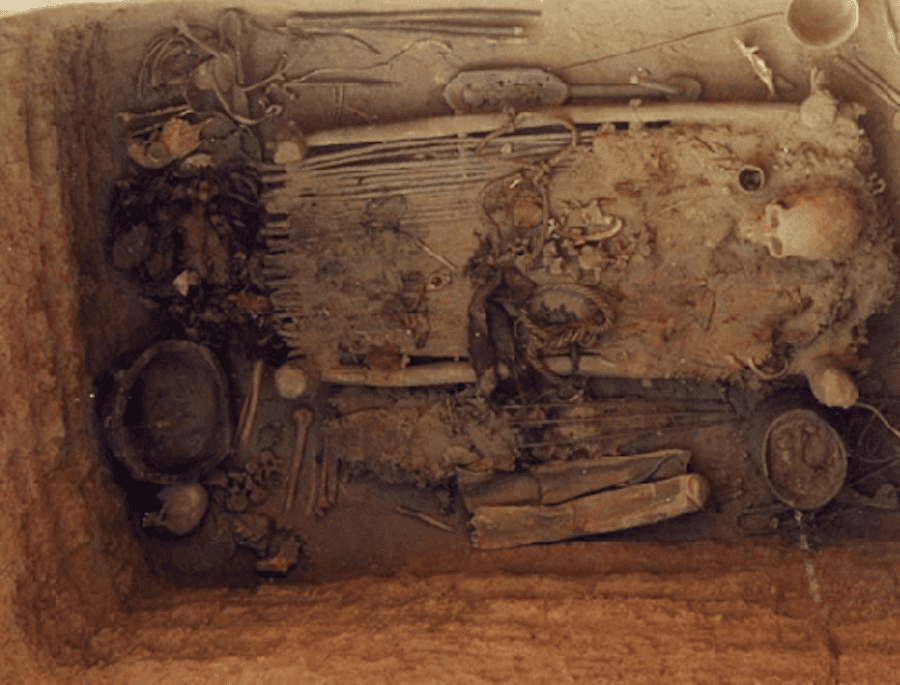 The world’s oldest stash of weed was found in a tomb in China. According to the Journal of Experimental Botany, the cannabis is about 2,700 years old.

Researchers found all 789 grams of dried cannabis buried beside, what they believe, to be a shaman of the Gushi culture. It was found in Turpan in northwest China.

Dry conditions and the alkaline soil preserved the stash, which enabled scientists to study it.

To our knowledge, these investigations provide the oldest documentation of cannabis as a pharmacologically active agent,

However, they can’t determine if the cannabis they found was ingested or smoked. No pipes or other clues were discovered in order to reach a good conclusion.

The researchers also speculated that the large cache was meant for afterlife use.

It was common practice in burials to provide materials needed for the afterlife. No hemp or seeds were provided for fabric or food. Rather, cannabis as medicine or for visionary purposes was supplied,

This is not the first time that researches found cannabis that is 2000 years old (or even older…).

...
Medical Marijuana Bill Clears Alabama Senate Committee February 19, 2020
Why SpaceX is Sending Weed to Space in 2020 December 12, 2019
Sex Offender With ‘Pot Head’ And Joint Tattoos On His Face Is Wanted By The Police December 6, 2019
Willie Nelson: I had to quit smoking weed due to breathing issues December 4, 2019
Man sheds tears of Joy after smoking the best weed of his life November 26, 2019