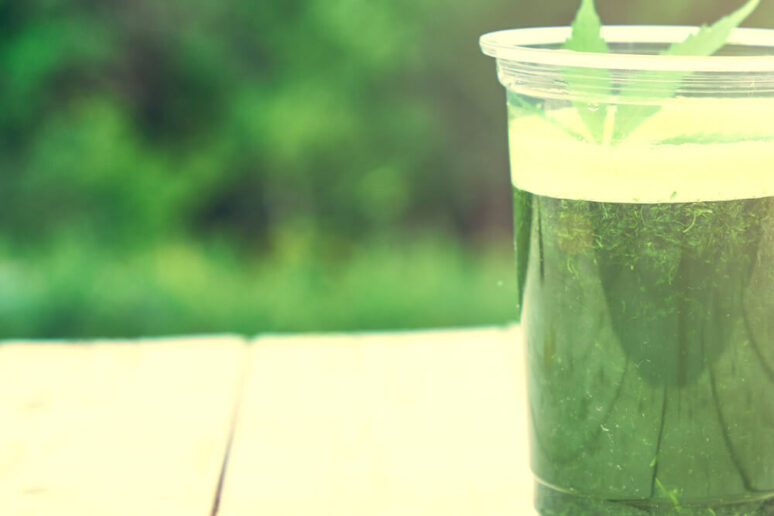 With the incredible healing abilities of cannabis being highlighted in the media each day, of cannabis is no longer considered to be just a recreational “drug” that people consume to get high.

The naturally healing plant offers those who suffer from illness a vast variety of natural benefits and the best part is, the ways you can consume it are almost endless. The latest method that has yielded astounding results is juicing the raw plant.

Why Should You Juice Raw Cannabis?

Since the world latched onto juicing cleanses a few years ago, it has become clear to many that the best way of absorbing all of the nutrients and goodness that a plant has to offer is to juice it and consume it immediately. Many people around the world are already turning to cannabis-based products to ease the symptoms of illness, and there is a strong argument that juicing raw cannabis is the fastest and most effective way to experience all of the benefits of the plant.

One of the main advantages of juicing is that raw cannabis is not psychoactive. This means that you won’t get high, which is an attractive feature for many people who prefer to experience only the therapeutic benefits of cannabis.

The founder of Cannabis International, Dr. William Courtney is considered to be the biggest advocate of raw cannabis juicing after his wife’s video testimony describing the positive effects that the juice had on her illness went viral.

What The Testimony Revealed

Kristen Peskuski, who is also a researcher has been battling arthritis since her diagnosis when she was just 16 years old. In addition to having to cope with the crippling disease, she also had endometriosis, systemic lupus and several other conditions that affected her health.

In the video she released, she explains how juicing raw cannabis has allowed her to ditch an arduous prescription drug routine that consisted of taking 40 different medications. In the same video, Kristen also goes into detail about a case of a 2-year-old who eliminated brain tumors as a result of drinking the miracle juice.

Seattle based Dr. Ethan Russo also speaks of how raw cannabis can improve the immune and nervous system. He said:

The endogenous cannabinoid system acts as a modulator in fine-tuning a lot of these systems, and if something is deranged biochemically in a person’s body, it may well be that a cannabinoid system can bring things back into balance.

Critics will argue that to experience the maximum therapeutic potential of  cannabis, you would have to juice a substantial amount of the plant on a regular basis. This would make it expensive and unless you live in a state where you can grow your own, it is less feasible than other cannabis-based products. This is something that we look forward to becoming more accessible in the future when prices drop as a result of continued legalization.