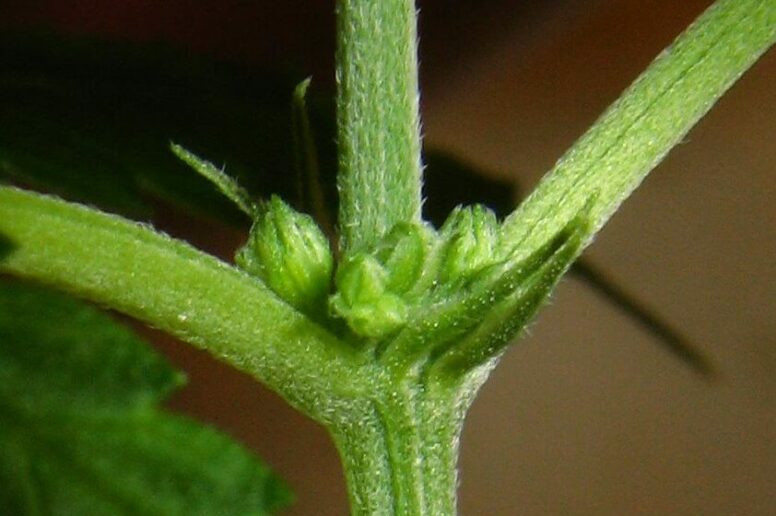 As you know, there are many different types of weed smokers, and we can all laugh about some stigmas every here and then. If you’re a veteran smoker, chances are you’ve shared a joint or two with friends and strangers on different occasions. This can be particularly true if you’re a social smoker, who likes to make new friends by sharing a joint in public. Spend enough time with tokers and you’ll soon see there are a few distinct personalities that emerge when people are high. Some of these personalities are endearing, some annoying, and others both. Check out this list of the 10 different kinds of weed smoker. We are sure you’ll be able to spot all of your toking friends.

The Admirer is one of the most fun types of toker to get high with. No matter what you’re smoking, or doing, or thinking of, The Admirer is ready to get excited and happy about anything and everything. Something about lighting up opens their mind to how wonderful the world is, and everything from your friendship to their own hands should be marveled at as a wonderful thing.

The Admirer is a weed smoker you need to hang out with more often. Every time you guys light up, they will have a blast, and make sure you do too. As a bonus, there is no one in the world who is better at sharing good news that The Admirer, which makes for some joyful and energizing conversation.

The Baptiser is a lover of ritual. They want to be the one to roll, the one to light up, and the one to christen the joint every time the group gets together. Some people are grossed out by this habit, but it does serve a purpose. Adding a little moisture to the paper ensures it will all burn more evenly, making for a better smoking experience, and a better high. So, though this ritual might be off-putting to witness, thank The Baptizer for being there to make sure joints are at their best.

The Livestreamer could not be prouder of their 420-lifestyle. These stoners have embraced the cannabis-legalization movement with a fury, bringing their smoking experience to the fore and sharing it for the world. Some live streamers simply like to connect with others while high, using apps to like TokeIt to find other smokers when they are getting high alone.

With an exploding market, pot-smokers who are in the livestreaming game also have the chance to make a lot of money, provided they can create an audience. Many have created channels online that allow them to review different strains and products, and turn sales into cash. If you’re not into the public smoking lifestyle, make sure to watch out when you’re sharing a joint with The Livestreamer.

There are two kinds of cougher. The first is so endearing. They are either a new smoker, or simply can’t get used to inhaling smoke. Every time you get high together, they sputter and cough and clear their throats for ten minutes before experiencing very intense highs. So intense that you wonder if type two might be on to something…

Much worse is the intentional cougher. These tokers are the ones who have heard the old saying “if you don’t cough you don’t get off” and taken it very seriously. So seriously, in fact, that they will intentionally force themselves to cough in an achieve a more intense high. This notion is so ridiculous, and so irritating, that it can take some of the fun out of a session.

The Fixer is a wonderful, valuable friend to have around in a high. Canoeing joints and ones that are rolled too tightly can be a major buzz-kill, especially if you have a few new smokers in the bunch. No one really wants to take responsibility for repairing something like that, especially if a few joints have already been passed around. Luckily, The Fixer is always there to help save the joint, keeping the whole group from wasting weed and missing a smooth pull.

The complaining toker doesn’t usually mean to be negative, they just have high standards when it comes to their weed. They are usually all about knowing the perfect strain for the situation, using the perfect piece, or rolling the perfect joint. Like foodies, The Complainer simply doesn’t see the point in smoking if it isn’t done right. Try not to hold it against them, though it can be a buzzkill. The next time they start getting negative, suggest that they supply the weed and the piece going forward, and hopefully that will cut down on their worries.

How does this person get by when you’re not around? This enthusiastic toker is always ready to partake but never shows up with any supplies if their own. Everyone gets the benefit of the doubt sometimes, but after a few sessions with this character, you’ll realize they never even planned to pitch in.

Though they may be a fun friend and great to have around during a high, watch out for people who are willing to take without ever giving, and be sure The Taker doesn’t get their hands on free weed every time you see them.

We all get a little philosophical while smoking occasionally. Getting high can really change your perspective and provoke some interesting conversations that lead you through great scenarios and moral conversations. The Philosopher is the stoner who gets into this mood every time they smoke. Maybe it is a bit of paranoia, or maybe they just need to verbalize all of their thoughts, but either way the theories and questions just pour out.

Sometimes, it is best to not even pretend you’re following The Philosopher to the depths they are going too, because half the time you won’ t be able to. Usually, just letting them tell you their theory is enough, and can make for some interesting conversation. Then again, they just might introduce you to an interesting new line of thinking, and can be a great friend to smoke up with occasionally.

This stoner is another endearing character, willing to help any newbie try their first few highs with patience and gentle instruction. You’ll see The Teacher calmly explaining the best use of strains, the lighter, the piece, and how to inhale, making sure new stoners have a nice and supportive attempt at trying weed.

The Teacher is also someone who tends to experiment with new pieces and new methods, so you may also experience them introducing to the latest in vapes, one-hitters, and fancy rolling methods. They are a wonderful friend to smoke with, and often wonderful and generous people in general.

Why does this person continue to smoke weed? You ask yourself this question every time you hang out. All will be going well when suddenly, it hits. Their paranoia. You see it building in their eyes, and more often than not, they’ll need to share their fears with you, and take you into a paranoid headspace too. Whether its jumping at every noise, worrying that cops will somehow appear, or telling you about their philosophical fears, it can be a scary time with The Paranoid Stoner. If you’re around a regular smoker who gets bad paranoia, try recommending they stick to quality indicas to avoid bumming everyone out all the time.

One response to “10 Different Types of Weed Smokers”