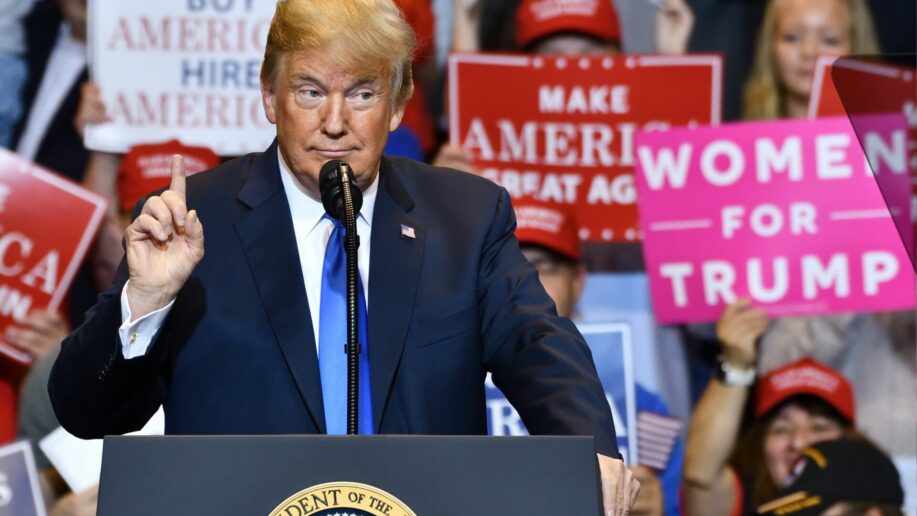 US President Donald Trump on Monday released his administration’s budget proposal for 2021, which, among a number of sweeping budget cuts, also proposes to end an existing policy that protects state medical marijuana programs from interference by the Justice Department.

The policy, the so-called Rohrabacher-Blumenauer amendment, dictates that the DOJ can’t use its funds to prevent states “from implementing their own laws that authorize the use, distribution, possession, or cultivation of medical marijuana.”

Under Trump’s proposed changes, these protections would all be removed.

So, should you be worried?

Not exactly. For now, Trump’s proposal is just that — a suggestion for a budget. 33 states currently have medical marijuana programs and the vast majority of American’s (around 70%) support the full legalization of cannabis.

An astounding 92% of Americans support the legalization of medical marijuana. It’s highly unlikely that lawmakers would risk riling up their constituents over such an important issue.

Pro-cannabis advocates are sure to push Congress to reinsert the protections into next year’s budget, Maritza Perez, director of national affairs for the Drug Policy Alliance, told Leafly.

“I don’t think it’s going to be a huge uphill battle, just because this is something Congress has agreed with just in the past few years,” she said. “This is an area where I’d say the administration is definitely more conservative than Congress.”

Pro-cannabis lawmakers have so far been successful in renewing the protections rider that has been included in congressional spending bills since 2014, despite repeated requests to have it stricken from the budget.

The Trump administration’s last two budget proposals already left out the medical cannabis protections rider, and President Obama also attempted to end the policy. So far, every request to have the policy removed was ignored by Congress, which renewed the protections in the spending bills.

Where does Trump actually stand on cannabis?

Trump’s stance on cannabis is anything but clear. In 1990, he said the US was “losing badly the war on drugs” and would “have to legalize drugs to win that war.”

Just a few years ago, in 2015, he came out in support of medical marijuana, leaving the issue of adult-use legalization to each individual state.

In 2018, he publicly said he would “probably end up supporting” a bill to legalize cannabis at the federal level, and was recorded at a private dinner discussing cannabis in a somewhat positive light.

Last year, the House actually approved an amendment that would have given protections for all state and territory marijuana programs, but the Senate did not agree to the amendment and it was not included in the final 2020 budget.

After Congress added the usual medical marijuana protections to last year’s budget, Trump stressed the fact that he reserves the right to ignore the congressionally approved provision.

While Trump sounds like he is in favor of cannabis, his actions speak louder and show that the current administration is far more conservative on marijuana than the country it leads.

How is the budget even passed?

If you’re not from the US, or even if you are, you may not be familiar with the process of passing a budget in the United States.

Each year, traditionally by the first Monday of February, the president sends a budget proposal to Congress.

The House of Representatives and the Senate, the two bodies that make up Congress, then have to agree and vote on a final budget that is sent back to the president for his final signature, making it a law.

The system is built specifically so that no one body can make changes that would be severely damaging to the country. At a time when both medical and recreational cannabis are becoming an essential part of daily American life, let’s hope that US lawmakers will steer the country in the right direction.