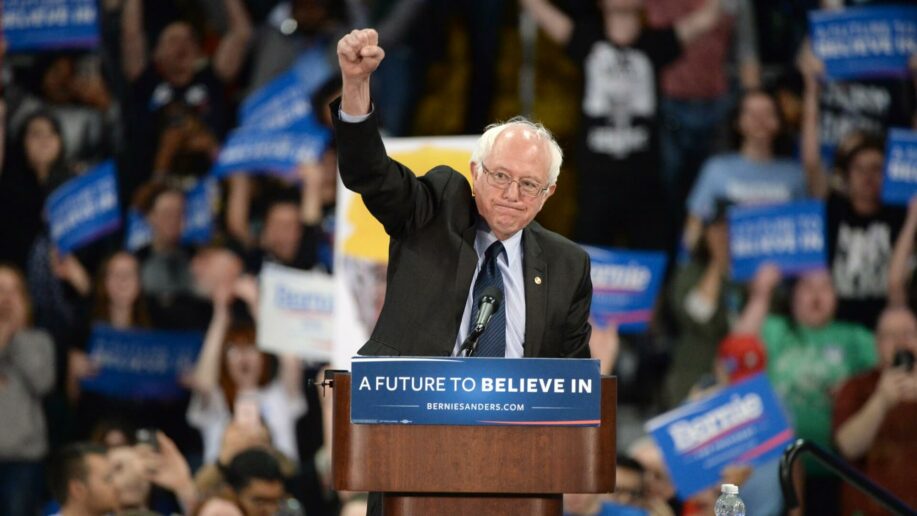 With the US presidential campaign in full swing, Bernie Sanders used a recent rally to make a big promise. The Vermont senator pledged he would legalize marijuana in all 50 states on his first day in office.

“We will end the destructive war on drugs,” the 2020 Democratic presidential candidate said to followers in Cedar Rapids, Iowa. “On my first day in office through executive order, we will legalize marijuana in every state in this country.”

• Old School High: What Does the Bible Say About Weed?

• Biden: There’s No Proof That Cannabis Isn’t A Gateway Drug

Sanders also stressed that his administration would not only end cannabis prohibition but also right the damage done to communities that were hit hardest by the war on drugs.

“We will move forward to expunge the records of those arrested for possession of marijuana,” he said. “And we will make certain that the legalized marijuana industry is not controlled by a handful of corporations but that those people in the African-American community, the Latino community, the Native American community—those people who have suffered the most will get help in order to make money through a legalized marijuana industry.”

Sanders’ pledge echoes talking points from a 2019 interview with Joe Rogan. “When I ran for president for the Democratic nomination in 2016, I talked about a broken criminal justice system, which ends up having in the United States more people in jail than any other country,” Sanders told Joe Rogan at the time.

“And what I call for then, and I call for now, is the legalization of marijuana in America.”

While Sanders’ pledge would be a huge step forward for cannabis legalization, the process won’t be as straightforward as Bernie would like you to believe.

The president has the authority to reclassify cannabis without prior approval from Congress, but the reclassification includes other officials that would first have to be appointed by the president – a process that will not happen on his “first day” in office.

Earlier this week, The Washington Post reported that top aides of the Sanders campaign included federal legalization of cannabis in a list of possible executive orders to take place in early 2021 should he win the presidency.

In 2016, Sanders became the first major presidential candidate to endorse cannabis legalization. That position followed The Ending Federal Marijuana Prohibition Act of 2015, a Senate bill he authored that would have removed marijuana from the Controlled Substances Act.

The bill received no co-sponsors.

“I think ultimately we have got to legalize marijuana, and what’s good news is some communities, some cities, are expunging the records. So if you were arrested [and] have a criminal record for selling marijuana, that is being expunged. And that is the right thing to do,” Sanders told Rogan in 2019.