Someone's Launched Weed Over The Border with a Giant Bazooka 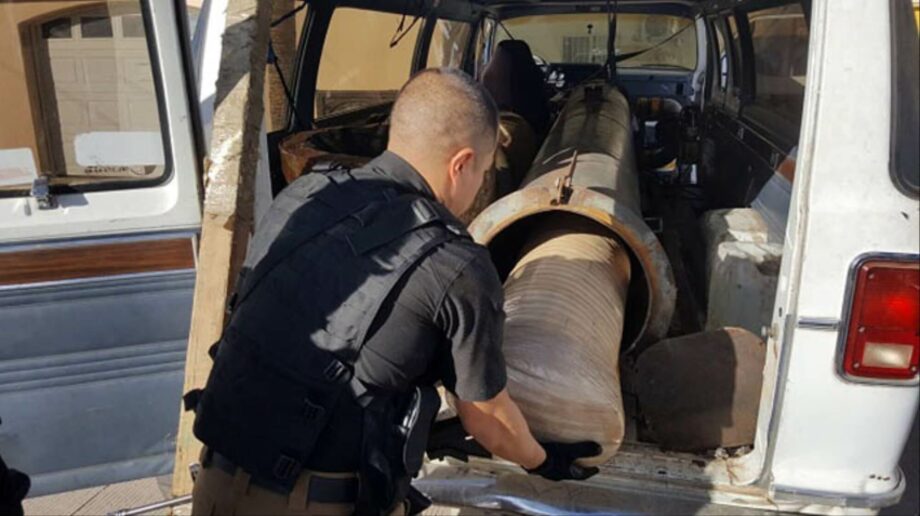 It isn’t all that easy to smuggle drugs into the US. Strapping it to your body doesn’t seem to work, the underwater tunnel method is a little risky, and customs agents appear to have caught on to the whole drugs-disguised-as-produce-and-dick-candles scheme. So drug traffickers have recently taken to trying to fling their products over the border.

One drug smuggler—and apparent medieval siege weapon enthusiast—built a giant catapult to huck bushels of weed over the wall, and police caught a group a few years ago with a drug-shooting potato gun. Now, it looks like someone heard about the potato gun and decided to take things to the next level.

About a year ago, Mexican authorities seized a hug cannabis-firing bazooka near the Arizona border, the Arizona Daily Star reported.

The bazooka was stashed inside a white van along with around 1,800 pounds of weed and 2,000 rounds of ammunition. Authorities believe that the bazooka was supposed to fire through the van’s sunroof and shoot packages across the border into Douglas, Arizona.

This is the second drug-smuggling bazooka police have found in Mexico. Authorities found a similar weed cannon—also built inside a van—in the same town of Agua Prieta in 2016. ABC News released a video of this bazooka and the modified van, we link it below:

It’s unclear whether the same people made the two homemade bazookas, or if everyone is getting into the drug-cannon game these days. Whatever the case may be, the drug smugglers could consider just sticking with drones, since those are a little easier to replace than a decked-out car with a built-in cannon.