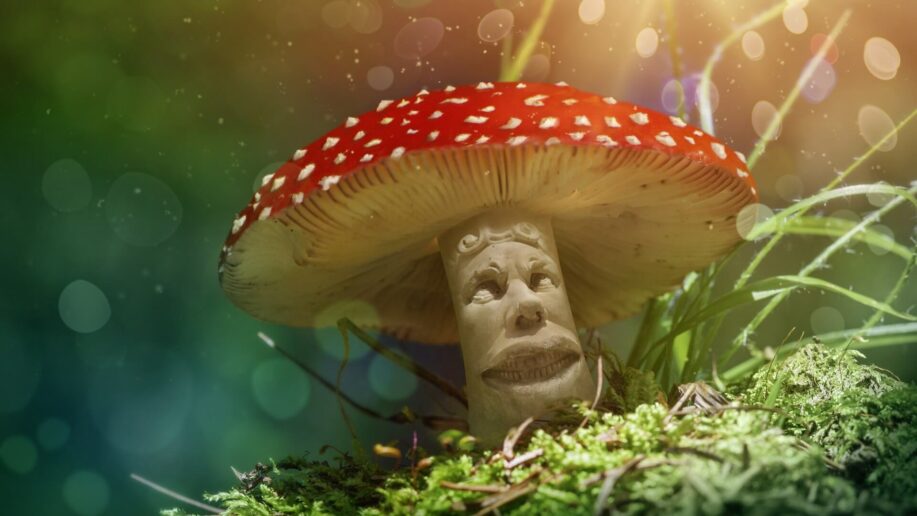 You know your buddy who swears he’s one with nature after his most recent shroom trip? Yeah, that one. It turns out he’s not just being annoying — there’s actual science to back up his hippie ramblings.

And it might even be good for the environment. Sort of.

At least that’s what researchers from Imperial College London’s Centre for Psychedelic Research said. They invited 654 people who were already planning to take psychedelics such as magic mushrooms, ibogaine, mescaline, LSD, ayahuasca, and DMT — and asked them a number of questions before and after their trip.

After all, why shouldn’t one man’s crazy weekend in the woods also be a serious scientific study to measure how psychedelics influence people’s perspectives on nature?

Through lots of statistical analysis and a lot of drugs, they found that “nature relatedness was significantly increased two weeks, four weeks and two years after the psychedelic experience.”

In plain English, becoming one with nature during a psychedelic trip appears to translate into increased psychological health.

“We found a strong relationship between the amount of lifetime use of psychedelics and nature relatedness, as well as increases in nature relatedness from before to after psychedelic use,” researchers wrote in a study published in the International Journal of Environmental Research and Public Health.

“A significant positive association was observed between changes in nature relatedness and changes in psychological well-being,” the scientist wrote.

“The here presented evidence…bears relevance for psychedelic treatment models in mental health and, in the face of the current ecological crisis, planetary health.”

So dropping acid is also good for the environment?

The scientists stressed that the results aren’t crystal clear and participants could be experiencing what’s called a “positive-feedback-like effect,” meaning that their use of psychedelics “led individuals to subsequently seek more exposure to nature,” which in turn reinforces their connections with the natural world.

“These findings point to the potential of psychedelics to induce enduring positive changes in the way humans relate to their natural environments,” the authors wrote.

Psilocybin mushrooms are classified as an illegal drug by the federal government, but a growing movement in the US is fighting to have psychedelics decriminalized.

Last year, a measure to decriminalize psilocybin mushrooms in Denver passed by a razor-thin margin.

Until you can legally trip your balls off, just rest assured that at the very least, you’re getting closer to mother earth.