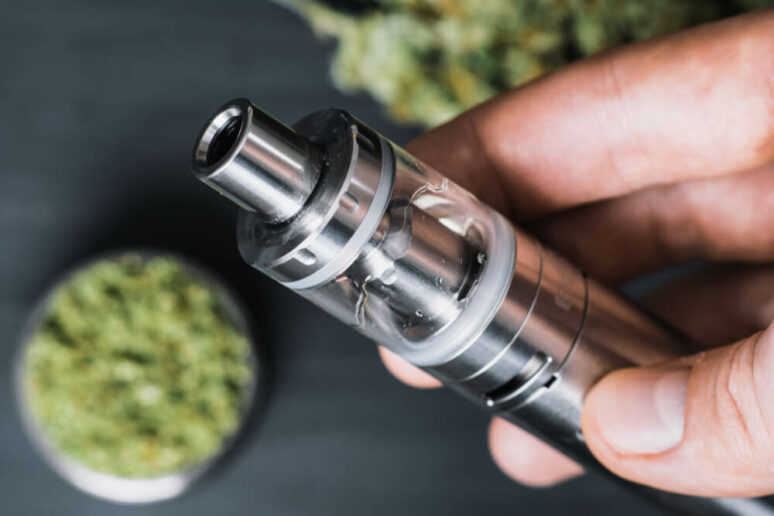 Does vaping get you higher than smoking? According to this study, it sure does!

Let’s take a look at the details!

The new research, led by scientists at the Johns Hopkins Behavioral Pharmacology Research Unit in Baltimore, tested the effects of smoking versus vaped cannabis on 17 participants who had smoked cannabis before.

To lower their tolerance, the participants were not allowed to consume cannabis 30 days before the study’s start (participants had smoked once in the last year, on average). Throughout six 8.5-hour sessions, all 17 participants could get lit for science.

The study was funded by the Substance Abuse and Mental Health Services Administration, though one of the authors reported that he has previously received fees from, or consulted for, companies with ties to cannabis.

During each session, participants either smoked or vaped a dose of cannabis containing 0 milligrams, 10mg or 25mg of THC. While each participant ended up both smoking and vaping all three possible doses over their six sessions, they were blind to how much THC they were consuming each time. The participants were kept in the dark to prevent bias while filling out a drug-impairment questionnaire.

In addition to self-reporting how stoned they felt via questionnaire, participants were subjected to a battery of physical and cognitive tests throughout each high. The stoners had their heart rates and blood pressures measured ten times over 8 hours and were asked to complete computerized tasks that involved replicating shapes on a screen, solving simple addition equations, and responding to two different stimuli simultaneously with a mouse and a computer keyboard.

The results of these tests showed that, first of all, inhaling a 25mg dose of THC will get you really, really high, regardless of whether it was smoked or vaped. (After taking this dosage, two participants vomited, and the other participant experienced hallucinations.) If you are smoking cannabis, 25 mg won’t do a lot of damage, but if you only smoke once a month or if it’s after a tolerance break, you’ll undoubtedly feel it.

Likewise, for smokers and vapers, most effects — including high heart rate, dry mouth, red eyes, paranoia, and the munchies — peaked within the first hour after getting high and sometimes did not return to baseline levels for more than 8 hours. (Often, these effects persisted for hours after the participants’ blood THC concentration returned to normal.)

At both the high and low doses, vaped weed resulted in significantly higher concentrations of THC in participants’ blood than smoked weed. And the vapers made roughly twice as many mistakes on the cognitive tests and felt greater negative drug effects, including dry mouth, itchy eyes, and paranoia, than the smokers did.

Simply put: Vaporized weed got people higher. And according to the researchers, their doses weren’t even that strong compared to what’s commercially available.

“Notably, the highest dose of cannabis administered in this study (25mg of THC: 0.19 g; 13.4 percent THC) is substantially smaller and has a lower THC concentration than what is typically contained in pre-rolled cannabis cigarettes available for purchase in cannabis dispensaries, which commonly contain roughly 1.0 g of cannabis with THC concentrations often exceeding 18 percent,” the study authors wrote.

With recreational weed now legal in nine American states and throughout Canada, it’s important to remember that even moderate amounts of THC can significantly impair casual consumers and that not all methods of consuming cannabis are created equal.

14 responses to “Study: Vaping Weed Gets You Way, Way Higher Than Smoking It”