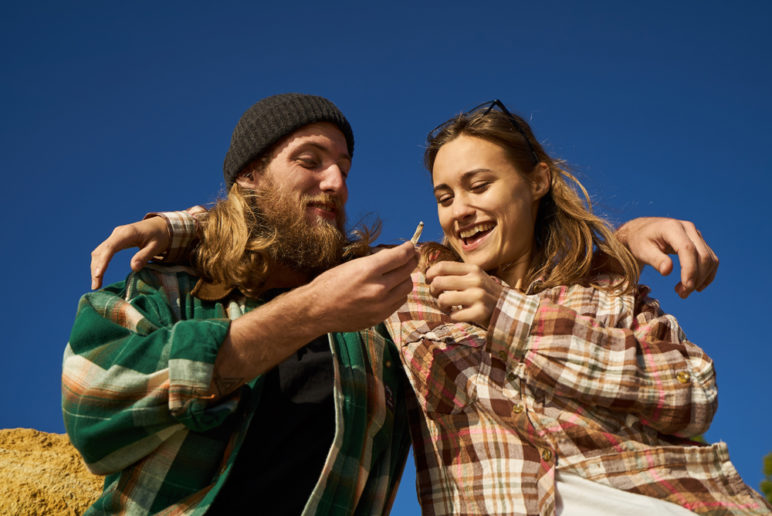 Greetings, stoners! Most of you know that using weed makes you nicer and less greedy, and now even science has our back.

Researchers from the University of New Mexico discovered that using cannabis makes people more compassionate and less driven by money in a recent study published in the journal Scientific Reports.

Although the study concentrated on the “prosociality” of cannabis use, defined as “the intentional act of advancing the well-being of other people” in the Scientific Reports paper, lead author Jacob Vigil said he’s interested in rethinking how other researchers approach studying weed as well.

He told the nonprofit news site The Paper in Albuquerque that “they view cannabis users as unmotivated, or they view them as addicted, or they may assume that they are losing sight of their aspirations.” It has never truly been investigated objectively to determine what is happening before offering unfavorable conclusions.

In essence, according to Vigil, his team administered a “series of psychological exams” to college students while checking their urine for THC, the psychoactive component of cannabis.

According to him, those who had recently used cannabis displayed better levels of pro-social conduct, higher degrees of empathy — the empathy quotient was statistically significant across two groups — and what academics refer to as “moral underpinnings.” These are the values we consider when defending what is right and wrong.

A 2016 study discovered a link between marijuana use and having less drive to work for pay. Vigil believes that could be advantageous.

He continued, “This is demonstrated through academic studies. “Compared to non-users, cannabis users’ brains are less likely to light up when a picture of a cash symbol is presented. Addiction researchers have interpreted that those who don’t use cannabis get more aroused when they see a money sign as a bad thing.”

The bulk of cannabis research conducted to date has either focused on cannabis’ therapeutic potential or its drawbacks, ranging from its moderate addictiveness and correlation with poor college performance to its links to schizo-affective disorders and other mental problems.

The beneficial social and psychological effects of cannabis, which are well-known to many users, have been largely ignored by this corpus of study, providing the door for researchers like Vigil to fill an intriguing new void.

According to Vigil, “those that consider cannabis usage as problematic behavior — from addiction researchers and so forth” have “often been approached by others that view cannabis study as important.”

“He said, “They view cannabis users as unmotivated, addicted, or perhaps as having lost sight of their objectives. Negative interpretations have never actually been made before an objective examination of the situation.”

There you have it, people: weed can make you friendlier and perhaps even less greedy.