How Does Cannabis Combine With Other Psychedelics? - International Highlife 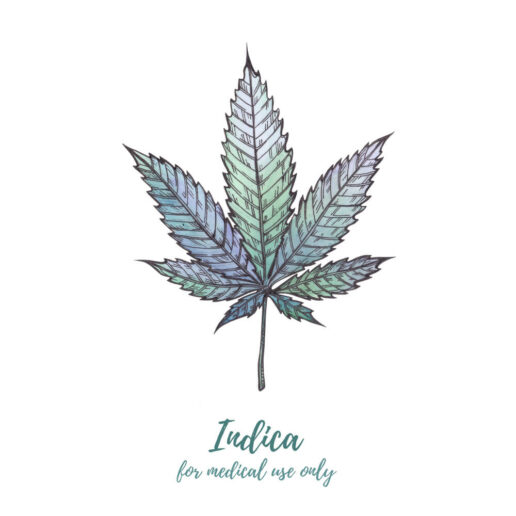 How Does Cannabis Combine With Other Psychedelics?

Cannabis and psychedelics are a popular, yet controversial combination. While some psychonauts swear by it, others warn that it should be handled with the utmost caution. To help you make up your mind about it, we’ve gathered information on how cannabis interacts with some of the most popular psychedelic compounds.

Factors such as diet, age, health status, and especially the environment you’re in, have a significant effect. The consensus is that most psychedelics go nicely with cannabis. 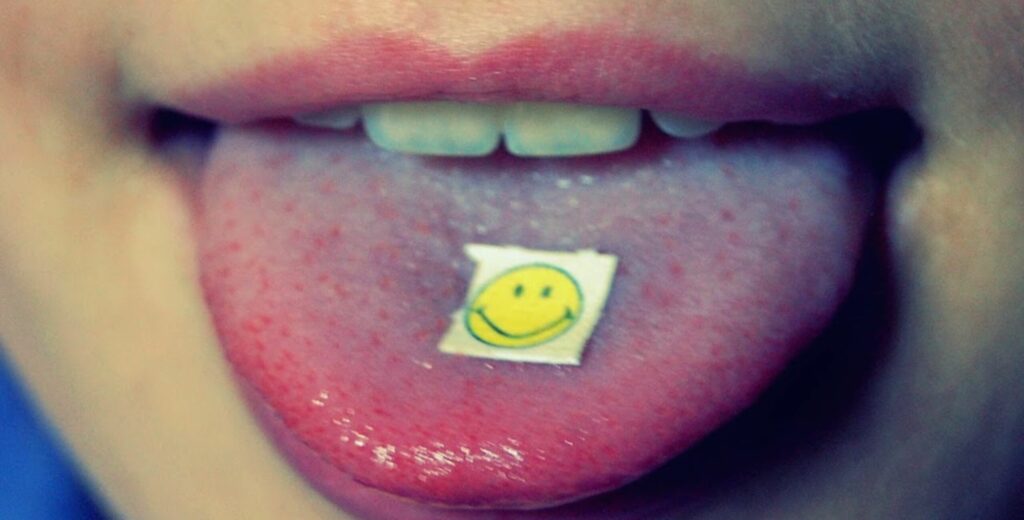 Combined with LSD, cannabis can intensify the experience and trigger more thought-provoking visuals. However, it could also cloud the clarity of LSD, as well as bring through negative thoughts and emotions. This increases the risk of paranoia and repetitive thoughts, especially for inexperienced users.

When it comes to LSD, it is not preferable to smoke before the trip, as cannabis will likely dull down the initial stages of the psychedelic experience. On the other hand, if you would like to bring the hallucinogenic effects back, near the end of the trip, then a few tokes can freshen up your adventure. At this point, the visuals may become especially captivating. However, going overboard with weed may unexpectedly push you to your limits and induce dark, confusing thoughts and visuals, that are difficult to interpret.

Strains of pot that normally make you happy and giggly tend to take the edge off the LSD trip. 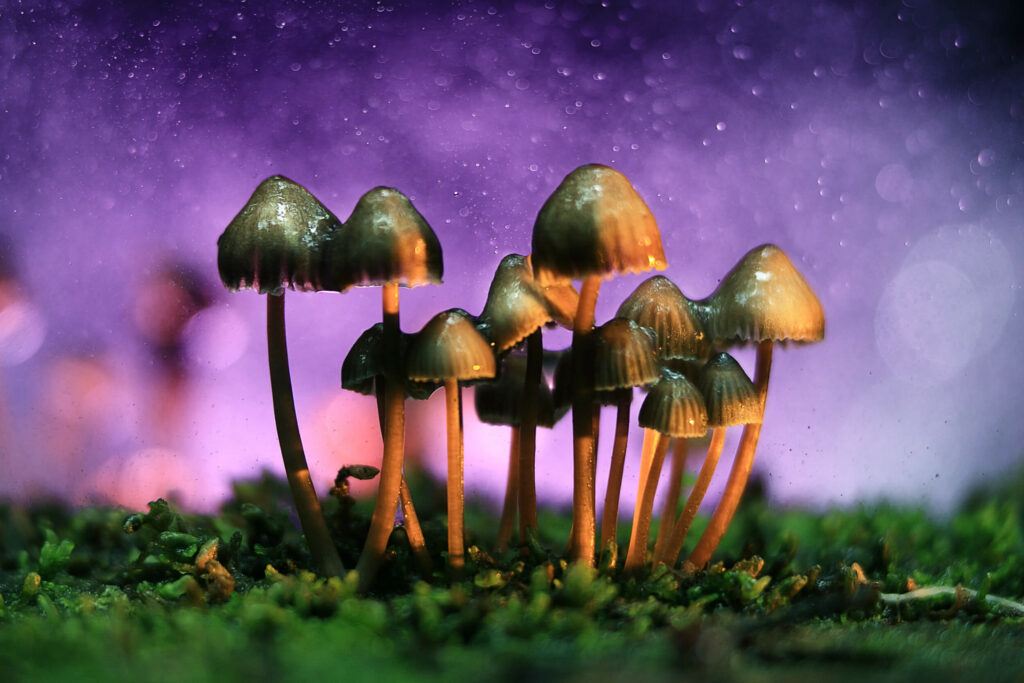 Psilocybin is the active psychedelic compound in most species of magic mushrooms. In combination with cannabis, the effects are similar to that of LSD and produce an experience that is more bizarre and difficult to interpret.

Since mushrooms can trigger anxiety more easily than other psychedelics, you should be especially cautious of a cannabis combo, if you are prone to having bad trips. At the same time, if you are having a good time, smoking approximately half of what you normally do, can intensify the psychedelic experience.

During come-down, cannabis can help reduce nausea and prolong the trip. The visuals of a mild trip can become especially elaborate and enticing if you play some of your favorite tunes.

Beginners are advised to wait approximately 2 hours, before introducing cannabis into the mix.

Although a form of DMT is found in many living organisms, including humans, it is one of the most potent psychoactive substances on the planet. With this in mind, it is preferable to experiment with DMT only if you have experience with other psychedelics since the trip can be overwhelming.

It is almost impossible to smoke cannabis during a DMT trip since the physical and psychological effects are so strong, but you can introduce weed into the experience either before or after the trip.

DMT can be difficult on the throat, which is why some users prefer to smoke it on a bed of cannabis, for a smoother taste. However, be mindful of the fact that DMT should not be directly exposed to fire.

Combining weed with DMT can induce more vivid visual hallucinations and intensify the trip. However, cannabis takes away from the multidimensionality of a DMT experience and could thus lead to fewer or less meaningful personal insights. In other words, the hallucinogenic effects may be stronger but not pull you in as much.

Once the effects of DMT has worn off, cannabis may become a useful tool to help you reflect on the experience.

People with heart problems should be especially cautious of the cannabis-DMT duo since both substances may lead to a significant increase in heart rate.

An interesting speculation is that high doses of potent marijuana strains can promote natural DMT production in the body, and thus produce an effect similar to ayahuasca. 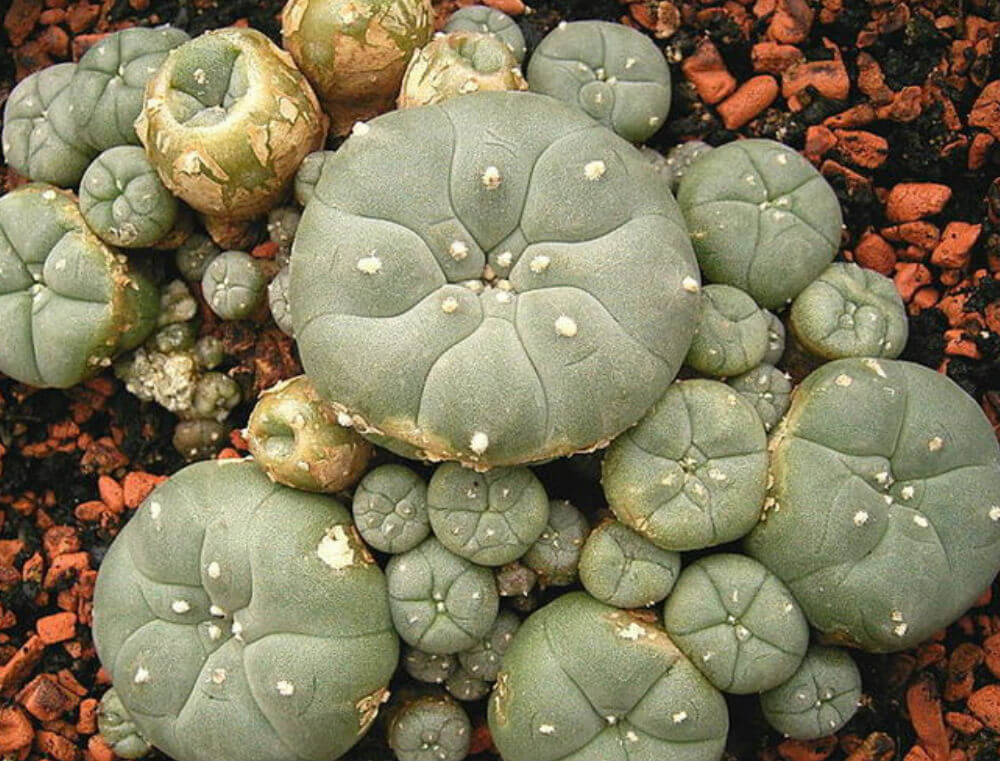 Weed is famous for alleviating nausea and can bring significant relief, when mescaline turns your stomach. After the 2-3-hour mark of the trip, a few puffs can go a long way, especially if you are feeling groggy and sick. However, cannabis can also boost the trip and bring you back into the psychedelic phase.

Since mescaline peaks last longer, some users prefer to experiment with cannabis halfway through the zenith. Still, weed increases the likelihood of having flashbacks and experiencing moments or thoughts repeatedly, on a loop.

Some users like to introduce cannabis into the trip, whenever the effects of mescaline are not breaking through. It should be noted that the mind sometimes tries to suppress the psychedelic influence if the experience is too traumatic. In that regard, forcing your trip might not be a good idea.

When it comes to psychedelics, the general recommendation is that first-timers are better off with an untainted experience. Weed and psychedelics can make for an intense combination if you’re not ready. On the other hand, frequent cannabis users may find that a bit of their favorite strain brings them comfort during a trip. Either way, it’s always best to remain sensitive to your own needs and reactions. Whatever you decide to do, make sure that you feel comfortable with your surroundings and that you are in a safe and pleasant company. Most importantly – enjoy yourself and make the most out of the experience!