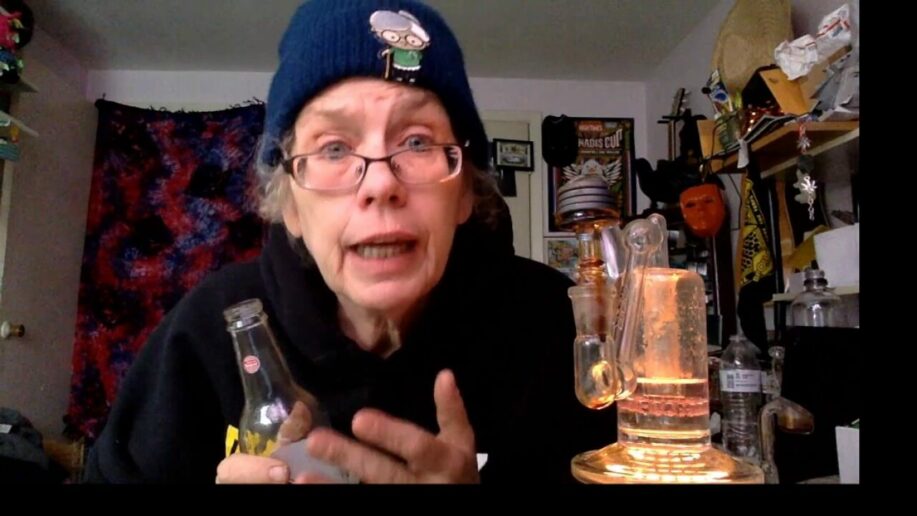 The shitstorm that is 2020 has just gotten a little bit shittier, and it has nothing to do with the coronavirus. Gail Olson, better known as the Dabbing Granny, catapulted herself head-first into a major racism scandal when she dropped a major n-bomb in an Instagram live.

During a live stream on her Instagram account on Friday, the Granny dropped the n-word with a super-hard ‘r’ and zero implied irony, sarcasm, criticism, or any other literary device (not that that would make it better.)

• Black Student Suspended For Smelling Like Weed – Despite Clean Drug Test
• The Volcano Classic Vaporizer – 20 Years Old and Still a Beast
• Science Says the Legal Minimum Age to Smoke Weed Should Be 19, Not 21

The obvious outrage didn’t take long to arrive and shortly after, Olson posted an “apology” video in which she apologized to whomever she offended. If you’re at all with the art of the public apology, you’ll recognize the words “I’m sorry that you got offended” as the most half-assed non-apology ever.

This is unacceptable… No matter what the context you cannot speak this way. If you feel this is wrong click the link in my bio. If it says it’s broke go back and try again or search it at change.org #boycottdabbinggranny #canceled #racismisreal

“I’m not sorry I got caught. I don’t believe I did anything wrong,” Olson says in her video.

Olson must have realized that her initial apology wasn’t one, and posted a second apology in which she claimed she never actually said “n*****” herself but was only quoting a story her daughter told her from jail.

And as we all know, when you say racist stuff that’s just a quote, it’s not racist.

The cannabis community was having none of it and even though the Dabbing Granny has since deleted the original video and both “apologies,” the comments on her Instagram accounts are flooded with people slamming her for the racist outburst.

Despite the massive backlash raining down on Olson right now, there are also those who say it doesn’t seem fair for somebody to lose their entire livelihood over one mistake.

Whether or not there was actually any heart behind the Granny’s outburst will remain only known by Olson herself, and her best bet at this point would be to issue an honest apology, wait out the storm, and hope for the best. (Repeat after me: “I fucked up, I shouldn’t have said what I said, I take full responsibility and apologize.”)

Ultimately, the cannabis community as a whole will decide if she gets a second chance or not.

A petition calling to “Delete @dabbing_granny from Instagram” has so far only garnered the support of 52 people at the time of writing, and it seems that the media has not yet caught wind of the story.

Olson wouldn’t be the first internet celebrity to survive controversy. Pewdiepie made it through not just one, but two racism scandals (with a whole lot of brand deals fewer than before), and Logan Paul managed a comeback after exploiting an actual dead body for views.

Olson rose to fame quickly after posting her first video taking a dab in 2015. Since then she has amassed a huge following of 1.4 million followers on Instagram, signed several brand deals with companies, and even has her own line of merch and branded glassware.