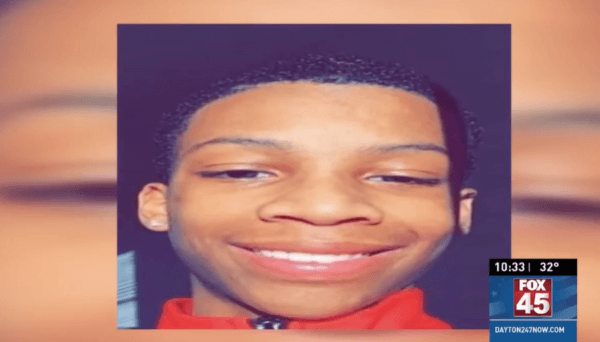 Jordan Evans, a former student at Northmont High School in Clayton, Ohio was minding his own business when a teacher during a first-period class thought he smelled weed.

Jordan, a black student, was singled out and smell-checked by several members of the school’s staff. After an inconclusive smell test, he was searched from top to bottom, in an attempt to find the source of the smell.

• Columbus City Council Drastically Lowers Penalties For Weed Possession
• How to get Weed Smell out of your Car
• Texas Man Spent 30 Days in Jail for Shipping 3,350 Pounds of Legal Hemp

“The principal made me take everything out of my pockets and made me take off my shoes, as well as pull up my sweatpants. She didn’t find anything at all. I didn’t have anything at all,” Evans told Dayton24/7Now of the incident that unfolded late January.

Despite the fact that neither teachers nor the principal could find any weed on him, he was punished with 10 days of at-home suspension and his mom was called to the school.

Katina Cottrell, a registered nurse, was determined to prove her son’s innocence and came to the school equipped with a drug test.

“I took a drug test up to the school and I drug tested my son in front of the school and the principal,” Cottrell told Dayton 24/7. “They saw the results and they came back negative.”

The test came back completely clean, meaning that Jordan had no cannabis in his system at all.

Cottrell realized the school didn’t care about the test results and took Jordan to a nearby urgent care center to perform a second drug test, which also came back negative.

But that also didn’t sway school officials. According to the school district’s Code of Conduct “Marijuana on breath or person” must be punished with a 10-day suspension and carries a recommended expulsion.

The fact that a student has no cannabis on their person or in their system apparently doesn’t matter in this case.

“Northmont High School has adopted a Student Code of Conduct which sets expectations for student behavior and which specifies consequences when misconduct occurs,” a district spokesperson told Dayton24/7.

“We provide all students considered for suspension or expulsion an opportunity to speak against possible discipline and to otherwise tell their side of the story. State and federal student privacy laws prevent us from publicly discussing a particular student’s discipline. Therefore we cannot respond.”

Jordan’s mother said she worries that her son was singled out due to racial discrimination.

The school district has long struggled with strained relationships between white teachers and black students. In 2018, administrators even had to hire a diversity coach to teach staff about cultural awareness, with a special focus on black students.

“I feel like my principal and teacher could’ve handled it way better because they could’ve asked any other students. They could’ve smelled others, but they picked me,” Jordan said.

“I’ve only been gone for five days, but being suspended dropped my grades down tremendously.”