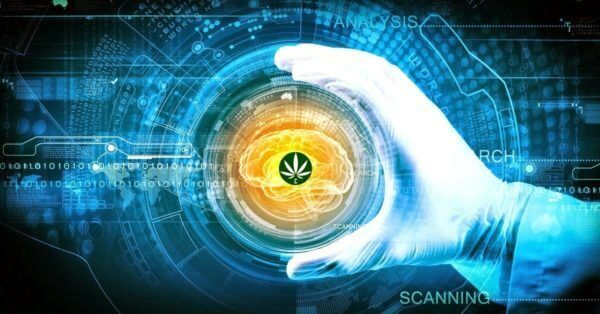 The endocannabinoid system bridges the gap between body and mind; it affects everything from our nervous system to our immune system. Scientists have definitively uncovered that the neuroprotective qualities of cannabis mean it has enormous potential for protecting the brain and central nervous system from the damage from disease or injury that creates various disorders.

Researchers have found that cannabinoids fight the effects of many central nervous system and brain issues in the human body, including Alzheimer’s Disease, strokes, seizures, traumatic brain injuries, and cancer.

Recent studies show that cannabis both treats the symptoms and the underlying cause of Alzheimer’s disease, a debilitating neurodegenerative condition. Alzheimer’s can include symptoms like physically abusive or verbally abusive behavior and agitation, which affects over 75% of people with the disease.

THC, the psychoactive cannabinoid present in cannabis, has been proven to reduce the agitation that is all too common to sufferers of Alzheimer’s. THC also improves appetite, which combats the wasting side effect that Alzheimer’s has on patients.

As for treating the cause of the disease, THC has been proven to slow and/or halt the progression of Alzheimer’s by preventing aggregation of the main toxin responsible for the development of the disease in the brain. Compared to currently approved drugs prescribed for the treatment of Alzheimer’s disease, THC is a considerably superior inhibitor of the aggregation of the toxin in the brain.

Cannabidiol, or CBD, also helps combat Alzheimer’s by preventing the neurodegenerative process of the disease. It does this by inhibiting the release of the toxin partially responsible for causing the disease, beta-amyloid peptide. CBD lowers this peptide’s aggregate in the membrane of the brain, having a neuroprotective, anti-oxidative, and anti-apoptotic effect on the brain.

Recent studies have proven that medical marijuana is a fast-acting treatment to curb seizures in those that suffer from epilepsy or otherwise experience seizures. For patients who have suffered from strokes, many also find relief in marijuana. Both CBD and THC can protect the brain from damage inflicted by a stroke.

The cannabinoids block the release of glutamate, a neurochemical. High glutamate levels result in the accumulation of toxic oxidizing molecules pooling in the brain and killing brain cells. After a stroke, the number of cannabinoid receptors in the patient’s brain increases. Administering cannabis reduces overall brain damage and neurological impairment.

Cannabis is also an important treatment to mitigate the brain damage that results from concussions and other types of brain trauma. Traumatic brain injuries increase the rate of excitotoxicity, oxidative stress, and inflammation in the brain which cause delayed neural death.

Cannabinoids, including THC and CBD, have anti-tumor properties and prevent the proliferation of tumors in the body, including those caused by cancer of the brain. While CBD and THC have each been demonstrated to have tumor-fighting properties in isolation, research published in 2010 shows that they work better in combination, as CBD enhances the inhibitory effects of THC on tumor cell proliferation and survival.

This new research surrounding the brain and cannabis indicates that medical marijuana or cannabis-based therapy may become the source of the most effective treatments for battling debilitating diseases that afflict millions.

One response to “Scientific Perspectives: Does Cannabis Improve Brain Function?”