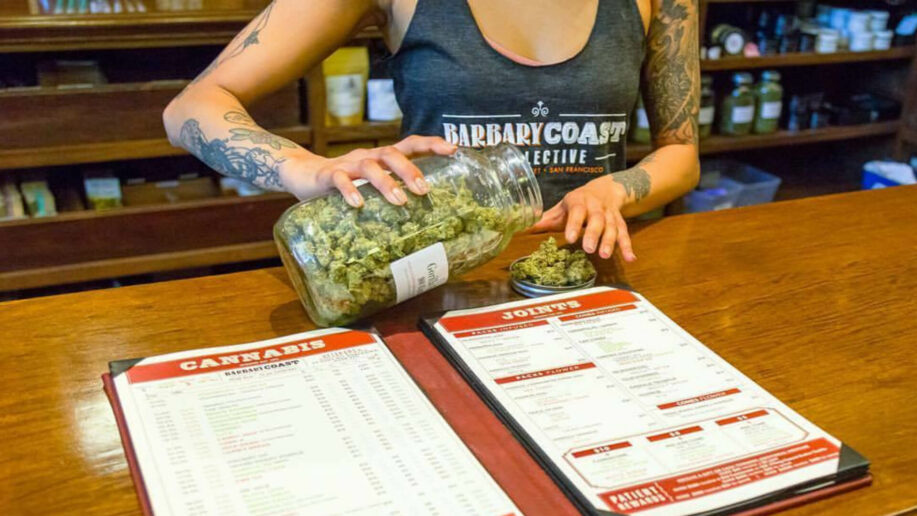 The history of the United States has known peaks and valleys but rarely has the grandeur of the American Experiment reached greater heights than the Jack-in-the-Box dollar menu. That is, until this past weekend.

San Francisco’s Barbary Coast dispensary, a weed shop apparently named after the stretch of North Africa where the United States launched its first foreign war, (shout out Stephen Decatur) is offering a “compassion” menu for customers hard hit by the coronavirus outbreak, offering up $1 eighths of the “Acai Berry” strain, which typically run $75.

• 7 Best Gas Mask Bongs out There & Why You Need One Now
• What It’s Like Buying Weed in the World’s Biggest Cannabis Dispensary
• Cannabis is the Solution: Coronavirus Quarantine Diary – Chapter 2

Earlier this month, city officials in San Francisco told local dispensaries they had to shut their doors as part of the city-wide lockdown, though later that same day the San Francisco Department of Health announced that they could, in fact, stay open as they are considered “essential businesses.”

The initiative is the brainchild of the Barbary Coast and cannabis grower and entrepreneur Mario Guzman, known for helping create the strains Gelato and Sunset Sherbert. According to SF Gate, Guzman, who also operates the clothing brand and cannabis dispensary Sherbinskis, partnered with Barbary Coast to provide the “compassion” menu for people in need.

The sale began on Monday, and according to an SF Gate update later on Monday, “as of 12 p.m., Barbary Coast has given out their entire supply of $1 Sherbinskis eighths.” According to SF, the dispensary is not requiring customers to show they are in dire economic straits to buy the $1 eighths of the Acai Berry strain, instead, the “dispensary hopes an honor system will suffice.”

Arguably it’s impressive they made it till noon.

“Right now, people are scared and struggling to get by, so it’s vital we provide help, hope and hugs to our community. Let’s give some relief during this difficult and unprecedented crisis,” Barbary Coast co-founder and CEO Jesse Henry told SF Gate.

Cannabis dispensaries are considered essential services like medical providers in California and are able to remain open under the COVID-19 lockdowns.

The coronavirus outbreak has caused vast economic damage in the United States, and according to one estimate by the Federal Reserve, total employment reductions could hit 47 million, a total unemployment rate of 32.1%.