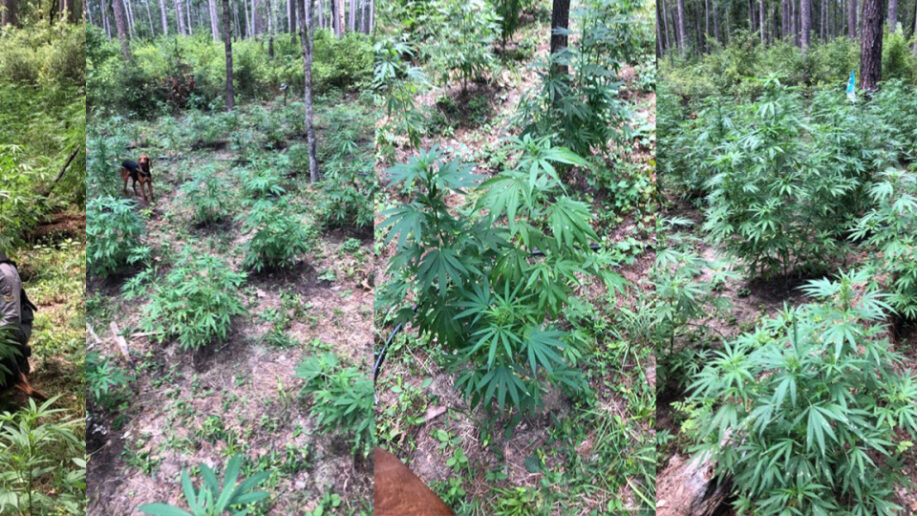 If you love cannabis and have a hard time seeing plants get hurt, avert your gaze now because the following words are going to inflict emotional pain.

Officials in East Texas, along with state and federal authorities, last week busted a massive grow operation that they claim grew over 23,000 cannabis plants.

• Illinois Will Use $31.5 Million in Cannabis Tax Money to Help Those Harmed by the War on Drugs
• Illinois Sold $20M Worth of Cannabis in the First 12 Days of 2020
• Working in a Cannabis Grow Facility? You May Be at Higher Risk for Allergies, Respiratory Symptoms

According to Cartwright, a Drug Enforcement Administration (DEA) Special Response Team (SRT) went into the site before daylight to attempt to arrest two suspects who had been living at the grow site and taking care of the plants.

The DEA team secured the site but the men managed to run away into a thickly wooded area.

K9 teams from the Texas Department of Corrections were sent after the two men and continued tracking them for eight (!) whole hours, before losing their track.

Authorities used several K9 teams, a fixed-wing plane equipped with thermal cameras from the Department of Public Safety, and god knows how many local, state, and federal officers to try to catch the men.

The search was abandoned Friday, July 31, after all leads were exhausted.

At the grow site, officials took inventory of the equipment, pulled out every plant they could find, and cleaned the area from trash.

The innocent plants, who never hurt anyone, were brutally cut down before their prime, “airlifted out of the remote site by helicopter and taken to a secure area nearby where they were buried.”

If you think the whole operation sounds ridiculously expensive to bust a pair of weed-growers, then your mind is on track.

Correct me if I’m wrong, but judging by the pictures that were published, the plants are spaced with lots of room and it’s doubtful that these plants’ roots would connect, let alone from rootballs.

Also, why would you count rootballs instead of plants if you’re pulling out the plants anyways?

Could it be that the grow operation was way smaller than what officials claim it was and they’re using this weird estimate to justify a huge law enforcement bill to the taxpayer?

We’re definitely not saying they’re inflating their numbers to justify a massive operation to destroy a few thousand plants that would cause people to stay at home and watch TV.

Isn’t that what you’re supposed to be doing right now anyway?