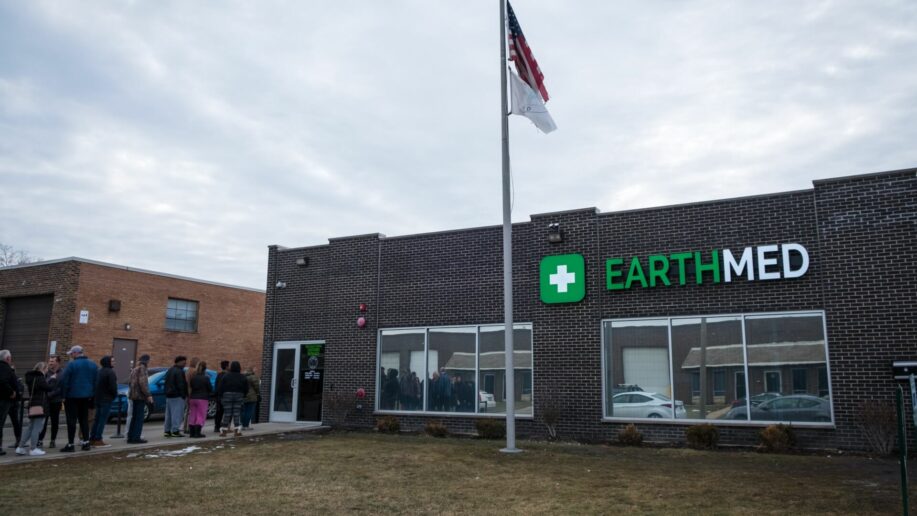 Legal cannabis lovers in Illinois spent just under $20 million on legal recreational cannabis in the first 12 days of legalization.

Between January 1 and January 12 sales of legal weed totaled $19,709,345.10. According to the Illinois Department of Financial and Professional Regulation, those sales were created through 495,385 transactions.

The biggest day was obviously January 1, the first day that recreational marijuana sales became legal in the state. Thousands of hyped-up customers flooded Illinois’ few dozen dispensaries on that day and bought an impressive $3.17 million worth of cannabis products.

Videos of people standing in massive lines for up to five hours made the rounds and some even drove in from surrounding states just to be part of a historic moment.

Dispensaries across the state were slightly overwhelmed with the demand and started to run out of marijuana just a few days into legalization. Some dispensaries were even forced to stop sales altogether.

Limited supply and high taxes forced prices up during those days, with the price for an ounce of bud reaching up to around $80 at some stores.

Despite some early hiccups, legalization in Illinois seems to be a resounding success for everyone involved.

“Illinois had a far more successful launch of cannabis than many of the other states that have legalized, but this is about more than money, it’s about starting a new industry in a way that includes communities left behind for far too long,” Toi Hutchinson, Senior Advisor to Illinois Governor J.B. Pritzker told KHQA.

“Members of those communities will have the opportunity to apply for licenses to open a dispensary, become a craft grower or infuser, or transport product under the new law,” he added.

“Illinois is the only state in the country to take an equity-centric approach to the legalization of cannabis and I thank all those who worked hard to make the launch a success.”

Out of all states that have legalized recreational marijuana sales, only California had a more successful launch, Andy Seeger, a cannabis industry analyst at the Loop-based Brightfield Group told the Chicago Sun-Times. $15 million of the almost $20 million in sales were generated in the first five days alone.

Illinois went even one step further than just to legalize weed for all. One day before legalization, Governor Pritzker issued a whopping 11,017 pardons to people with low-level marijuana convictions.

State officials told CNN that around 116,000 convictions – all for possession of 30 grams of weed or less – are eligible to receive a pardon.

It seems that legal marijuana is off to a fantastic start in Illinois. Now all that’s left to do is get those prices down to a normal level so people can get high without selling a kidney.