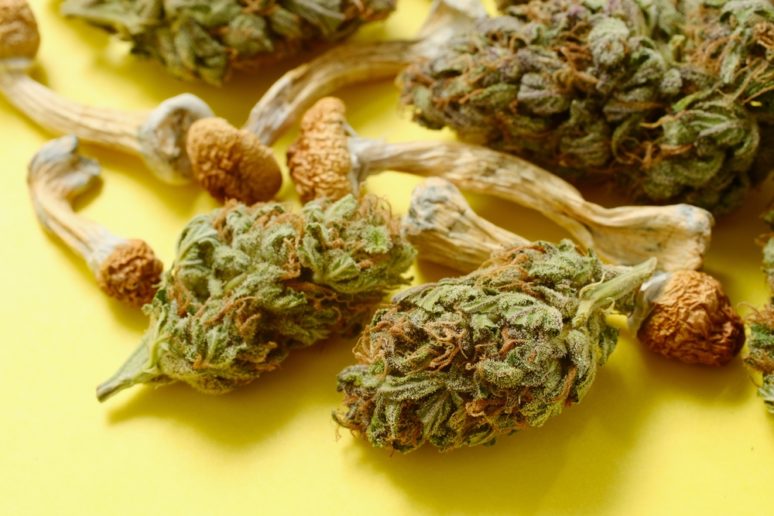 According to a recently published study by researches of the Imperial College London, using psychedelics with weed can intensify the psychedelic experience.

The study with 321 participants was published on November 4th. The participants described different aspects of their “trip” or “psychedelic experience” and whether they used cannabis or not.

The researchers found that when you combine cannabis with other substances like psilocybin, LSD, DMT, ayahuasca, or mescaline, the effects increased the trip’s intensity. Obviosuly the intensity always depends on the dosage.

The study states that using cannabis with psychedelics was “associated with higher scores of mystical-type experience, ego-dissolution, and visual alterations.”

One thing is obvious for the researches, the more cannabis a participant consumed, the more intense the psychedelic effects are. However, the study noted that some exceptions to this trend were the “challenging aspects of the psychedelic experience” like fear, grief, and insanity.

Those participants who used lower doses of cannabis together with a psychedelics described less challenging experiences. The higher the dose was the more challenging it got for the participants.

Researchers asked participants to take a series of surveys seven days prior and one day after a planned psychedelic experience. The surveys asked participants a variety of questions regarding mystical experiences, emotional breakthroughs, and ego dissolution. After conducting the surveys, the study found that with the high rates of cannabis use paired with psychedelic substances, there were many suggestions for “harm reduction” and “therapeutic use.”

The researchers also considered that the therapeutically desired psychological effects “associated with psychedelics may, in theory, be enhanced” when used with cannabis.

They also noted that there are certain limitations to a study that examines subjective survey data. Since the researchers weren’t able to observe the participants directly, there is some uncertainty within the accuracy of dosages and “timing of administration” that was reported by participants.

However, the authors were happy to share that the initial data they complied is a good starting point for future studies.

They wrote that some individuals may be using cannabis to change the effects or experiences offered by a psychedelic trip, similar to how many cannabis users use the plant to self-medicate for “psychiatric symptoms.”

The study concluded that future controlled research must be conducted to fully understand the interactions between cannabis and psychedelics regarding their overall psychological effects on the user.