Decarboxylate Cannabis: How To Decarb Weed – A Step By Step Guide

Decarboxylate Cannabis: How To Decarb Weed – A Step By Step Guide

The more you start to learn about the hundreds of different compounds in weed, the more complex the cannabis plant becomes. Each of the individual cannabinoids, like THC and CBD, is unique. When they enter into your body they trigger different experiences, like the sensation of being stoned. They also trigger many different benefits for your health, like for the management of chronic pain or to reduce the frequency of seizures. We are talking about Cannabis Decarboxylation because of these cannabinoids.

But the interesting thing about marijuana is that many of these experiences and medical benefits are only possible because of a process called decarboxylation, also called decarbing. To decarb weed is to heat it up to a specific temperature, for a set period of time. Heat over time transforms cannabinoids into the compounds we know and love, like THC.

Without heat, nobody would get stoned. If ancient man had simply continued to eat the raw plant, instead of heating it up by smoking it, nobody would care much about the plant at all. Eating raw weed, although it does have some benefits, pales in comparison to the experience of decarbed cannabis.

For the do-it-yourself cannabis cook, decarding is a crucial part of the process. A handful of fresh flower in your salad isn’t going to do anyone any favors. But manipulating the cannabinoids with heat is going to take that salad to all new heights. Not that you’d make a cannabis salad, but you get the point.

We are going to take you on a deep-dive into cannabis decarboxylation. We’ll define it, review the benefits, and give you the step-by-step guide on how to do it yourself using only the equipment in your kitchen.

In most dispensaries today, raw cannabis flower is usually inaccurately labeled according to the cannabinoid content. What do we mean? Well, for example, Bubba Kush contains upwards of 22 percent THC and less than 1 percent CBD. The label at the dispensary by reflect this THC:CBD ratio. But the flower actually doesn’t contain any of these cannabinoids while at the pot shop. These compounds are only present after you decarb it.

At the dispensary, in its raw form, flowers contain other cannabinoids with a different structural format. If you looked at their molecular makeup, they all have an extra carboxyl group, “COOH”. Instead of THC, unheated cannabis has a compound called THCA. Another example is CBD, which is CBDA form before you smoke it.

According to Wikipedia, decarboxylate is “a chemical reaction that removes a carboxyl group and releases carbon dioxide (CO2).” Makes sense when you think about smoking release carbon dioxide into the air. Vaping and cooking cannabis do the same.

In order to reap many of the medicinal benefits of weed, you’ll need to heat it up and remove or release the carboxyl. Whether you do this through smoking, vaping, or baking, the results are the same.

Heat transforms certain cannabinoids into others. It’s turning what are generally inactive compounds into active ones. Some known examples of heat-induced transformations include:

Each cannabinoid has different requirements when it comes to decarbing. Some require higher temperatures for shorter periods, while others require lower temperatures over longer periods. Today, the science is still imperfect.

Why Should You Decarb Your Cannabis?

Basically, cannabis decarboxylate provides more benefits than the raw product. Yes, there are still some benefits hidden inside fresh weed, but to get the most therapeutic values, you’ll need to light up. The primary advantage to unheated pot is the fact that it’s not getting you high. If you love this experience, then this might not be a benefit – but for others, they prefer to stay sober.

Cannabinoids in raw cannabis include CBDA and THCA. Are there any medicinal benefits to these cannabinoids? Tetrahydrocannabinolic acid (THCA) is thought to reduce nausea and vomiting, inflammation and proliferation of prostate cancer. The other raw cannabinoid cannabinolic acid, CBDA, is believed to have antioxidant, anti-inflammatory, and help prevent the proliferation of certain types of cancer cells. These benefits are all tested only in preliminary studies. Nobody has tested these on human subjects yet.

But what about after the process of decarboxylation? The decarbed cannabinoids with the most study are THC, CBD, but there are of course over a hundred other lesser compounds like CBG, CBC, and CBN. The benefits of these known ‘cooked’ cannabinoids are much more established and actually mimic many of the effects of raw cannabinoids. For example, CBD is also an established anti-inflammatory, just like its raw cousin CBDA.

There is not enough room here to review the benefits of every single cannabinoid in decarbed weed, but we’ll try to summarize just why cannabis decarboxylation is valuable for human health.

What Are the Medicinal Properties of Cannabis Decarboxylation?

We can assume that because the most popular method of ingesting cannabis is to smoke it (or eat an edible, which is cooked) most people are using decarbed cannabis to treat their illnesses. In a review of the literature, the National Academies of Sciences looked at 21 different diseases and found evidence that weed might help at least 10 of them. This includes everything from chronic pain to traumatic brain injury to multiple sclerosis.

Want more evidence about the benefits of decarbed cannabis? Just look at the approved medical conditions for medical marijuana as determined by the different legalized states in America. Combined, the United States (at the state level of course) has approved over 60 different reasons for medical cannabis use. Here is just a selection of these to prove our point:

You can argue that many of these possible medicinal applications would not be possible without the transformative effect of decarboxylation. Without lighting up that joint, hitting the bong, or baking those brownies, you’d miss out on all these amazing properties of cannabis.

That said, there is a movement of people juicing raw cannabis leaves. While nobody can deny raw and living weed contains some properties which literally burn up during cannabis decarboxylation, juiced marijuana isn’t going to replace the medical benefits of decarboxylate anytime soon.

Let’s take a deeper look into the complex relationship between cannabis, and temperature and time. What is the importance of each, and how do they work together to transform the raw cannabinoids into those we know and love?

Keep in mind this is still a pretty imprecise science. There is one often-cited study from the early 1990’s but little else to go off of, besides what the non-certified cannabis experts say. If you google ‘How to Decarboxylate Cannabis?” you’d be surprised how many different answers you are going to get about temperature and time.

Technically as soon as you harvest weed, the flowers will start to decarboxylate. As the flowers cure, the nugs are exposed to very low, arid heat. This exposure can be from something as simple as the sun. A completely cured nug will test positive for some level of THC, also still very minimal compared to its THCA component. The same goes for CBD.

To get the most out of your weed, you can introduce flame to it (smoking a blunt or hitting a bong). You can vape, which is flameless heat and your vaporizer should already come pre-set to a specific temperature and timeline.

You can also cook with cannabis, which should do the trick, but baking is different than decarbing. You can squeeze out that much more potency by decarbing it first. You’ll also want to decarb if you are making your own concentrates or tinctures.

As mentioned, every cannabinoid has a different sweet spot for temperature and time. We won’t get into the details here, because realistically scientists haven’t figured it all out yet. What weed-enthusiasts have figured out is general guidelines which work under most circumstances.

Stay tuned, on page two we will explain exactly how decarboxylation works!

How Does Decarboxylation Work?

Again, there just isn’t enough information about each cannabinoid and their reaction to heat over time to give you a complex formula for cannabis decarboxylation. What we can give you is a time-tested, step-by-step recipe for decarbing weed at home, with basic equipment.

Generally speaking, most strains will work quite well under these guidelines. You can decarb as much or as little cannabis at the same time as you want, and the decarbed product will store well in a cool and dark place. It may lose some potency over time, especially if incorrectly stored. 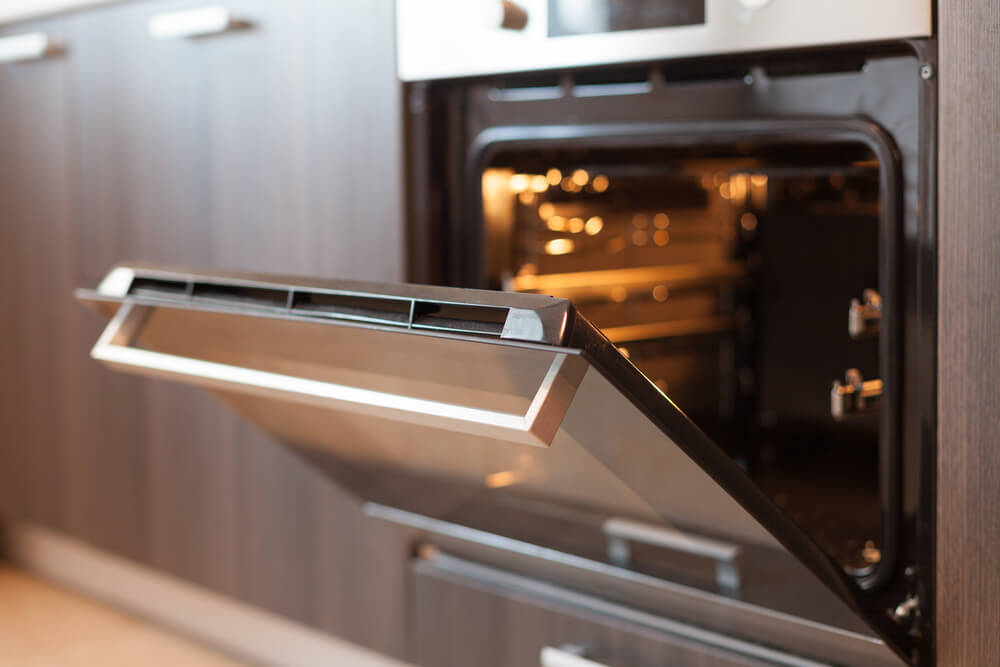 The short answer is no. Ovens are not pieces of scientific equipment and are not exceptionally accurate. Some ranges run hot; others run cold, there are also different areas of temperature in the same oven. If you forget the timer, or your oven runs really hot, some THC and maybe other cannabinoids will simply burn up.

The good news is that unless you entirely forget about the weed in the oven, or really mess up the temperature setting, you won’t ruin the final product. Yes, you might get a little lower THC than you wanted, but in all likelihood, you won’t notice a big difference.

If you are truly concerned about final potency, and medicinal content, you can always purchase a special piece of cannabis equipment called a decarboxylator. Unlike your oven, which was made for roasting turkey, these products are made for decarbing cannabis. There are a few affordable brands on the market today. These products advertise the fact that they have no THC loss during the decarbing process.

Do You Need to Decarb CBD Weed? 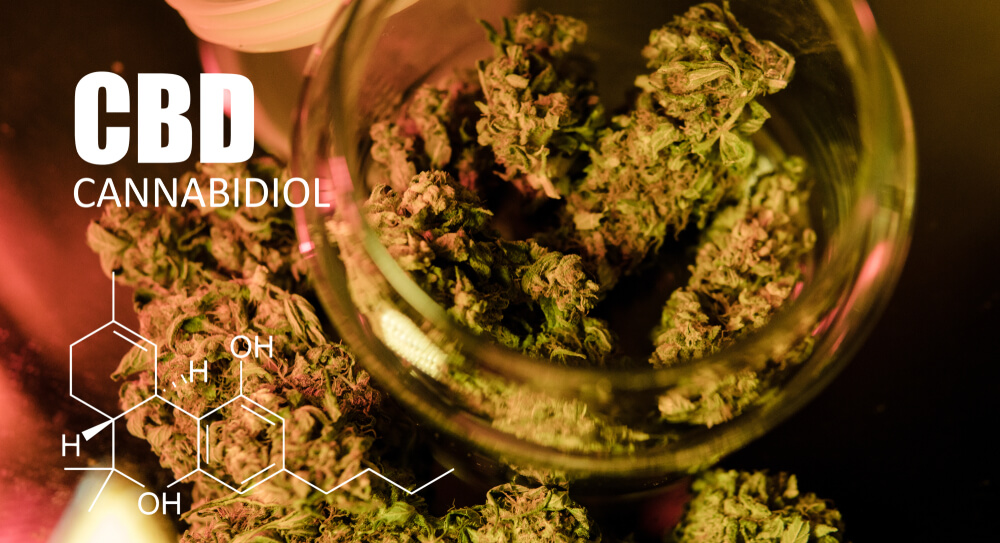 Just like any other strain of weed, those advertised for CBD need to decarboxylate too. In that sense, Charlotte’s Web is no different than White Widow. To get the most out of a CBD prominent strain, you’ll need to follow the same steps as above. Set the oven to the 240• F (116•C), set the timer for 60 minutes, and get to decarbing.

Even if you have a strain which has high levels of THC instead of CBD, decarbing will importantly transform the small amounts of CBDA into CBD. While the final CBD may only account for one percent or less of total cannabinoid content, it’s still crucial.

Cannabinoids work best when they work together, which means the tiny amount of CBD you’ve uncovered during the decarboxylate process, will work in conjunction with the THC and other cannabinoids for the maximum medicinal benefit. The moral of the story is you need to decarb all your weed, all the time, for the maximum therapeutic value.

The Final Word on Cannabis Decarboxylation

There is still little scientific research done on cannabis decarboxylation. The most robust data we have to date is from the companies building decarboxylators and other cannabis enthusiasts who’ve done their own at-home research.

So long as you know the basic step-by-step process, you can transform your raw cannabis into the cannabinoids you know and love, primarily THC and CBD. While the science isn’t precise, the results are still happily potent.