What's the Difference between Joints, Blunts and a Spliff - International Highlife 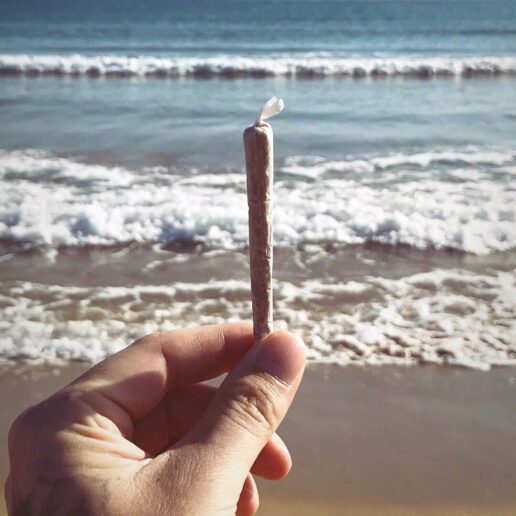 What’s the Difference between Joints, Blunts and a Spliff

Traveling the world is a perfect way to explore different cultures, to learn a new language and try new flavors. For the cannabis connoisseur, it’s no different. Traveling is an ideal way to explore new cultural approaches to weed, to learn new slang, and try new strains. As more of the world comes to their senses about recreational marijuana, its easier then ever to travel around the world to smoke a spliff.

With travel, always comes the risk of a cultural misunderstanding. Sometimes all you want is a spliff, but you’ll get a joint. Or maybe, you’ve asked for a blunt and instead you receive a pinner, a fatty or a twizzler? The cultural differences and lexicon around joints is anything but easy to understand.

But rest easy, because we’ve got you covered for your next international cannabis vacation. We are here to set the record straight on what constitutes a blunt, a joint and a spliff. Plus we’ll discuss the regional differences, and at the end of this article, we’ll take this crash course on rolling the before blunt, spliff or joint. After all, you wouldn’t want to embarrass yourself trying to roll a spliff in a joint only country.

A Quick Cannabis Dictionary: The Different Slang words for Joints

The first step in understanding the vocabulary around joints is to grasp the jargon. A joint is not a spliff and a spliff is not a blunt. There are clearly a thousand situations where the following words are used interchangeably, but this will at least point you in the right direction.

Spliff: A spliff is a common term used throughout Europe, meant to describe a joint rolled with a mixture of cannabis and tobacco. Most spliffs use thin white cigarette paper, but may or may not have a filter.

Joint: Used to describe a hand-rolled marijuana cigarette. In America, a joint only contains cannabis. It’s rolled in a thin white cigarette rolling paper. Joints might have a filter, or might not, it’s a matter of smoker preference.

Blunt: Another term used to describe a marijuana only cigarette. However, blunts usually refer to cigarettes rolled with thicker, brown and more cigar-like papers. Blunts taste sweeter and are much more aromatic (depending on wheter it is a tobacco blunt or a hemp blunt). Blunts are also often rolled in more of an ice-cream cone shape with a filter.

A Few Other Definitions, for Good Measure

Pinner: A thin hand rolled joint with no filter. A pinner is almost always for personal use and rarely shared, mainly because they contain such little weed.

Fatty: A personal favorite, a fatty is a large hand rolled joint or blunt (as always, it depends on the paper). Usually, it contains at least two grams or more, and it contains a filter. Unlike a pinner, a fatty should be shared to spread the love properly.

Marijuana Cigarette: A term made famous during the initial cannabis prohibition in the 1940’s. Nowadays, however, it’s more commonly used a joke. Smoking a marijuana cigarette sounds exceptionally nerdy, and most often is used in awkward discussions between parents and teenagers.  We’ve used the term in this piece just to help describe the shape of a joint, not because we don’t know whats-up with weed slang.

A Regional Breakdown of Weed Terminology

A spliff is a spliff until it isn’t. Although it’s true that much of the United Kingdom and the United States would choose to use spliff to describe a cannabis-tobacco mixture, this isn’t always the case in the rest of Europe. In fact, some cultures in Europe use spliff to describe a weed-only joint. Mixing two different substances into one cigarette is a “joint” blend. Makes perfect sense, until you step into a cafe in another country and are told that’s not the case.

Under most circumstances in the English speaking world, a joint references a weed only cigarette and while a spliff references cannabis mixed with a bit of tobacco. In America, the primary difference between a joint and a blunt comes down to the choose of rolling paper. Blunts are usually much larger, rolled in a thick brown and aromatic tobacco paper, while joints rely on smaller white papers.

Interestingly, joints are the preferred in much of North America. Why? Perhaps because fewer people still smoke tobacco in Canada and the U.S. Also, cannabis is much more readily available than other places around the world. More weed means there is rarely need to ration. In some countries in Europe, pot isn’t sold in dispensaries and is difficult to source. In these cases, why wouldn’t you choose to roll it with a bit tobacco to make it last longer?

How to Roll the Perfect Joint, Blunt of Spliff

Now that you’ve got the lingo down pat, it’s time to put it into practice. No matter what your preference is regarding joints, blunts of spliffs, there is always room for improvement.

Step-by-Step Guide to Rolling a Joint

Obviously, stoners love to experiment with new ways roll joints. There are any number of artistic techniques express yourself with weed, but a tulip joint and a cross-shaped joint are a few ways to get started.

How to Roll a Blunt

Rolling a blunt follows precisely the same steps as rolling a joint, with two key differences:

Don’t forget to learn about other types of blunts, especially the always impressive backwoods blunt.

How to Roll a Spliff

Spliffs are widely considered easier to roll, due to the more malleable nature of tobacco. Follow the above process for rolling a perfect joint but add at least 50 percent tobacco:

Before adding cannabis, it’s better to add the tobacco first. Evenly sprinkle the finely ground weed on top of the tobacco.

One response to “What’s the Difference between Joints, Blunts and a Spliff”