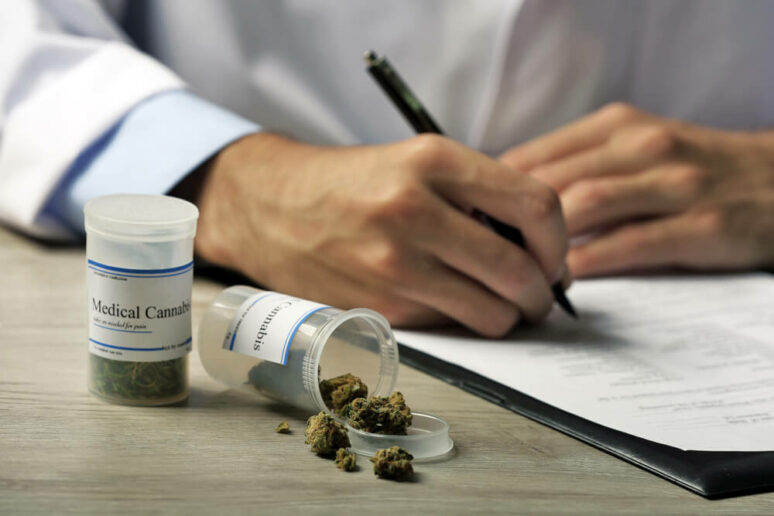 Crohn’s Disease is a painful, and incurable, inflammatory bowel disease which causes ulcers and sores throughout the stomach and intestines. Currently, according to the Crohn’s and Colitis Foundation of America, approximately 700,000 Americans suffer from ulcerative colitis and Crohn’s Disease with another 70,000 diagnosed each year. However, research is starting to emerge showing how cannabis could help treat this painful, inflammatory disease.

Examining the Link Between Crohn’s and Cannabis

While the United States government doubles down on its claims marijuana has no medicinal value, Israeli researchers are continuing to publish research proving otherwise. In fact, a study published by researchers at Israel’s Meir Medical Center, showed cannabis could help put Crohn’s disease in complete remission. During the clinical trial, 21 patients with intractable Crohn’s disease where divided into two groups with 11 patients receiving two cannabis cigarettes daily for 8 weeks, while the other 10 patients were given placebo cigarettes with no cannabinoid content whatsoever.

The cannabis provided was a THC-rich strain testing at 23% THC and .5% CBD. At the end of the eight- week trial, five of the eleven patients using cannabis cigarettes achieved complete remission of their Crohn’s Disease symptoms, with an overall response rate of 90%. In fact, two patients who were treating pain with opiates also reported no longer needing the prescription, while three others eliminated steroid dependency without negative effects.

Similar results were discovered in 2011 following an observational study, where 30 Crohn’s patients admitting to cannabis use were evaluated based on symptom improvement, prescribed immunosuppressant drugs, and surgeries. 21 of the 30 patients reported significant improvement with cannabis therapy.

How Cannabinoids Can Help

Endocannabinoid receptors found throughout the human body regulate the inflammatory process integral to Crohn’s disease. Activating these receptors, whether with internally produced endocannabinoids or phytocannabinoids from the plant, can result in pain relief and reduced inflammation. Even the US Government recognizes the anti-inflammatory and antioxidant properties of cannabinoids as they have obtained Patent #6630507 on cannabinoids produced by cannabis sativa.

Cannabidiol (CBD) – Laboratory studies have also shown CBD can reduce hypermotility caused by inflammation in the gut, but in addition, CBD is a potent anti-inflammatory and antioxidant which can help protect the intestines from further damage from the disease. In addition, as a competitive inhibitor, CBD slows the breakdown of THC and inhibits the cerebral effects THC is known for.

Clearly, THC and CBD have the potential of being a life-changing treatment option for those who are suffering with Crohn’s Disease. Whether current treatment options are not working, or patients would simply prefer a more natural approach to their condition, cannabis may offer a viable alternative. With further research and changed federal laws, cannabis could prove to be an effective treatment for patients suffering from the painful effects of Crohn’s Disease and other chronic gastrointestinal ailments.