Cannabis in Canada: What You Need to Know About Laws & Regulations 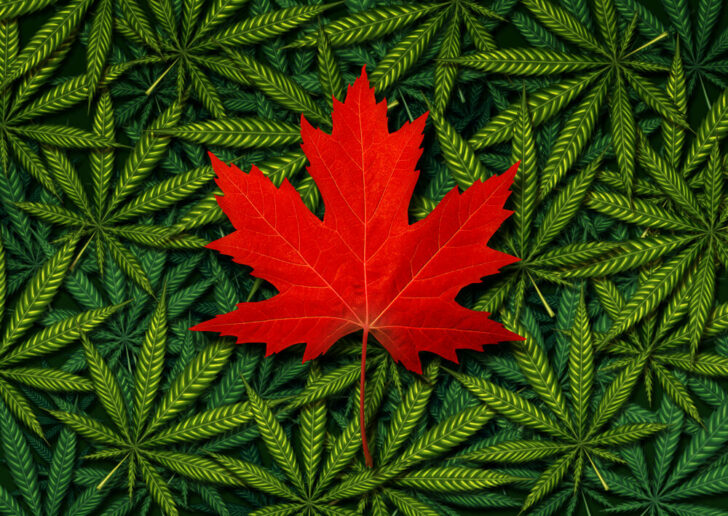 Cannabis in Canada: The Skinny on Laws and Regulations

On the heels of cannabis decriminalization, many questions are being asked and rules being set in regards to the regulation of the cannabis industry in Canada.

Tomorrow, it will become legal for Canadian adults to purchase, possess, and grow cannabis for recreational use. However, this legislation comes with significant stipulations making these things somewhat difficult, even impossible, depending on which part of the country one lives.

History will be made on Wednesday, October 17th when Canada officially legalizes marijuana for recreational use and ends the criminal prohibition of cannabis plants. View the entire law in the official government-issued Cannabis Act PDF.

While this progressive move is shining a huge spotlight on the northern country where people are replacing the iconic maple leaf with cannabis leaves on flags, shirts, and paraphernalia nationwide – Canada is not the first country to legalize recreational cannabis. However, Canada is the largest country to venture down this path of freedom and end the age of prohibition. Uruguay first approved recreational legalization laws in 2012 and three phases of implementation were completed in 2017.

[Read more: Medical and Recreational Cannabis Legal in Uruguay: How it Works]

Dated a year out from this historical benchmark, in 2019, cannabis edibles will be added to the list of legalized weed products on the market in Canada. Minister of Border Security and Organized Crime Reduction, Bill Blair, says regulations for cannabis-infused food and drinks are already underway.

What new laws will be instituted to govern the use of cannabis? How will police officers handle cannabis and driving? Will you be able to take weed across the border?

We wanted to know the answers to these questions about cannabis in Canada legislation. Keep reading to learn the key Canadian marijuana rules and regulations you need to know about.

Government Involvement and Regulation of Cannabis in Canada

Canadian “big brother” (the federal government) has constructed a pretty basic roadmap or broad outline of the cannabis legalization laws. However, the provinces (sometimes even individual cities) will be responsible for filling in the details and determining things such as:

You may have heard the term, “location is everything.” When it comes to Canada’s recreational cannabis laws, this statement could not be any truer. Unlike the patchwork on a beautiful hippie dress that’s aesthetically pleasing and easy on the eyes, the provincial patchwork cannabis legislation does not look so good. The broken-up regulations are plagued with caveats and some may argue they are quite unfair. Notable takeaways of the provincial variances include:

Legalization of recreational cannabis will certainly take on different tones dependent on these factors as they relate to important keystone concepts of cannabis culture, such as home cultivation and public consumption.

Not surprisingly, people across Canada and the international community are left scratching their heads. With all the variances to the federal regime, there is a significant concern as to whether or not the federal government has done enough to communicate the clear guidelines of universal rules.

Bill Blair felt that the location-based differences are appropriate for the country as the style matches the different conditions in the various Canadian territories in regards to alcohol. As stated by Blair:

“They are somewhat nuanced and different, but there is a certain consistency and all of them understand the importance of making sure this drug is not accessible to kids and they also understand the imperative of displacing the illicit market, and so there are differences, but those differences are appropriate to the context in which they’re being applied.”

What will happen to people with previous cannabis convictions? Will pardons be granted?

According to Blair, as soon as recreational cannabis becomes legal, it will be the government’s responsibility to determine how they will deal with the simple possession convictions of the past. “That’s the appropriate time to deal with those records and we intend to deal with them in an appropriate way,” Blair said, but would not elaborate on how quickly those pardons could potentially be announced.

After Wednesday comes and goes, a new countdown for legalized edibles will be underway. Months of work have already gone into the controls and regulations that will be in place to govern the production and distribution of cannabis edibles.

Post-Wednesday, the new cannabis laws will permit the home production of cannabis edibles, but you won’t be able to go out and buy commercially-packaged pot brownies or delight in cannabis-infused cuisine in restaurants. Because the ingestion of cannabis food products is a complex issue that requires care and controls to ensure Canadian safety, the regulations are given priority before these products are permitted to hit the shelves.

“There were some significant additional risks in the edible market that needed to be properly regulated. And we based that determination on the experience in other jurisdictions that urged us to approach this with caution, but to enter into a very careful examination to make sure that it can be done safely.”

Tousaw then goes on to describe the fast-paced innovations experienced by the cannabis industry:

Therefore, he stresses that it is important that Canada “very quickly gets the preferred formats for people out in the marketplace.”

How will recreational legalization affect crossing the border between the United States and Canada?

Canada is definitely considered the “cool kid on the block” when it comes to cannabis in North America. As ironic as it is, even though nine U.S. states have legalized recreational marijuana, and 29 states allow medical marijuana – cannabis in all forms for any use remains illegal under federal law in the United States. What’s even more perplexing is that the US Drug Enforcement Agency (DEA) recently legalized a synthetic THC, Dronabidol or Syndros.

Border crossings are under federal jurisdiction, and the officials in the U.S. have been quite verbal and clear that they are ready to implement strict regulations and controls. According to the Financial Post, the U.S. Customs and Border Protection officers can deny Canadians or non-citizens entry into the U.S. from Canada for a number of marijuana-related reasons, including:

During a series of questions, if a border agent asks if a person has ever smoked pot and they answer “yes” or “only while I was in Colorado where it is legal”, etc., they will be banned from the U.S. for life. You heard that right. For life.  After a person is ruled inadmissible, a special waiver may be required for the traveler to enter the U.S.

It’s advised to avoid any blatant signs of marijuana use when approaching the border. In other words, leave the pot-leaf patched hat and tie-dyed Grateful Dead concert shirt at home.

[Read more: U.S. Border Control Officials Now Have The Right To Deny You Entry If You Have Purchased Cannabis Legally]

Just in case you were still wondering, bringing cannabis across the border for any reason either direction remains highly illegal.

Canadian Regulations on Cannabis and Driving

Since the introduction of legalized recreational marijuana, groups (sometimes motivated by the alcohol industry) have pushed the issue of cracking down on marijuana-impaired driving. Justice Minister Jody Wilson-Raybould told reporters the new regulations will make Canada’s impaired driving laws among the toughest in the world.

What does this translate to in real life? Consider the following highlights of the new marijuana and driving laws in Canada:

The rollout of the new laws will happen over the course of the next year as legalization takes effect with the goal to have the laws in place and enacted by June 2019.

Workers in Canada who use cannabis to treat medical conditions or recreationally are concerned as to their workers’ rights related to the consumption of marijuana. Minister Blair asserts that even though Canada has been dealing with the stipulations of medical marijuana for almost two decades, new workplace policies will be likely to emerge following the legalization of recreational cannabis.

Kirk Tousaw, a Canadian lawyer, expressed concerns regarding employers that use drug screening tests to determine impairment because cannabis stays in the system for a significant length of time. Therefore, it’s practically impossible to determine exactly when and how much they’ve been using. Dr. Gigi Osler said:

“I think the research is very varied, and hence you see jurisdictions across the country having these widely variable rules as to when someone can use and then report for work.”

Officials assert Canadians that with more research and some time lapses after legalization, it will become more clear what is considered impairment and how to determine such. Osler says this could “help reduce some of the discomforts that employers may be feeling.”

[Read more: 10 Reasons Why You Should Smoke Weed Everyday]

Where Do You Stand on Recreational Cannabis Legalization?

Are you a die-hard cannabis advocate and supporter of decriminalization laws on cannabis? Or perhaps you are fundamentally opposed to recreational cannabis. Maybe you are still on the fence about how you feel about legalizing marijuana for recreational use.

No matter where you stand on the issue, we want to hear from you! Let us know in the comments below how you feel about recreational cannabis legalization and why you hold your position.