Home » Lifestyle » 10 Reasons Why You Should Smoke Weed Every Day

10 Reasons Why You Should Smoke Weed Every Day 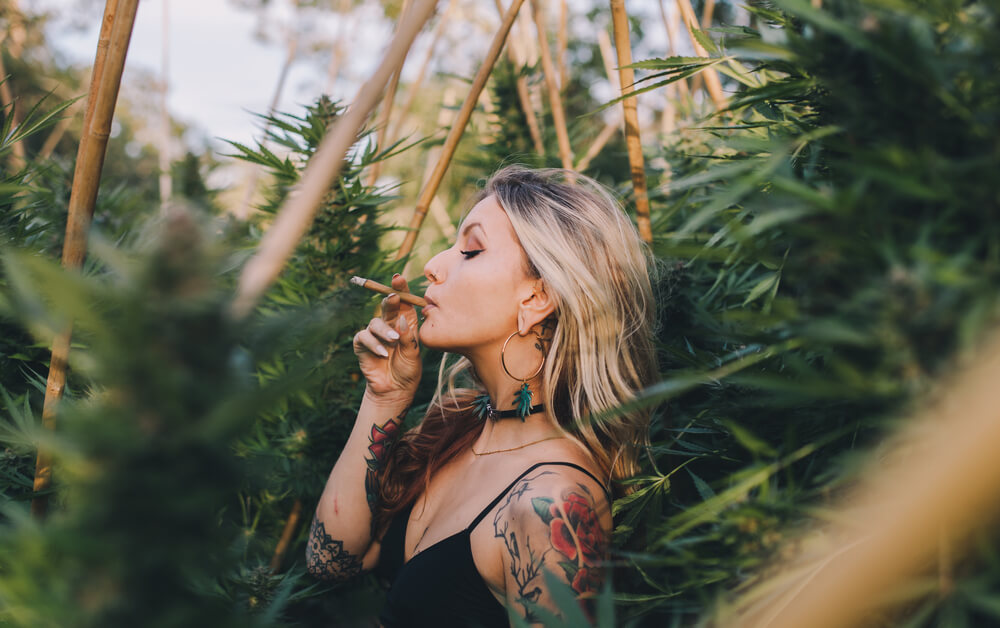 If you love cannabis, you likely don’t need much more convincing about the benefits of smoking weed every day. But weed has always gotten a lot of negative attention, especially in the American news cycle. It’s challenging to sort out the ‘alternate facts’ from the truth.

What is the reality about smoking weed on a daily basis and are there any benefits? If you are one of the many chronics who smoke weed every day, rest assured most of the doom and gloom mentioned in the news isn’t true. In fact, one of the largest studies done on the health effects of cannabis found no long-term health effects linked to smoking weed, even if you decided to do it every day. That is good news for everyone already lighting up seven days a week. It might even convince those who were still a bit nervous to pack another bowl.

But are there any other reasons why you should smoke weed every day? The benefits actually extend far beyond your long-term health. Marijuana makes almost everything better whether it’s your mental health, your physical health or your social life.

Here are the Top 10 Reasons to Smoke Weed Every Day

Perhaps this point comes as no surprise to the masses already having a great time. Marijuana makes every day better, whether you laugh more, sleep better, have an in-depth conversation with friends, or share a joint around a party. Almost everything gets better when you throw cannabis into the mix. Marijuana, when served on the daily, puts a smile on your face and a bounce in your step. It can lighten even your darkest moods.

Have you ever stopped to consider that most stoners appear relaxed, nonchalant, and calm while the world rushes by? The daily grind just doesn’t seem to weigh them down as much as everyone else. Perhaps this is because smoking weed on a regular basis helps lower stress levels. The stress relieving property of marijuana is not a newly discovered characteristic. It’s one of the main reasons people cite for using both recreational and medical marijuana. One look on a strain review website and you’ll see “stress relief” as a top strain trait. Weed helps take the edge off of daily stressors, with the need for pharmaceuticals or alcohol.

3) Sativa Will Boost Your Energy:

If you need a little boost before cleaning the house, or tackling the next big project, a sativa is a perfect uplifting strain. Sativa’s are known to increase energy, and give you the feeling that you can take on the world. Even if the world just means that next pile of laundry or cooking dinner for the family. Because they are more energizing than relaxing, Sativa’s are usually recommended for your morning wake and bake, or your mid-afternoon pick me up. Look for pure sativa or predominant sativa hybrids, and stay away from them around bedtime.

4) Indica Will Help You Sleep Better:

Speaking of bedtime, one of the most common reasons why people smoke weed every day is to help improve sleep quality. A few puffs before bed of a strong indica, and you’ll be counting sheep in no time. Indica strains generally sooth, relax and calm instead of the effects of invigorating sativas. While the science around cannabis and sleep is complex, most studies indicate that smoking before bed lets you fall asleep much more quickly than without. So next time you are tossing and turning, light up an indica packed blunt and fall asleep in no time at all.

Another benefit of sativas and sativa dominant hybrids is that they often trigger a creative mental state. Smoke weed every day, and perhaps you too will experience a higher artistic vision. Breakthrough writer’s block, redesign your bedroom or throw paint to canvas, there are many reasons why it’s helpful to take advantage of the creativity stimulus supplied by cannabis. Scientific study is even starting to support this effect of smoking weed.

If you know nothing about medical marijuana, you probably know its an effective pain reliever. Most people using cannabis medicinally use it to reduce daily chronic pain. There are thousands of studies on the subject. There are also hundreds of thousands of people, perhaps millions, around the world experiencing daily pain. It’s often hard to treat and unresponsive to other types of drugs. Recent research has shown that many people prefer smoking weed over using opioids for their pain, why? Probably because opioids are incredibly addictive, and come with many unwanted side effects. If you experience daily pain, you should smoke weed every day for effective and soothing relief.

Globally, cannabis is more accepted than ever before. From Israel to the UK to Canada and many places across the U.S, people are smoking more weed than ever before. It’s no longer something to be ashamed of. Celebrities around the world endorse smoking weed, politicians even recommend it. Having a few puffs after a long day at work is as acceptable as a pint of Guinness or a glass of chardonnay. Everyone is doing it, and so should you.

A recent study based on Canadian participants seemed to suggest that cannabis use could ease the symptoms of depression. People reported a 58 percent decline in their symptoms of depression when they treated it with marijuana. Surprising? Many people already rely on marijuana to make their day a little bit lighter. Often strains are described as having uplifting, euphoric, or happy characteristics. All of these experiences would improve the sometimes debilitating symptoms of depression

The fastest way into a strangers heart is to pass them a joint. Certain strains of cannabis are considered very sociable and are known to increase conversation (think sativa and sativa dominant strains). For anyone who has wallflower tendencies, smoking a little weed before entering into a social environment can help with the entry. It can reduce stress, and improve conversation. Smoke weed every day to help remove that tough exterior which has prevented you from jumping wholeheartedly into social interactions, whether that’s at home, at work or at a party.

Unlike many other social lubricators, smoking weed, even daily, usually comes with no hangover. Even if you smoked well into the evening, chances are in the morning you are going to wake up feeling fine, if not better than you normally would. If and when a weed hangover does it, it’s much less uncomfortable than one induce from alcohol consumption.

One Final Reason to Smoke Weed Every Day

Because Snoop Dogg, Nate Dogg, and Dr. Dre told us so. As a quick reminder, Dr. Dre is worth $830 million and Snoop Dogg a cool $135 million. They’ve been smoking weed since they broke into the hip-hop world decades ago. Smoking weed is a part of their brand and their soul. If they can smoke weed every day, and still be successful at everything they try, so can you.