Medical and Recreational Cannabis Legal in Uruguay: How it Works | Highlife

Medical and Recreational Cannabis Legal in Uruguay: How it Works 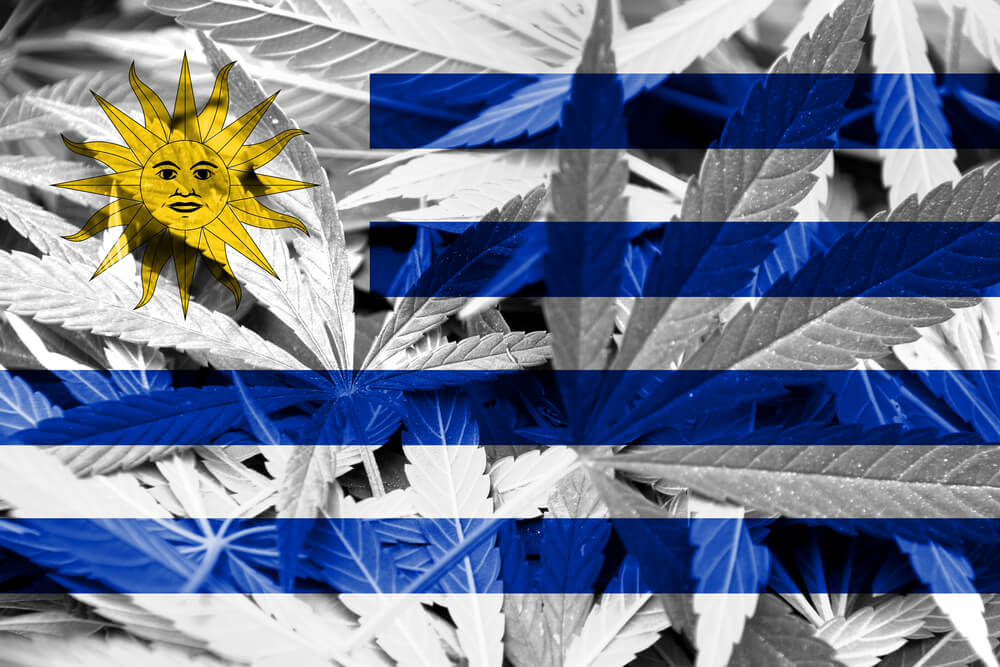 Flowers produced by the cannabis strain of plants go by many names. No matter what you decide to call it, marijuana use is gaining popularity as legalization laws are sweeping the nations of the world. In this article, we are going to explore cannabis laws in one country in particular: Uruguay.

Leading the progressive new frontier of cannabis legalization, Uruguay has gone down in history as the first country in the world to fully legalize recreational and medicinal cannabis. In a three-tiered continuum of supply and demand, it is now completely legal to grow, sell, and buy cannabis in Uruguay.

How is this legislation, that was only fully implemented in July 2017, working out for the small South American country? Keep reading to get an in-depth look at Uruguay’s cannabis industry and the impact this bold move has had on the tiny nation that boasts a low crime rate, high living standard, and political stability.

History of Cannabis Legislation in Uruguay

Uruguay is the first nation in the world to legalize and regulate its domestic non-medical cannabis market. Long before the progressive marijuana legislation went into effect, Uruguay was already “cool” with cannabis as evidenced by its lax approach to drug policy.

Under dictatorial leadership from 1973-85, Uruguay stood apart from other nations during the infamous “War On Drugs” era in which countries were taking a more punitive approach to penalties and enforcement of drug laws. Drug trafficking carried strict sentences, but the government decriminalized the possession of “a minimum quantity [of illicit substances], intended solely for personal use.” Vague in nature, the “minimum quantity” was never fully specified which left room for broad interpretation by judges and the like. This seemed like a walking contradiction because Uruguayans could legally possess cannabis but not legally acquire it. Pressure came from civil society groups that urged the obvious need for legal ways in which to access cannabis.

After nearly four decades of an oxymoron drug policy, legislatures responded to the need in 2012. At that time, the governing Broad Front (FA) was the majority in the country. It was this group of legislatures that sought the approval of a bill that would legalize the home cultivation of eight or fewer plants and up to 25 grams of cannabis in personal possession.

As momentum behind this movement grew, the president at that time, Jose Mujica, envisioned an opportunity. In June 2012, the infamous 15-point document titled the “Strategy for Life and Coexistence” was introduced which proposed to “legalize and control cannabis sales.” Going above and beyond the existing proposed bill in the legislature at that time that legalized home-grown marijuana, the bill introduced by Mujica included the creation of a state-run monopoly over cannabis distribution and production.

Uruguay, being the “cool” country it is, saw the beauty in both of the proposed laws and legislatures merged them into an all-inclusive bill that allowed home cultivation and commercial sales. Additionally, “cannabis-clubs” were included which are state-authorized collectives where users can grow their crop.

The following year, the bill passed in the legislature’s house in July 2013 before clearing the Senate in December. History was made on December 20, 2013, when the bill was officially signed into law. Uruguay had become the first country in the world to completely legalize recreational cannabis. Since it went into effect, officials in Uruguay have responded to critics of the law with an extensive list of justifications for the measure.

Determined to show the rest of the world how successful recreational cannabis laws can be, the government instituted strict controls which limit the amount of weed allowed to each person and designates points of distribution.

Offered under Law 19172 are three alternatives for people to obtain legal cannabis in Uruguay:

Health benefits of medical marijuana include the treatment of glaucoma, chronic pain, anxiety, and more. In addition to the obvious medical purposes, the following is a list of the socioeconomic reasons Uruguay legalized marijuana:

“The great responsibility we have in Uruguay is to show the world that this system of freedom with regulation works better than prohibition,” said Eduardo Blasina, the founder of the Montevideo Cannabis Museum.

Measures Taken by the Country in Preparation for Cannabis Legalization

As other nations adopt similar decriminalization laws, they don’t have to look any further than Uruguay’s path to see the process of the establishment of sales and distribution of cannabis. Years of preparation were needed to ready the infrastructure for legalization. In order to address each facet of marijuana consumption and distribution, the law rolled out in three separate phases:

John Walsh, director of drug policy and the Andes at the Washington Office on Latin America explains about Uruguay’s legalization:

“They’re very aware that they’re the first in the world to do this. They’ve run with a tightly controlled model to show the world that they have control over the system.”

Guess what? Legalizing cannabis leads to very positive changes in a society. However, this doesn’t stop naysayers and proponents of the legislation to pick it apart. Passing the law went over smoothly despite the fact that more than half of the residents at that time were against cannabis regulation.

AmericasBarometer surveyed Uruguayans in 2014 and found that only 34 percent approved of the regulation of marijuana. On the other side of the fence, the majority (60.7 percent) expressed disapproval of the new cannabis laws. These expressed attitudes and sentiments towards legal cannabis consumption in Uruguay were in stark contrast to the attitudes among Americans who were in favor of such laws with more than half showing support for legalizing marijuana use.

Humans are ridiculously complex. As such, a number of factors influence the support of marijuana legalization in Uruguay, including:

Inevitably, there have been several bumps along the road of this new marijuana regulation in Uruguay. One of the biggest challenges is the resistance of pharmacies to serve as outlets for recreational marijuana, primarely because of the financial reperucussions instituted by banking establishments.

At the end of 2017, only 12 out of the 1,100 pharmacies in the country had signed up to supply the 17,391 government-registered users at that time. As a result, individuals have to wait in long lines and the country has only experienced a slim profit margin.

Even worse than the slim pickings of distributors are the problems with banks as a result of cannabis stance. Banks have threatened to close the accounts of any pharmacy selling marijuana.

Tourism is huge in Uruguay. The fact that marijuana sales are only permitted to residents of the country means that many travelers will be disappointed to be told they cannot smoke. Eduardo Blasina, president of Montevideo’s cannabis museum said:

“Visitors arrive here hoping to enjoy freedom in one of the most liberal countries in the world, so they feel disappointed when they find out they can’t buy legal marijuana. They end up buying it on the street, which contradicts the whole point of the law, which is to cut traffickers out of the business.”

Blasina is among a growing group of supporters that have been pressing the government to stamp the passport of tourists with a permit to purchase marijuana during their stay.

Aside from the access to cannabis and financial implications from the banks, marijuana regulation in Uruguay has gone over fairly smoothly. Gastón Rodríguez Lepera, a shareholder in Symbiosis, one of the private firms producing marijuana for the IRCCA, said:

“The most important thing has been the change of paradigm. Uruguay dived in at the deep end without too much international support. They said it wouldn’t work. Well, it’s working now.”

Dank. Headies. Sticky-icky. Whatever you want to call high-quality super weed – rest assured the government in Uruguay is producing it!

The initial batch released to the public was very low in quality at only 2 percent THC. Complaints were met with an increase to 9 percent. Truly, there is no comparison in quality when looking at government-distributed marijuana and the crop sold by traffickers. Illegal marijuana in Uruguay is typically full of pesticides, seeds, and stems (what I like to call brown frown :(), and costs $100 where the same amount of pure dank costs only $30 at government-licensed retailers.

Mate is Uruguay’s national drink, and it is a blend of herbs infused into a tea drink with a filtered straw. Naturally, producers met the curiosity of the public by adding weed to mate and this combination is now available in supermarkets around the country.

Medical marijuana became legal in December 2017, as such, it’s still in its infancy regarding products and availability. The first medical cannabis product sold at pharmacies is a 2 percent CBD oil and it’s imported from Switzerland. In Uruguay, it is bottled and sold to people that have medical marijuana prescriptions.

Considering the fact that full legalization was only implemented in July 2017, the production and availability of cannabis and hemp products are still in their infancy. Keep track of us on our blog as we continue to report on the Uruguay cannabis scene.