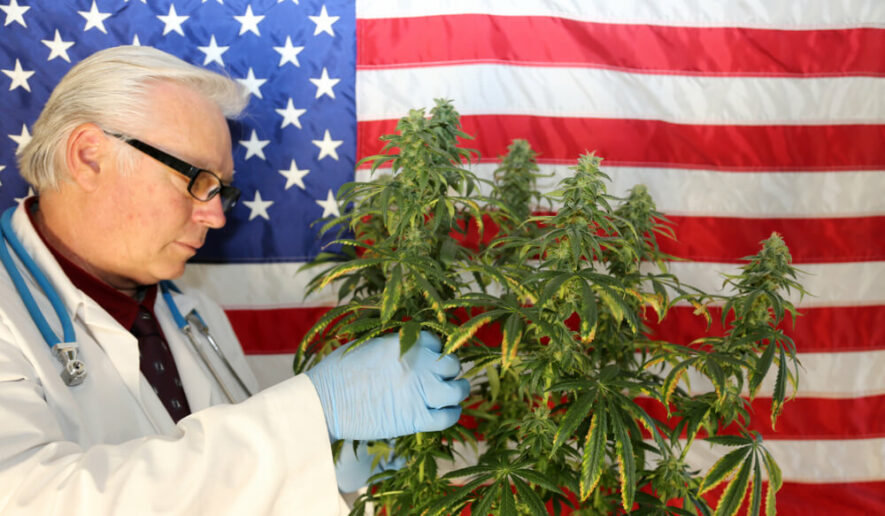 The Trump Administration Wants Your Opinion On The Reclassification Of Cannabis

None of us would ever imagine the day that the US government would ask for our input on cannabis, especially not if it was to voice an opinion regarding the legal classification of weed.

The Trump administration is now asking for public comments to determine whether they should reclassify cannabis or not.

More specifically, the FDA is looking for feedback from the public regarding medical cannabis use, what the abuse potential of cannabis is and other questions in light of it being under review at an international level.

Under the current federal law, cannabis is currently classified in the Schedule I category. This means that the consumption and possession of cannabis is illegal, and that no physician can prescripe it. It also means that there are heavy restrictions on researching its therapeutic benefits (medical studies conducted on human beings).

The current international status of cannabis means that the nations who participate in international drug control treaties do not have the right to legalize the herb, although countries such as Canada and Uruguay have gone ahead and legalized it anyway.

The FDA Wants You!

Well, your opinion at least. Leslie Kux who is the FDA’s associate commissioner for policy has confirmed that public opinions on the effects and legal status will be taken into consideration when preparing the United States’ response to the World Health Organization.

The letter will focus on the potential abuse liability and diversion of cannabis. The World Health Organization will then use the information to determine if they should recommend that particular international restrictions are placed on cannabis.

WHO’s Expert Committee on Drug Dependence will be holding a meeting next month in Geneva to examine and possibly reconsider the classification of cannabis, along with certain other substances.

Their aim is to gather as much information as possible concerning the following factors that could affect marijuana’s fate:

In early 2018 this same body decided that cannabidiol (commonly known as CBD) should not be included in international drug control convections, due to its proven therapeutic benefits and lack of the intoxicating properties like THC. They concluded that CBD has a good safety profile and didn’t qualify to be liable to abuse or negative side effects that could be found in cannabis containing higher amounts of THC.

The same body has now agreed to take part in a very detailed and critical review of the cannabis plant, as well as the THC itself. It is likely that this review has prompted the FDA to request public opinion.

The Trump administration has also requested public comment from those who are interested, well before a previous review of cannabis. This has sparked hope amongst the advocates of the legalization of the plant and they are positive that scrutinizing the data collected on the effects of cannabis will lead to a reclassification of the drug.

If you would like to submit your comments or opinions on cannabis to the FDA, you must submit it online before 31st October 2018. If you don’t have Internet access, then comments will also be accepted via post.

You can send your inputs here