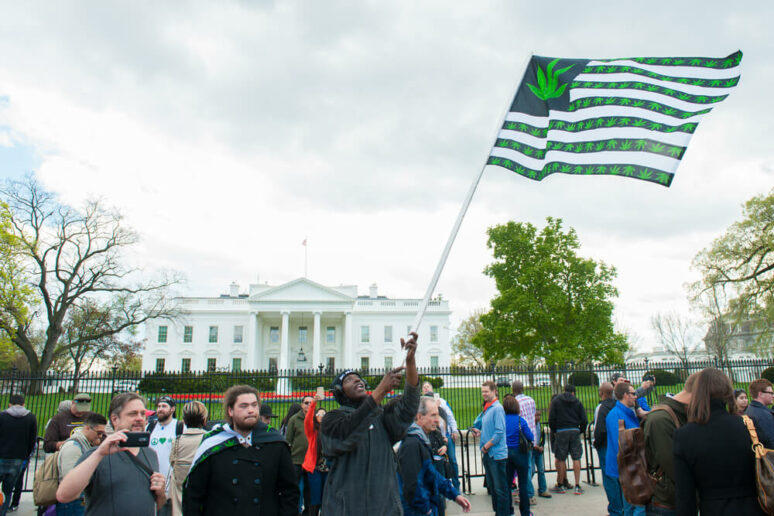 Today, the House Judiciary Committee approved a bill that legalizes cannabis on the federal level. The bill would remove cannabis from schedule 1 of the Controlled Substances Act.

The legislation passed with 24 to 10 votes. It has a high chance of approval in the House where Democrats control the chamber with 234 seats. It’s likely to face a tougher battle in the Republican-controlled Senate, where Majority Leader Mitch McConnell opposes cannabis legalization.

The legislation allows states to enact their own policies and gives them incentives to clear criminal records of people with low-level cannabis offenses. It also includes a 5% tax on cannabis products that would provide job training and legal assistance to those hit hardest by the war on drugs.

The National Organization for the Reform of Marijuana Laws, also known as NORML, has called the legislation the “biggest marijuana news of the year.”

“The criminalization of marijuana has been a mistake,” Chairman Rep. Jerrold Nadler, D-N.Y., said during the markup of the bill. “The racial disparity in marijuana enforcement laws only compounded this mistake with serious consequences, particularly for minority communities.”

Some Republican members expressed concerns that the bill went too far and that it was unlikely to be taken up in the GOP-controlled Senate.

“I don’t think a majority of the Republicans will support this bill,” Rep. Ken Buck of Colorado said Wednesday. “It is even less likely that the Senate would take it up. Therefore, I would just suggest that we deal with other bills that we can get a much larger bipartisan support from.”

The bill has more than 50 co-sponsors, according to Congress.gov. Backers of a Senate version of the legislation include presidential contender Sen. Kamala Harris.

Only 11 states in the U.S. and the District of Columbia have legalized cannabis for recreational use.