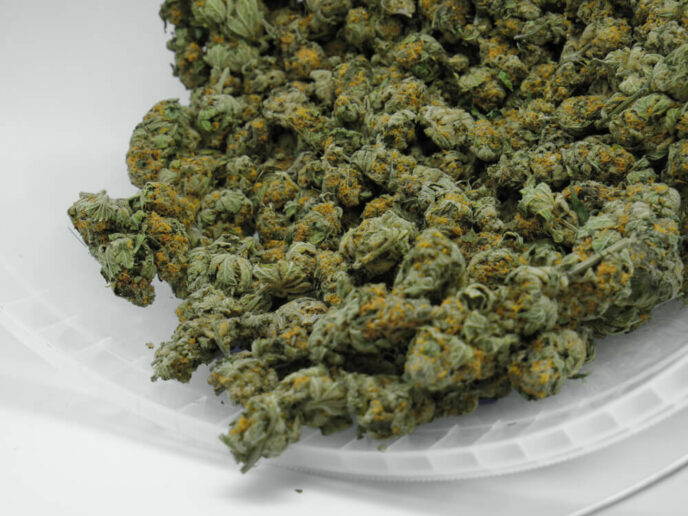 The most common cancer in men is prostate cancer. According to the American Cancer Society, there will be about 161,360 American men who will be newly diagnosed with prostate cancer, with an estimated number of 26,730 deaths caused by prostate cancer just this year alone.

Prostate cancer is typically treated with chemotherapy, hormone therapy, radical prostatectomy, and radiation therapy. These methods can effectively get rid of the cancer cells and prevent them from coming back. But some of these methods (chemotherapy and radiation therapy) do have risks. Not only can they kill cancer cells, but they can also kill the normal, healthy cells and compromise the patient’s health. Furthermore, there is always the risk of the cancer coming back even with treatment and therapy.

Now, cannabis has the ability to kill prostate cancer cells, stop them from spreading, and, at the same time, protect the normal and healthy cells.

The addition of cannabis therapy to his treatment regimen was exactly how Tommy Chong, one of the popular comedy duo Cheech and Chong, beat both his prostate and colorectal cancer.

Turning a Negative Situation into a Positive One

Most people treat their cancer diagnosis as a sort of death sentence, with the majority of them falling into depression. This is a normal reaction, particularly since cancer is not a minor thing. It is a scary, debilitating, and life-threatening condition.

But for Tommy Chong, his diagnosis of prostate cancer was his chance to not only educate himself and others but to also push for cannabis law reform.

Chong was diagnosed with prostate cancer in 2012. His doctor recommended that he undergo a high-frequency radiation therapy which is only available in Mexico and will cost him about $25,000. It was a small sum for this multimillionaire actor, but instead of pursuing radiation therapy or chemotherapy, Chong opted to take the natural route instead.

He went to see Dr. Neil McKinney, a naturopath based in Vancouver, who worked with him in changing his diet and placed him on a special diet and supplement routine. He also saw Adam Dreamhealer, a popular energy healer, who taught him techniques on controlling stress. Stress, as one study has shown, has a negative impact on cancer metastasis, but you can help your body and prime it for healing by learning how to control stress.

In addition to all these, Chong also incorporated hemp oil into his diet. Cannabis therapy, in addition to his lifestyle changes, significantly reduced his PSA numbers that, by the next year, he was declared cancer-free. He even credited his cancer-free status to his medical cannabis use.

The Cancer Came Back

Chong might have cured his prostate cancer through lifestyle changes and cannabis therapy, but in 2015, his cancer came back. This time, he was diagnosed with colorectal cancer.

However, instead of opting for the natural route like he did with his prostate cancer, Chong took the aggressive approach and had not only surgery to remove the tumor, but chemotherapy and radiation therapy as well to lessen cancer recurrence.

Of course, as an advocate of medical cannabis for cancer and other medical conditions, cannabis was also included in his therapy. He had high-CBD/low-THC oil injected into his hip and cannabis oil massage therapy to help relieve pain caused by his chemotherapy treatment. He also treated his colorectal cancer with cannabis suppositories. By mid-2016, he was, once again, cancer-free.

Today, Chong is not only a passionate cannabis advocate but also a cannabis entrepreneur. He launched his company, Chong’s Choice, last April of 2016 which makes and sells cannabis edibles, including a hemp-infused drink.

Cancer is a deadly disease, and according to Cancer Statistics 2017, there will be an estimated number of more than 600,000 cancer-related deaths this year.

Cannabis, particularly CBD, may be an excellent alternative and/or add-on therapy for cancer treatment and management of the side effects associated with chemotherapy.

Tommy Chong’s use of cannabis to treat both his prostate and colorectal cancer may be anecdotal, but his story lends truth to what numerous research studies have already revealed – that cannabis has the potential to help patients suffering from cancer.