Rick Simpson Oil - What Is It and How Can You Make It? (Video Guide) 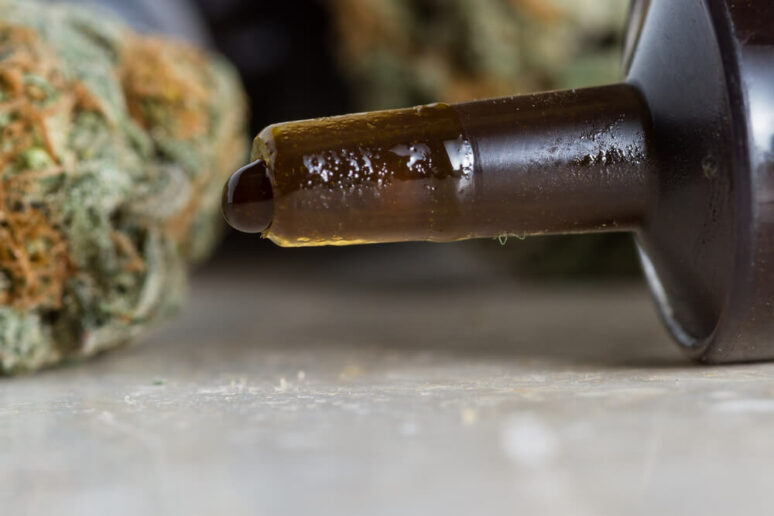 Medical cannabis comes in many forms, but over the last decade, cannabis oil has become the medicine of choice for those diagnosed with a serious or terminal illness. Although cannabis as medicine is undergoing scientific study for the treatment of many diseases, its potential to treat cancer is the by far the most exciting. Cannabis oil as a viable cancer treatment is gaining traction among doctors and patients alike.

What is Cannabis Oil?

It seems like there are more names for cannabis oil these days than trees in the forest. Cannabis oil also goes by Rick Simpson Oil (RSO) after its original Canadian creator Rick Simpson. You might also find it labeled with F.E.C.O (fully extracted cannabis oil), Jamaican hash oil, or going by phoenix tears.

Whatever name it goes by, RSO is an extremely potent cannabis extraction. It was popularized initially, perhaps by accident, by Rick Simpson. In the 90’s, long before cannabis was cool, Simpson stumbled upon literature on medical cannabis. At the time, he wasn’t satisfied the conventional prescriptions he was given to treat a recent workplace accident. In frustration, he turned towards cannabis.

He found success with his first self-experiment but was then diagnosed with skin cancer some years later. After undertaking his own research on cannabis for cancer, he decided to take his treatment into his own hands. Using cannabis in a topical solution, he cured his cancer within only a short timeframe. His doctor refused to acknowledge marijuana in any capacity. Because he couldn’t find official support, Simpson decided to take his cannabis oil extraction to the masses; he wanted to show the world that they could make their own medicine. Rick Simpson Oil was born.

Cannabis Oil is usually stored in an easy to dispense and dose syringe format. Quality cannabis oil is a deep, dark green, so dark that it often looks black. If you squeeze it out on to your finger, it’s the consistency of thick glue. It is not something you want to make a mess with. Although it is an extraction, it is not an isolate; it contains all of the medicinal properties of the plant. Instead of just THC or CBD, it contains the full-spectrum of terpenes and cannabinoids.

The primary reason why people prefer cannabis oil above smoking or eating an edible is due to potency and ease of use. Smoking cannabis, or even vaping, isn’t always an option for cancer treatment. Imagine lighting up a joint in the cancer ward? Even for cancer patients at home, smoking can trigger respiratory issues.

Edibles are another option, and today there is no end to foods filled with THC. Baked cannabis goods have moved far beyond brownies. Step inside a reputable dispensary, and you’ll easily get overwhelmed with the sheer magnitude of choice.

Candies, gummies, baked goods, and chocolates are now one of the most popular ways for users to consume their weed. But for people battling a terminal illness, dosing with refined sugars and empty carbohydrates does nothing for their wellness. Sugars and carbs are two types of food that cancer patients, in particular, are usually advised to stay away from.

Finally, cancer and other terminal illnesses need incredibly high doses of cannabinoids to reap the full medicinal benefit. Trying to reach those high levels through smoking or with an edible can be difficult. You’d pretty much commit to smoking 24 hours a day or eat an entire plate of cookies to reach those levels.

What Does the Research Say About Cannabis Oil and Cancer?

There is no more denying it, cannabis as medicine is here to stay. The more research performed on the plant, the more positive medicinal benefit that science uncovers. Despite what the Drug Enforcement Agency (DEA) in the United States has to say on the matter, national and international organizations are jumping on board.

Even the American Cancer Society highlights the benefit of medicinal cannabis as a co-therapy to chemotherapy. Chemotherapy, while required to combat some types of aggressive cancer, is never easy to manage. The side effects are extremely debilitating and can leave patients almost in worse physical shape than before the treatment.

Cannabis can help alleviate nausea and vomiting associated with chemotherapy treatments. It also helps people maintain a healthy weight during the procedure. In fact, THC for chemotherapy is so well documented that the FDA has approved synthetic cannabinoids for this same application. But why would you consider a laboratory produced synthetic drug when the “real” cannabis plant works a lot better?

There is also growing evidence to suggest that cannabinoids work to actively fight cancer itself. Most of the research has also demonstrated that cannabinoid do so without harming the nearby healthy cells, something which chemotherapy cannot do. Both laboratory and animal studies evidence cannabinoids preventing cancer cell growth, increasing cancer cell death, and stopping the flow of blood to cancer cells which stems their ability to grow. Cannabis as a cancer-fighting compound is discussed more in-depth on the National Cancer Institutes website.

Because cannabinoids interact with the endocannabinoid system, they can have a direct influence on the experience of pain. Both CBD and THC target pain perception, although each focuses on a different type of pain. Cannabidiol can help reduce inflammation, and neuropathic pain, while THC has been shown to reduce chronic pain and pain related to cancer. They both target neuropathic pain.

When using cannabinoids for cancer, it’s important to source whole plant medicines. Using the whole plant pulls benefit from the full spectrum of available cannabinoids. Cancer pain is complex, and relying on more then one cannabinoid helps target the pain from multiple angles.

The Potency of the Entourage Effect

Cannabis oil may be one of the most natural and most potent ways to use medicinal cannabis. Unlike an isolated or synthetic cannabinoid, it also takes advantage of something called whole plant medicine.

Cannabis oil is an extraction of the whole plant. There are well over 80 known cannabinoids in cannabis, all with unique medicinal effects. Although each cannabinoid has special medicinal characteristics when used alone, together they work synergistically.

Do you want to know the best part? On the next page, we will show (video and step-by-step guide) you how you can make your own cannabis oil at home without blowing up your house.

How to Make Cannabis Oil

Thanks to Rick Simpson, everyone can make cannabis oil at home with only a few basic kitchen gadgets. Many patients using RSO produce their own at home to save money, and also to maintain full control over the process. Here is how you can make your own cannabis oil at home:

Importantly, if you choose to make cannabis oil at home, you should be fully aware of the risks. Because the process combines heat with 190 proof alcohol, there is a risk of fire or explosion if not handled safely.

Never produce cannabis oil in an area with open flames. As examples, never use a heat source with an open flame, and never smoke in the same area as production.

The safest place to do this process is outside, in a well-ventilated area. If you do decide to make cannabis oil inside, ensure all windows are open, and there is more than one fan going at the same time. As the alcohol evaporates, it can build up to toxic and extremely explosive levels if not ventilated properly. The risks are very real, take steps to stay safe.

Step-by-Step: How to Make Cannabis Oil at Home

How to Dose Cannabis Oil

Mike Wise from OG Labs and host of The Mike Wise Show recommends using an indica heavy strain of cannabis for treating terminal illness and cancers. Indica’s are sedative in nature, and encourage the body to sleep. Wise encourages his patients to rest during this healing process and states that many of his patients sleep during the first three weeks of treatment.

Wise, as well as most other industry experts, suggest the following dose guidelines for cannabis oil:

Some people don’t mind the taste of cannabis oil and take their doses by smearing it over their gums or spread on a piece of toast. For others, this isn’t enjoyable. Wise recommends purchasing gel or vegetable capsules at a local pharmacy to make the experience much easier to swallow.

Instead of doling out the grain of rice on a finger, squeeze it into the gel capsule. Wise also notes that adding a small amount of coconut oil to the capsule increases the medicinal absorption rate of the cannabinoids. Once capped, take it orally or for the most potent medicinal effect, as a suppository.

A Final Word on Cannabis Oil

Part of the reason why people are turning towards cannabis as medicine is because patients can literally grow their own medicine from a seed. Some medications in the U.S can cost thousands of dollars a month, so being able to grow your own marijuana and produce your own cannabis oil can have immediate cost savings.

Plus, people want to know what they are putting in their bodies. Cannabis oil is all natural, yet extremely effective in treating pain, inflammation, and the side effects of chemotherapy. If the preliminary research is anything to work off of, it may also target cancer itself.