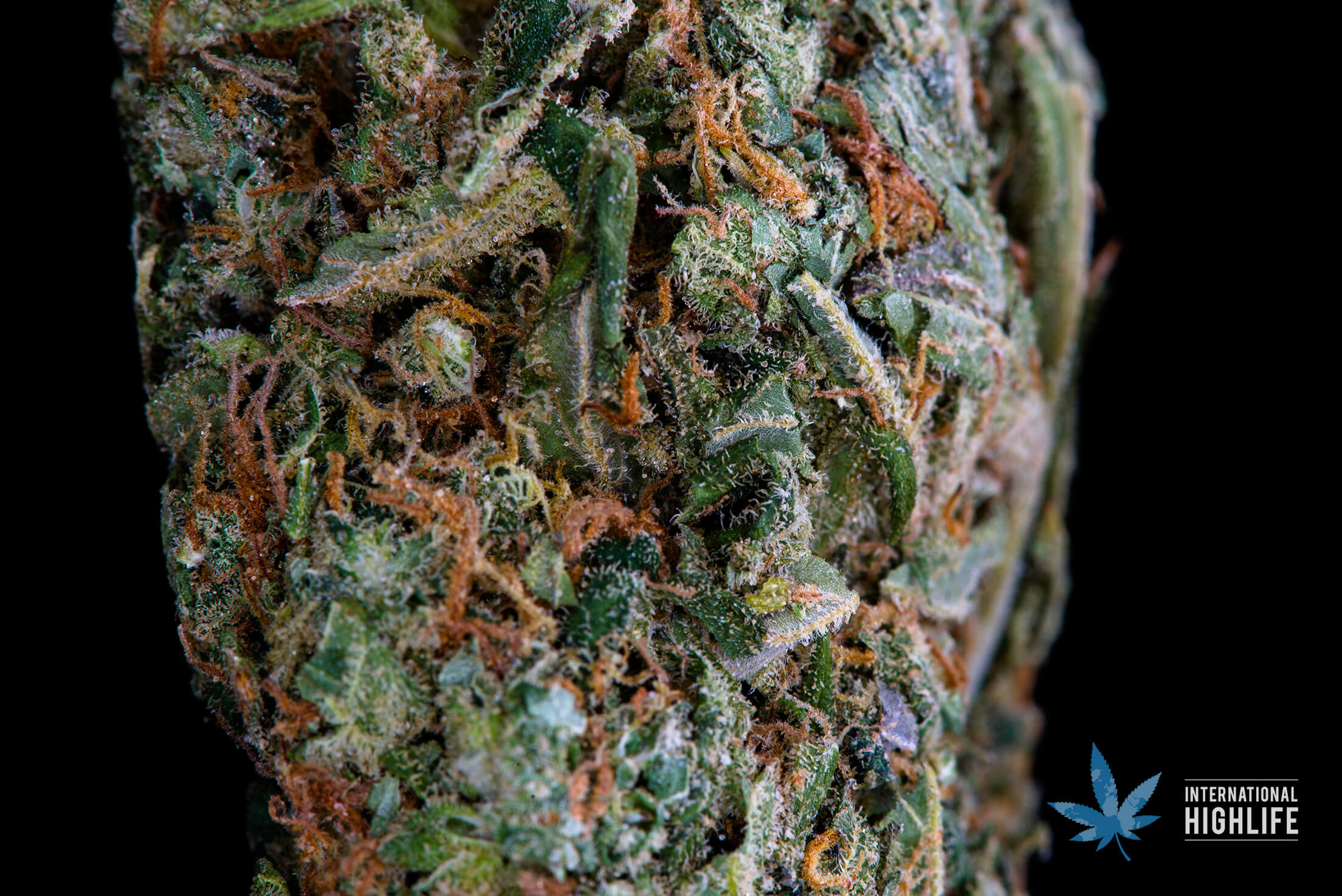 Maybe one of these most popular strains today, OG Kush is widely sought after in the legal cannabis market. A popular night time medicine, this strain provides a relaxing, stony body buzz perfect for disconnecting from the busy chaos of life.

While many confuse the OG in OG Kush for “original gangster”, it actually stands for “Ocean Grown”, as this strain originated on the southern coast of California. This nearly perfectly balanced hybrid, leans just slightly sativa dominant. The medium to large light green buds may have a few traces of purple under a silvery blanket of white trichomes. OG Kush has earthy aromas of wood, pine, and lemon.

A very tall variety of the cannabis plant, OG Kush can grow taller than six and a half feet tall. While having a short flowering cycle of only 7-9 weeks, it can thrive both indoors and out, but this strain is still relatively difficult to grow and is suggested for experienced cannabis growers. At harvest, expect a modest yield of one to three ounces.

Airflow is critical for this strain which can be prone to developing powdery mildew. Keeping humidity levels low will also help avoid bud rot, so a drier climate is definitely preferred.

Steep Hill Labs reports OG Kush can range from 19-26% in THC content, as well as, contains other cannabinoids in trace amounts such as CBG, THCV, and CBN. Myrcene, limonene, and caryophyllene are among the most common terpenes found in OG Kush, according to the same report from Steep Hill Lab.

Because of its perfectly balanced blend of sativa and indica genetics, OG Kush has been a favorite for many medical marijuana patients. This strain can help relieve stress and depression, as well as, help with insomnia and headaches – even migraines.

The body effects of the Hindu Kush shine through in OG Kush to help alleviate pain and inflammation. In addition, OG Kush may help relieve symptoms of ADD/ADHD, anxiety, bipolar disorder, and hyperactivity.

OG Kush has a relaxing, soothing body buzz coupled with an energetic, euphoric cerebral effect which can provide patients and consumers a relaxing, yet euphoric effect to battle the symptoms of many mental disorders. Blending the two phenotypes helps create a productive mental stimulation without overdoing it and causing racy thoughts or panic attacks. Perfect for social situations.

Negative side effects, besides the typical dry mouth and dry eyes, can include headache, laziness, or in rare cases or with overconsumption, paranoia.

Like yen and yang, OG Kush may just be the perfect blend between productivity and symptom relief, however, with its sedative effects, consumers may want to save it for the end of the day.