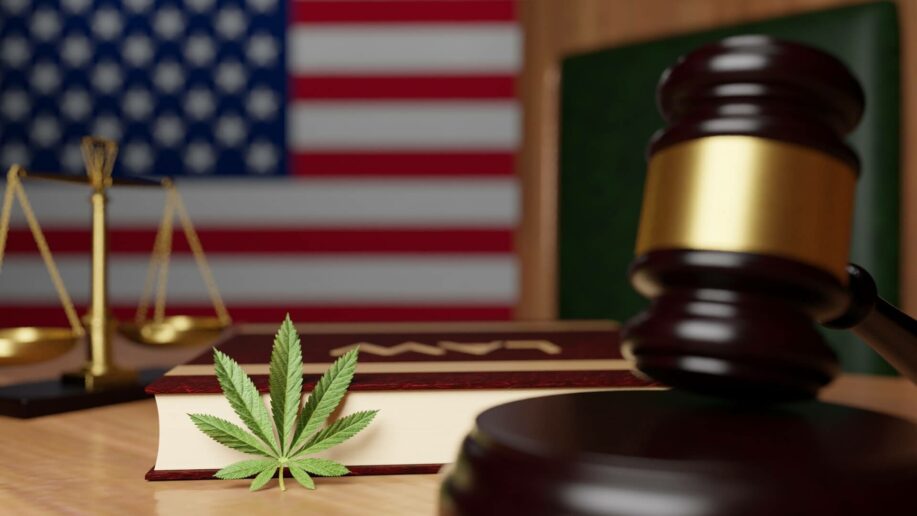 “We believe it is the largest effort in California to wipe out old criminal convictions in a single court motion,” Lacey said during a press conference.

• Seattle Wipes Cannabis Charges Dating Back As Far As 30 years

When Proposition 64 — which legalized marijuana in California — passed in 2016, prosecutors in the state were tasked with reducing past marijuana convictions from felonies down to misdemeanors.

Earlier this week, Lacey motioned a judge to dismiss 62,000 felony convictions going as far back as 1961 and 4,000 misdemeanor convictions in 10 cities across Los Angeles county.

“I am very proud to announce that we have asked @LASuperiorCourt to dismiss nearly 66,000 cannabis-related convictions in #LACounty. We believe it is the largest effort in California to wipe out old criminal convictions in a single court motion.” – District Attorney Jackie Lacey pic.twitter.com/bzAch9c6nJ

Lacey said she also “took the will of the voters one step further. I expanded the criteria to go above and beyond the parameters of the law to ensure that many more people will benefit from this historic moment in time.”

LA County Superior Court Judge Sam Ohta signed the order on Tuesday, effectively removing felony records of 22,000 people in California. For another 15,000, the move means they will no longer have a criminal record at all.

“I am privileged to be part of a system dedicated to finding innovative solutions and implementing meaningful criminal justice reform that gives all people the support they need to build the life they deserve,” Lacey said in a statement.

The eligible include anyone over the age of 50 or under 21, anyone who hasn’t had a felony conviction in the last ten years, and anyone who has completed probation for cannabis convictions.

“If you have a record, you don’t have to worry about even going through and having it sealed… We’re making a motion to seal it because we realize that’s the issue,” Lacey explained. “When you go to apply for a job, you go to apply for housing and your record comes up, even though we’ve expunged it, that may not give you help.”

“As a result of our actions, these convictions should no longer burden those who have struggled to find a job or a place to live because of their criminal record,” Lacey said.

Righting the wrongs of the War on Drugs

Lacey’s office said only 3% of people eligible for conviction relief had received it before Thursday’s announcement. The current process for clearing someone’s records involves a “time-consuming, expensive, and confusing” process of petitioning the court.

To find people eligible for conviction relief, Los Angeles County worked with Code for America, a non-profit group, to create an algorithm to do the work.

“It had to do with developing an algorithm and developing our criteria, we wanted to go above and beyond what Prop 64 required,” Lacey said. “In working with Code For America, it took some time for them to develop a particular algorithm, find the right type of computer system to plug them in. In addition we wanted to go further and capture the misdemeanors.”

Evonne Silva, Code for America’s Senior Program Director of Criminal Justice, said in a statement that Thursday’s announcement shows that “automatic record clearance is possible at scale and came help right the wrongs of the failed war on drugs.”

“Today’s action marks the completion of our California Clear My Record pilot, through which we will have helped to dismiss and seal more than 85,000 marijuana convictions across the state,” Silva added.

While Lacey’s move is certainly welcome, critics slammed her for taking so long to take action.

“We had to do all the legwork … that could’ve been done with one decision,” said Eunisses Hernandez, the Los Angeles campaign coordinator for JustLeadershipUSA, on organization working to cut mass incarceration in half by 2030.

According to the LA Times, Hernandez said Lacey’s announcement, which came less than three weeks before the primary election, was nothing but a publicity stunt.

“She’s doing it now to bump herself up as a progressive,” Hernandez said. “She could’ve taken this action years ago.”

Anyone wanting to know if their case has been cleared can contact the LA County Public Defender’s Office special hotline at 323-760-6763.

The move follows similar action by Illinois, whose Governor, JB Pritzker, issued 11,017 pardons to people convicted of low-level marijuana convictions on the last day of 2019.

In 2018, Seattle, Washington, filed a motion to vacate hundreds of marijuana-possession convictions going back 30 years.