Does Holding In Hits Get You Higher? We Have The Answer! 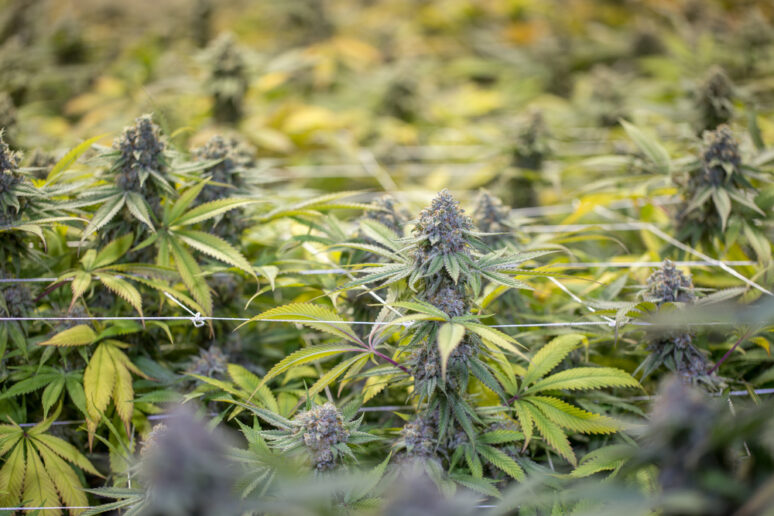 Cannabis Myths: Does Holding In Hits Get You Higher?

There is a widespread myth out there, which states that the longer you hold in a hit from a joint, the higher you will get. But there’s another piece of cannabis community wisdom that’s been doing the rounds for almost as long – that all the THC and other cannabinoids get absorbed almost instantly, and there’s no need to hold in a hit.

So who’s right? Let’s take a look at what we know. There is a study from 1989 conducted by researchers at the University of Chicago, which states that:

“Subjects were exposed to each of three breath-hold duration conditions (0, 10 and 20 sec)… but there was little evidence that response to marijuana was a function of breathhold duration.”

And then there’s this 1991 study from the University of Chicago, which states:

“Significantly more CO was absorbed from both P and M smoke after 20 s of breath-holding… Effects of marijuana on mood were not consistently affected by breath-hold duration. The results confirm previous findings that prolonged breath-holding does not substantially enhance the effects of inhaled marijuana smoke.”

So, according to these studies, holding it in for longer doesn’t increase the “high”, although it does increase the amount of carbon monoxide that enters the bloodstream!

Of course, that’s just a couple of studies, and there don’t seem to be many more out there to back up or contradict the findings. So it’s not much of a consensus, but it’s pretty much all we have to go on.

So, while you may have heard plenty of people tell you that holding in a hit makes you higher, but unless there’s some evidence to show that it’s actually an increased high from greater absorption of cannabinoids, then doubt remains.

Holding in Smoke May Make You Sicker, not Higher

For one thing, the feeling of oxygen deprivation can certainly cause similar feelings to being high, and if you hold in that hit for long enough, it could certainly start to have an effect. On top of that, if you smoke joints with tobacco, the “enhanced high” could be related to the light-headed feeling tobacco can sometimes produce.

Even without tobacco, we’re talking about smoking (combustion) of cannabis, which produces tar and many chemicals such as benzene and naphthalene.

Smoking Vs. Vaping: Absorption of THC

On the other hand, a more recent study from the University of Leiden in the Netherlands, conducted by renowned cannabis researcher Arno Hazekamp, has got certain stoner circles talking. This study was not on joint smoking but on vaping, using a classic Volcano vaporizer made by German company Storz & Bickel.

According to this study, people that used the Volcano vaporizer exhaled a pretty significant percentage of inhaled THC – in fact, 35% on average! The study instructed participants to hold their breath for 10 seconds. It would be interesting to repeat the study with different “holding” times to see if it altered the amount of THC being exhaled, as that could help answer the question.

By the way, although we’re not die-hard Vaporizer fanatics, we can’t help but see how the evidence is stacking up for replacing smoking with vaping. This quote here, from the Leiden University study, has got us thinking…

“Using cannabis plant material as the sample, vapors were found to consist overwhelmingly of cannabinoids, while the combusted control contained over one hundred additional chemicals, including several known PAHs.”

Vapor from a vaporizer is NOTHING but cannabinoids, whereas smoked cannabis contains a hundred extra chemicals that aren’t cannabinoids (which could be harmful). So with that in mind, would you want to hold in combusted smoke from a joint for a long time?

As we mentioned before, it’s not like there is a firm consensus on these questions, and future research may change our understanding in various ways. But it’s always best to try and get the maximum benefit from your herb, whether you’re using it recreationally or medicinally.

For me, that means taking shorter, quicker puffs when smoking cannabis and longer, deeper, more leisurely puffs when I’m vaping. In the end, I find it to be not just the most effective and safe way to do things, but actually the most enjoyable!

Your view may be different – let us know if you still think holding in hits gets you higher in the comment section below!

13 responses to “Cannabis Myths: Does Holding In Hits Get You Higher?”