How much is a Dime of Weed (Dime Bag, Nickel Bag, Dub Sack) 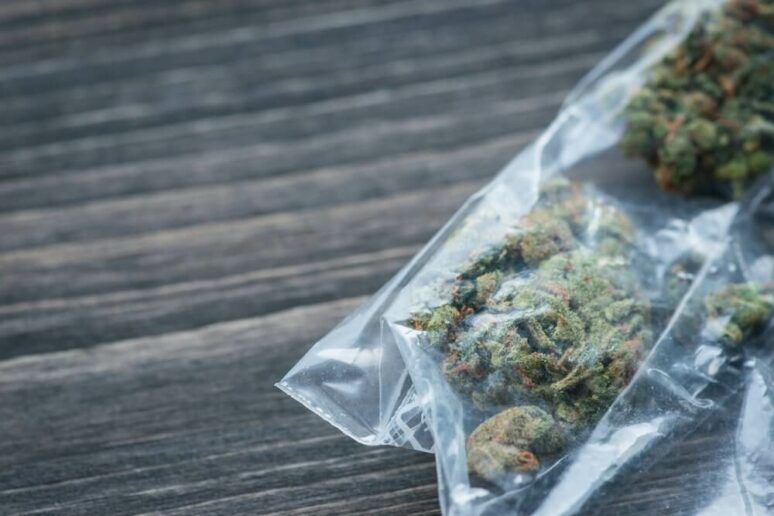 How much is a Dime of Weed (Dime Bag, Nickel Bag, Dub Sack)

Just when you thought you were well versed in weed etymology, when you think you’ve got the lingo down pat, a passing phrase in conversation throws you for a loop. What is a dime of weed? Didn’t you hear your dad say that once? More importantly, does anyone besides your father even use the phrase anymore?

Truthfully, regulation is changing the market, and a dime bag of weed will be harder and harder to come by. Nickel and dime bags are a lingering reminder of how the underground weed industry used to work. When you were getting your weed from the shady dealer behind the corner store, or the hippy with the long dreadlocks at the music festival, there usually wasn’t much choice.

Unlike dispensaries today, you didn’t have any product options back then. Did the dealer have an indica? Did he have a sativa? Maybe your dealer just made up a cool-sounding name to help sell what was realistically ditch weed.

In the past, dealers priced all weed the same. There was no reason to differentiate on price. Yes, you could buy in bulk for a discount, but 10 dollars worth of weed from one dealer was pretty much the same as any other.

The New Era of Selling Weed

A typical dispensary will price its products accordingly. Like the different kinds of apples available at the grocery store, weed now comes at various price points and is sold by weight. In the past, it wasn’t so clear-cut.

What is a Dime Bag of Weed? 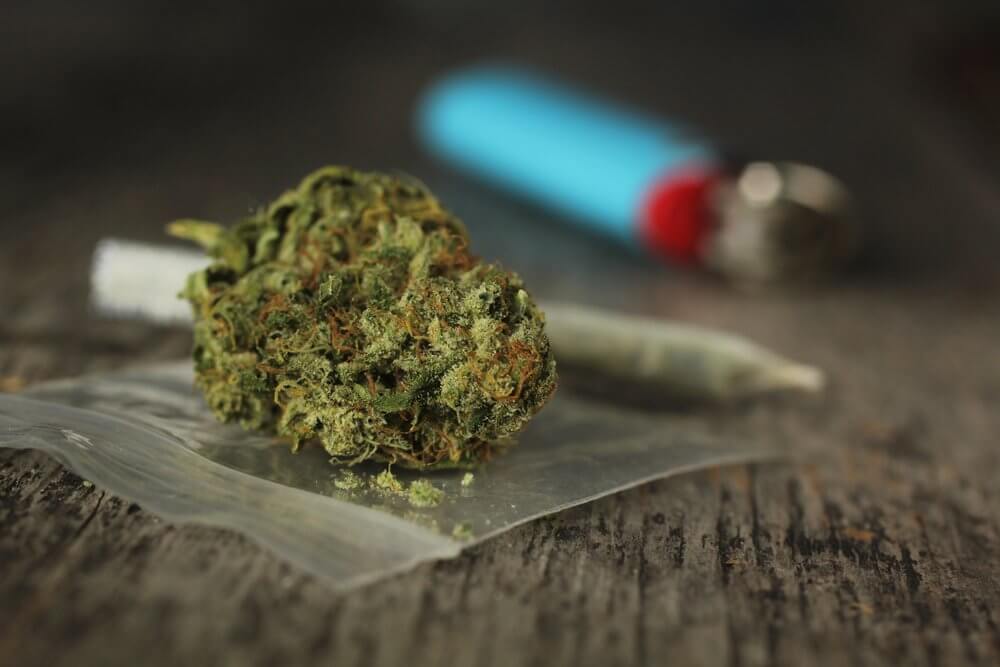 Way back when dime bags were a common way to sell weed. Instead of the name referencing the product’s total weight, it referenced the price. The term dime bag indicated that you bought 10 dollars worth of weed. But exactly how much weed were you getting?

It depended on where you lived, the quality of weed, and often the whim of the drug dealer. The actual weight of a dime bag varied widely from one dealer to the next. You probably got a pretty good deal if you had a good relationship with the guy. You probably got a little less if it was your first purchase.

More often than not, at least in the American and Canadian markets, a dime bag should have equaled roughly a gram of weed. Unfortunately, the price point also wasn’t a good indication of quality. A dime bag of potent northern California bud in 1995 was likely of slightly higher quality than a dime bag of weed from Minnesota.

In summary, when dime bags were a legitimate way to buy weed, it wasn’t a very good description of either size or quality. A dime bag bought you more or less than a gram of weed and indicated indeterminate quality.

What is a Nickel Bag of Weed? 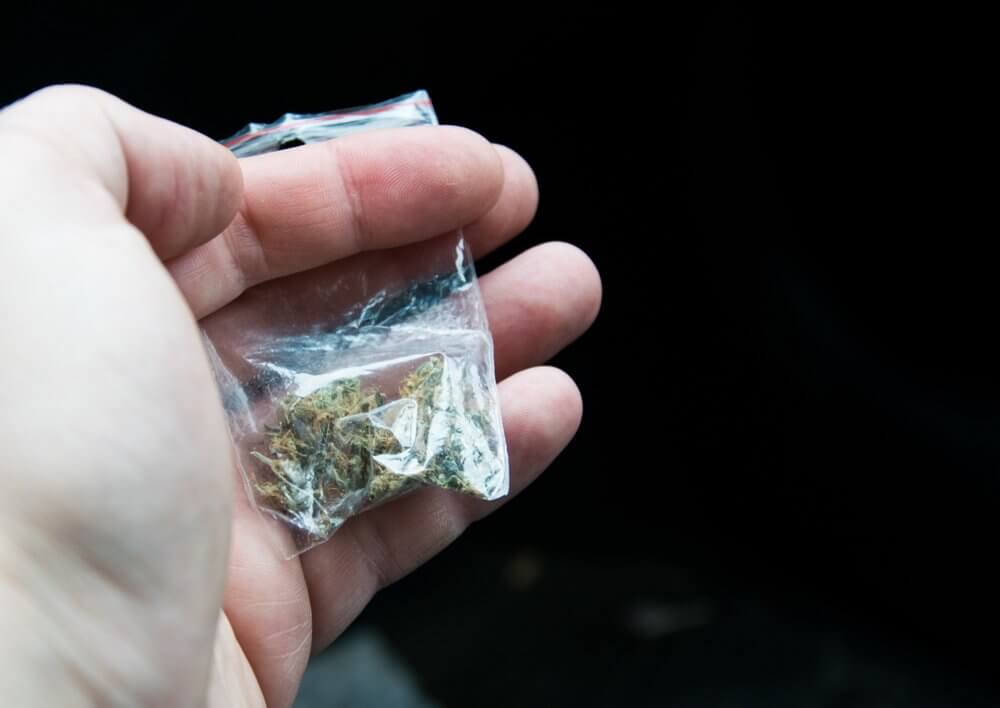 A nickel bag of weed isn’t much better at describing its contents than a dime bag. It’s probably a worse description because it was only worth five dollars. In today’s weed-friendly world, it’s tough to imagine rolling up the dispensary only to buy five dollars of chronic.

Back in the day, a nickel bag of weed cost five dollars, and according to the stories, it usually didn’t amount to much. Most nickel bags were mixtures of shake, the lowest quality ditch weed, or maybe even oregano. Dealers didn’t make much money from nickel bags and therefore didn’t put much effort into what went in them.

What is a Dub Sack? 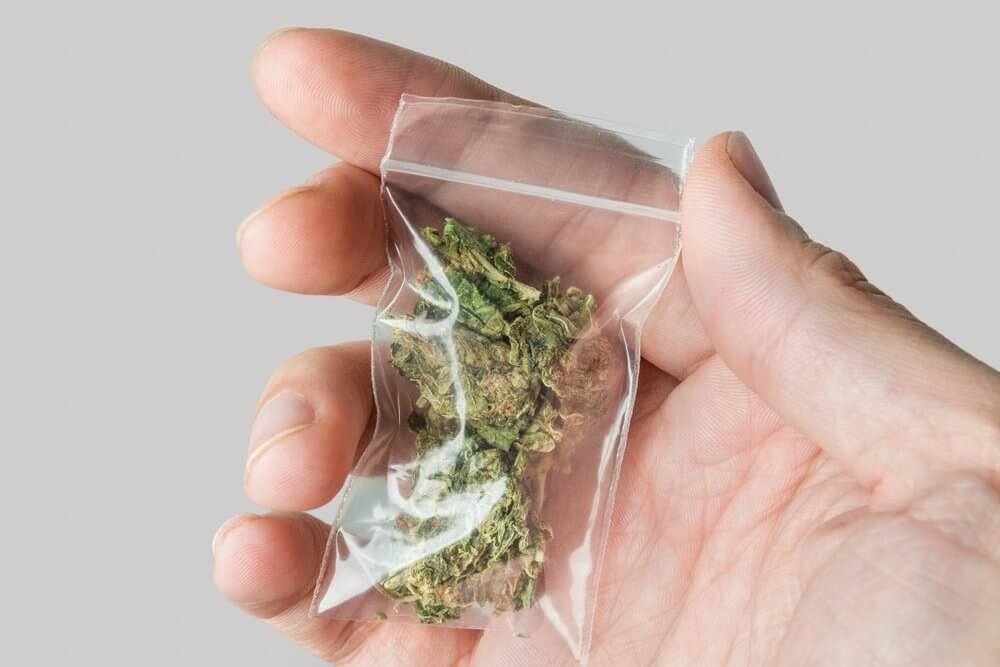 A dub sack is less well known than a nickel bag or dime bag, but it was a similar measurement form. Instead of indicating the weight, it indicated the amount the bag cost. A dub sack was 20 dollars, but the contents varied widely from one place to another.

If you dig through the internet forums from the early 2000s, before dispensaries came into the picture, a dub sack came in many different sizes. Some people reported that a dub sack was eight grams of good weed, and others said it is usually only a gram. Quality also varied.

Although you can easily do the math that two dime bags of roughly a gram each would equal a dub sack of approximately two grams, this wasn’t always the case. As with the other antiquated terms from the recent past, the quantity and quality of a dub sack were highly variable.

How Much is a Dime Bag Around the World?

What about if you live outside of the continental U.S? Did a dime bag still mean the same thing? The language wouldn’t have been the same, but did the equivalent of 10 dollars in the U.K buy the same as in India?

In today’s economy, just as in years past, the price of weed is vastly different from one region to another. Because weed isn’t legal everywhere and still is highly illegal in some countries, the demand is high and the supply low.

In countries like Japan, finding any weed at all is challenging. The possible legal repercussions are high if caught. Because of this danger, ten dollars of weed in Japan will only get you 0.25 grams.

But in India, the motherland of the spiritual herb, weed is much cheaper. It varies depending on where you purchase in India, but you’ll always get lots of bang on the Indian sub-continent. For example, in Northern India, 500 rupees (less than ten dollars) was about ten grams of weed. In Goa, 15 dollars would buy you five grams of good hash.

Ten dollars worth of weed fluctuates from one country to the next based on supply and demand. The local laws don’t stop people from smoking weed, but they will increase the price per gram. How much does weed cost in your country?

What is a Dime Bag Today?

Even if a dime bag doesn’t truly exist anymore in legalized states, some places and some aging dealers might still use the terminology. Before agreeing to buy a dime bag from your dealer, get a good look at it first. Smell, weigh, and decide if it’s worth 10 dollars.

In a dispensary, recreational and medical marijuana is sold by weight, typically by the gram. Some places may have discounts if you buy in bulk, like a quarter or an eighth of weed, but likely most stores will sell on a per gram basis.

Canadian prices through a dispensary are also better, ranging from 10 to 13 dollars depending on quality. As a comparison of how regulation affects price, there are no legal budtenders in Australia, and the prices can get out of control. The average street price ranges from 10 to 18 dollars, quality dependent.

It’s Time to Phase Out the Dime Bag

Because people are paying more attention to quality and quantity, it’s time to stop using dime and nickel bags as measurement forms. In the past, consumers couldn’t take their dealer to task for shorting them on the product or selling them ditch weed instead of potent chronic. Things are different in today’s market; consumers can safely speak with their dispensary if there are any concerns about quality.

Because now there are regulations and quality controls, selling weed based on weight is a much better system. There’s no reason to use code words like dub sack when doing the deal. Plus, now you can purchase any marijuana you want and spend 20 dollars on the quality of weed you want.

6 responses to “How much is a Dime of Weed (Dime Bag, Nickel Bag, Dub Sack)”