It’s official: Global health experts at the United Nations are recommending that cannabis and its key components be formally rescheduled under international drug treaties. The WHO is calling that whole-plant cannabis, as well as cannabis resin, should be removed from Schedule IV (the most restrictive category of a 1961 drug convention signed by countries from around the world).

Further, the body also wants THC and its isomers to be wholly removed from a separate 1971 drug treaty and instead added to Schedule I of the 1961 convention, according to a WHO document that has not yet been formally released but was circulated by cannabis reform advocates.

Cannabis and the resin from the cannabis plant would also remain in Schedule I of the 1961 treaty—they are currently dual-designated in Schedules I and IV, with IV being reserved for those substances that are seen as particularly harmful with limited medical benefits. (That’s different from the U.S. federal system, under which Schedule I is where the supposedly most dangerous and restricted drugs—like weed, heroin, and LSD—are classified.)

The WHO has been expected to release their statement at a meeting in Vienna in December, but they delayed the announcement for unknown reasons. 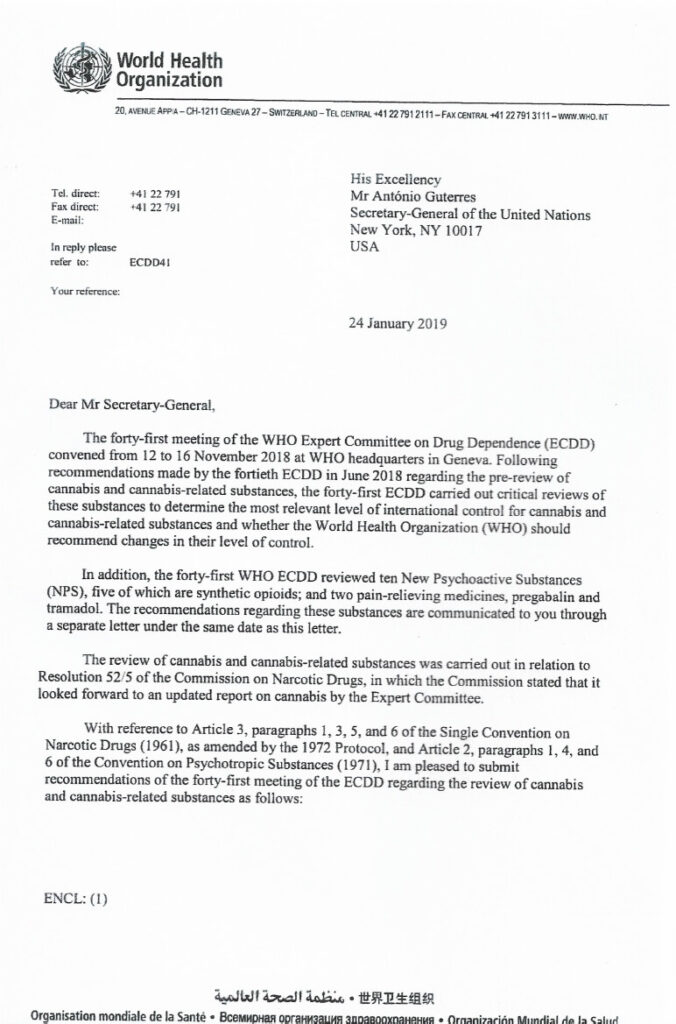 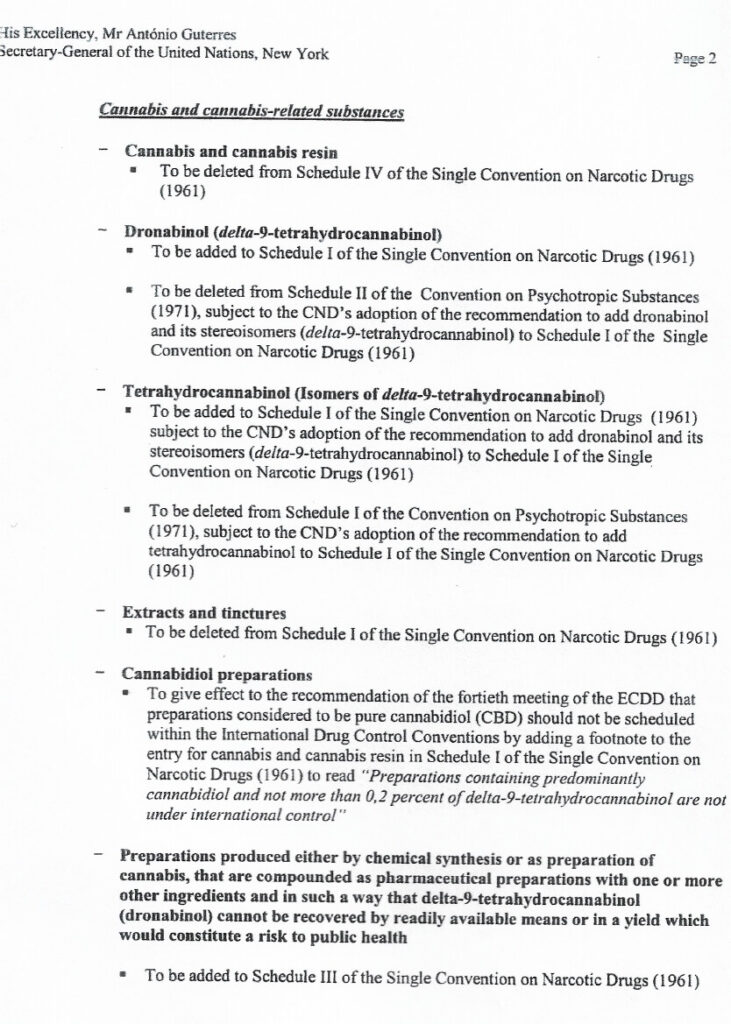 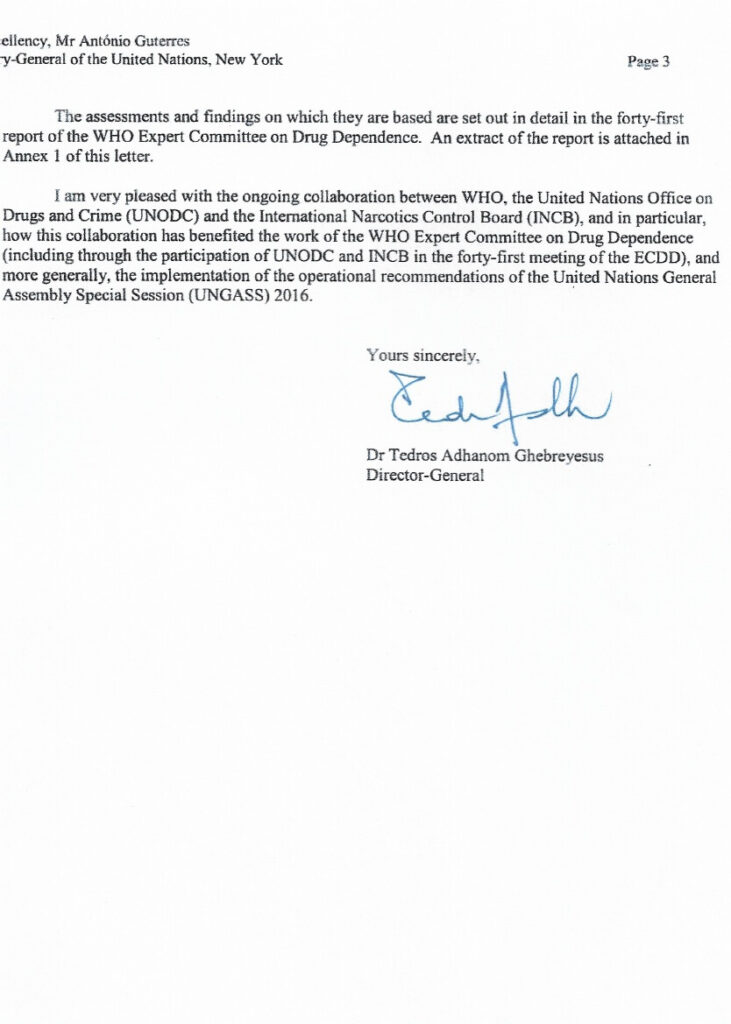 Another thing to note; The WHO makes it clear that cannabidiol and CBD-focused preparations containing no more than 0.2 percent THC are “not under international control” at all. It had previously been the case that CBD wasn’t scheduled under the international conventions, but the new recommendation is to make that even more clear.

The proposals will now go before the UN’s Commission on Narcotic Drugs, potentially as soon as March, where 53 member nations will have the opportunity to vote on accepting or rejecting them. It is possible that it will move to March 2020 due to the two-month delay in publishing the results.

The practical effects of the changes would be somewhat limited. This means that the WHO wouldn’t allow countries to legalize cannabis and still be in strict compliance with international treaties, but their political implications are hard to overstate.

Taken together, recommendations, if adopted, would represent a formal recognition that the world’s governing bodies have effectively been wrong about marijuana’s harms and therapeutic benefits for decades.

We will let you know of any further related developments.